A new White House report on homelessness says that overregulation and other factors have led to hundreds of thousands of people living on the street.

A new Trump administration report argues that factors such as overregulation and “misguided and faulty policies” have produced today’s ongoing homelessness crisis, and floats the possibility of using police to help solve the issue.

The report, from the White House Council of Economic Advisers (CEA), spans more than 40 pages and notes that more than half a million people in the U.S. are homeless on any given night. Of those people, 35 percent are unsheltered and forced to live on sidewalks, in cars and other places “not intended for human habitation.”

A variety of factors have led to this situation, the report argues, including “the overregulation of housing markets, which raises homelessness by increasing the price of a home.” 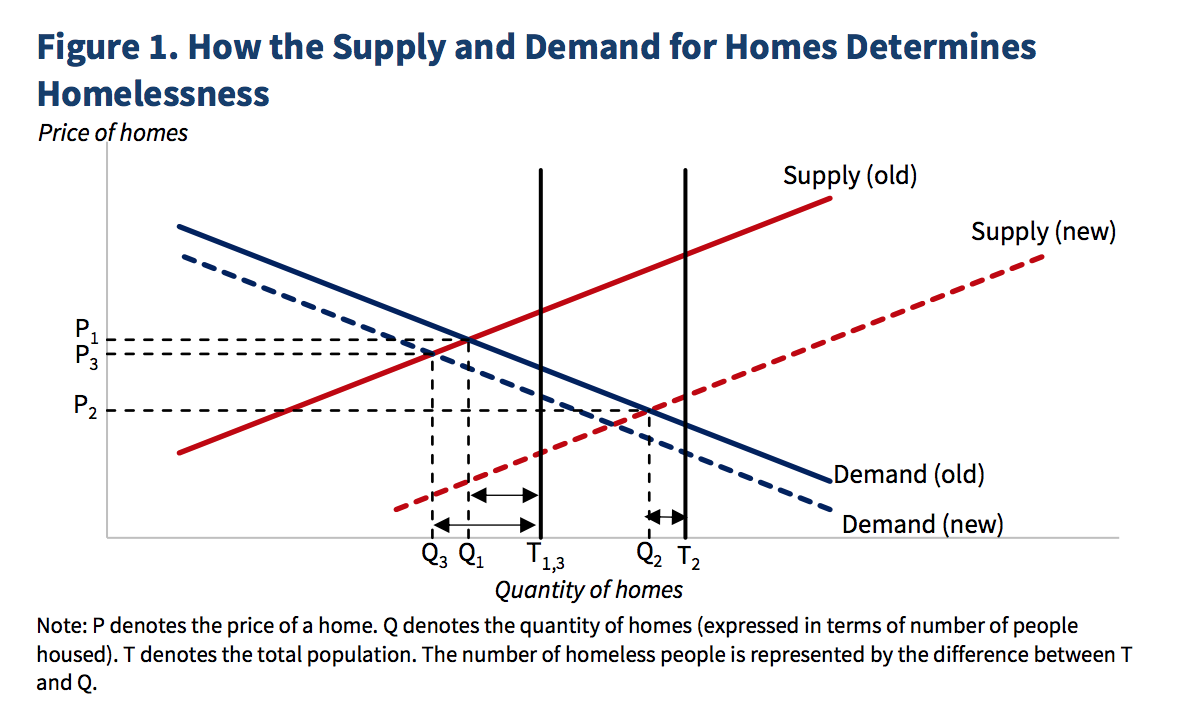 Regulation, and its elimination, has been a major focus for the Trump administration over the years. Among other things, the White House has shrunk a pair of national monuments, proposed vastly increasing offshore drilling, sought to open up parts of Alaska to oil and gas exploration, and has supported the idea of ditching single-family zoning.

On June 25, President Trump also signed an executive order meant to clear regulations that could trip up the construction of affordable housing.

The viability of these various proposals varies, but it is worth noting that the themes in the new report on homelessness fit in with the White House’s ongoing anti-regulation agenda.

The new report also identifies mental illness, warm weather, the “failed policies of the past” and the supply of non-permanent housing such as shelters as contributing to the large numbers of people experiencing homelessness in the U.S. 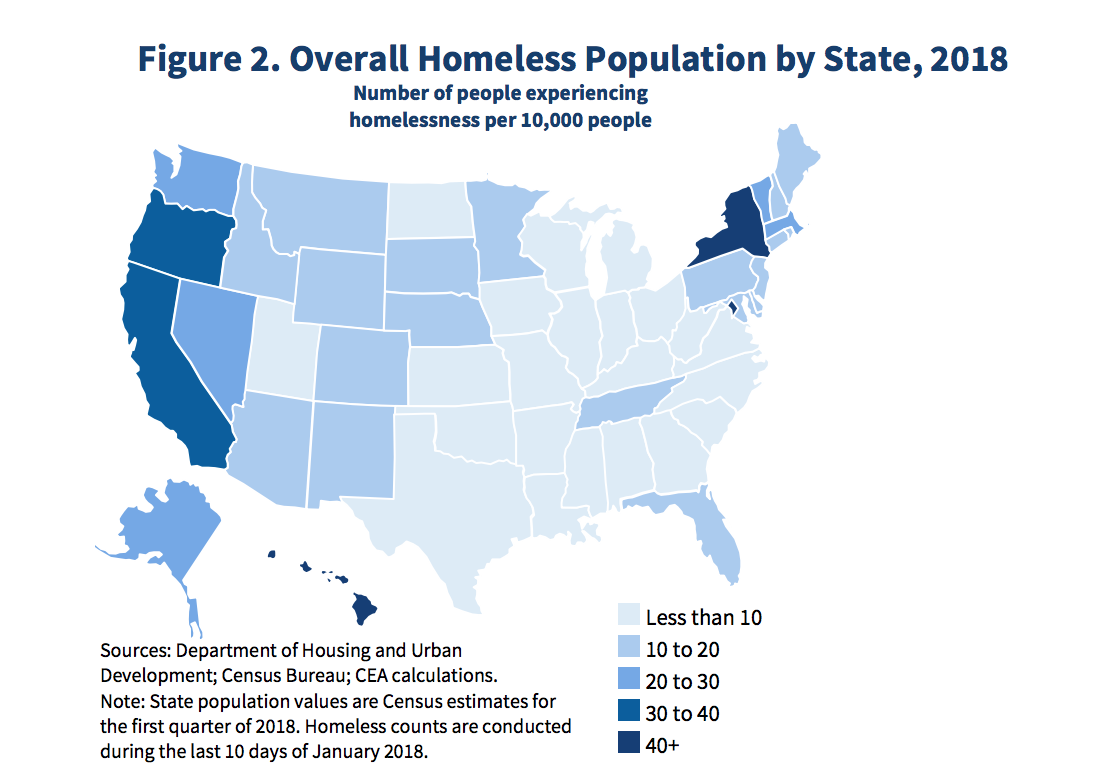 Though there is broad agreement right now that homelessness is a serious problem, some of the CEA report’s solutions may be more polarizing. The report notes, for example, that while “policies intended solely to arrest or jail homeless people” are wrong, “policing may be an important tool to help move people off the street.”

During a phone call Monday, CEA chairman Tom Philipson also reportedly floated the idea of leaning on law enforcement, telling reporters that “policing may be an important tool to help them get off the street,” the Washington Post reported.

Neither Philipson nor the report elaborated on how exactly police might be used to address homelessness.

The idea of using police to deal with homelessness may be welcomed by some homeowners in cities such as Los Angeles that have seen a proliferation of tent encampments on sidewalks. But it is likely to be met with resistance from the advocacy community. The National Coalition for the Homeless, for example, has condemned the criminalization of homelessness and believes that it actually exacerbates the problem. 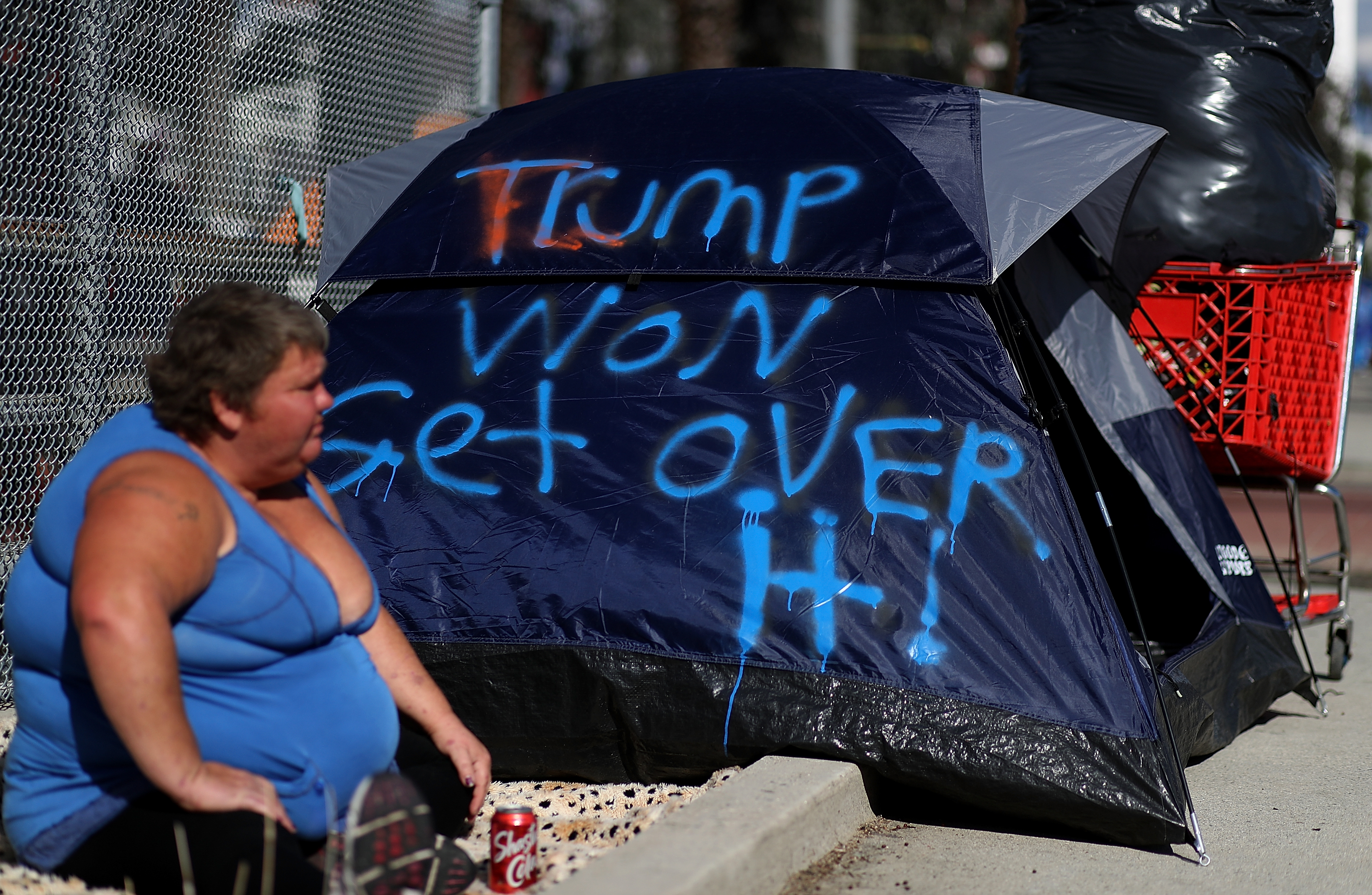 Lisa Rogers, a woman experiencing homelessness, sits next to her tent that was vandalized with graffiti on Jan. 24, 2017 in Los Angeles. | Credit: Justin Sullivan and Getty Images.

Trump is also visiting California Tuesday, reportedly in part for a fundraiser hosted by real estate developer Geoff Palmer. Palmer is a long-time Trump supporter, and has courted controversy for years over his sprawling, fortress-like apartment buildings in downtown Los Angeles.

Relevant to the debate about housing regulation and homelessness, Palmer has repeatedly avoided Los Angeles’ affordable housing requirements in his developments, some of which are located near homeless encampments and have “defensive” architectural features such as spikes. 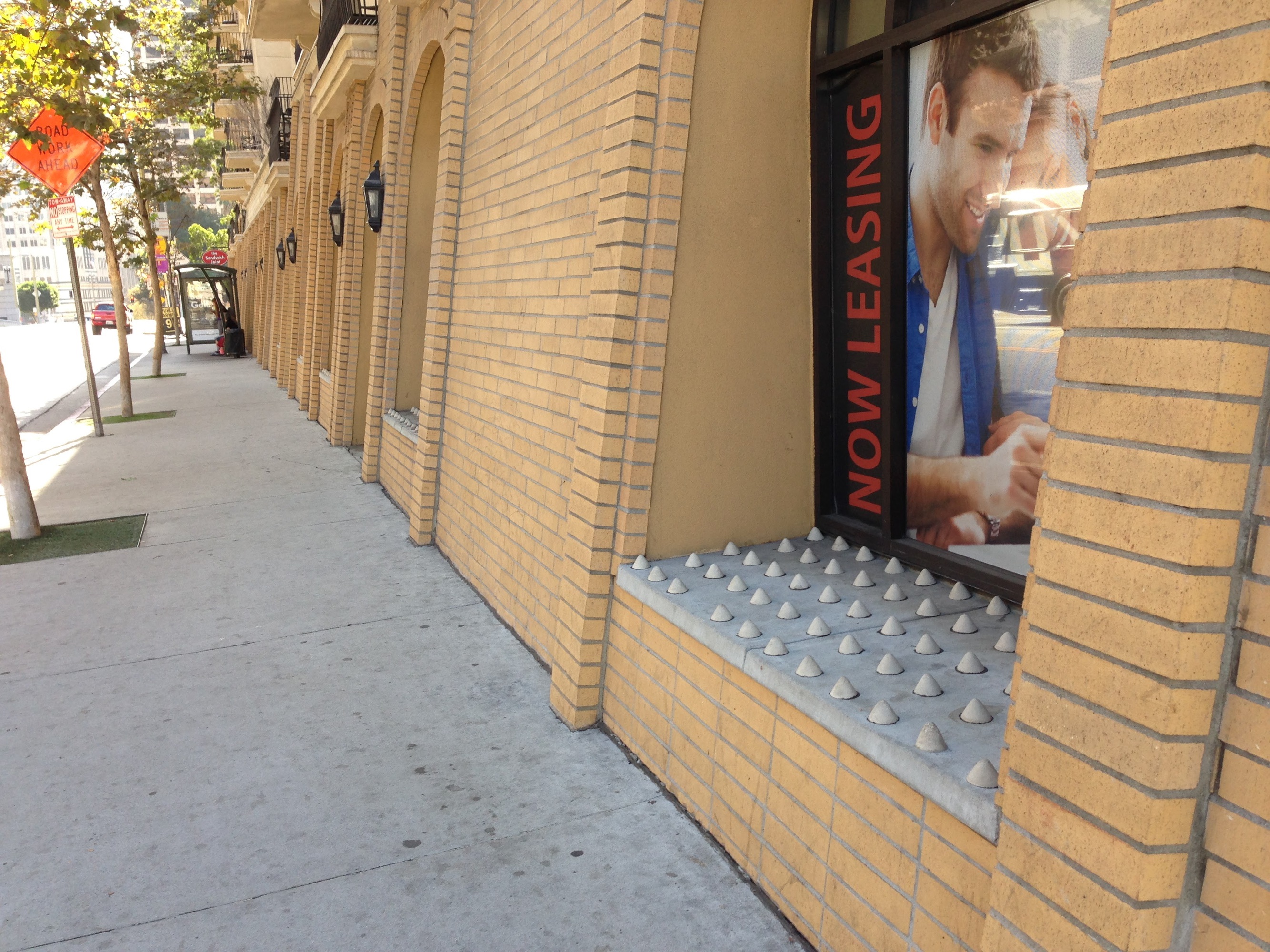 Defensive spikes on one of Palmer’s developments in downtown Los Angeles, as seen in 2014. The spikes deter people, including those experiencing homelessness, from sitting or lingering. | Credit: Jim Dalrymple II

Trump’s fundraiser with Palmer is not open to the public, but the Los Angeles Times reported Tuesday that the president is likely to bring up the issue of homelessness during his visit to Los Angeles. And the new CEA report clearly indicates that the issue remains at the forefront of the White House’s agenda.

“Due to decades of misguided and faulty policies,” the report states, “homelessness is a serious problem.” 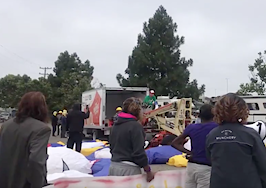 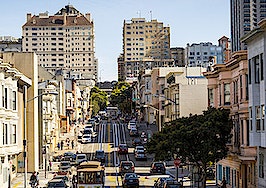