HGTV
by Veronika Bondarenko
You successfully shared the article.
Close

The two agents from the HGTV series “Mountain Mamas” believe Montana is the next real estate market poised for explosion. Homebuyers are moving to the state for its beauty and nature, and its luxury market is growing at breakneck speeds.

“Mountain Mamas,” which began airing in August, features Bozeman-based Trecie Wheat Hughes and Jackie Wickens showing clients the potential in aging and run-down Montana homes. In each of the episodes, Wickens fixes up the exteriors while Hughes modernizes their interior design. 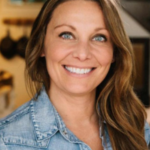 “It’s two women in Montana running the show,” Wickens told Inman. “Most of the homeowners we had on the first season are all clients from real estate who bought their houses with the intention of renovation.”

Inman recently spoke to the agents about the show, the attention that followed and the state of Montana real estate.

How did you get an offer to star in “Mountain Mamas?”

Hughes: Jackie and I have both done another show on HGTV called “Living Big Sky” but we had not met each other yet. Jackie was shooting an episode and I just happened to be at the same place at the same time. One of the cameramen asked Jackie if we had met and from then on, it all went kind of crazy. We started working together immediately and then once HGTV found out that we were working together, they asked us to do a show. And then we got a pilot and a sizzle.

Hughes: A sizzle is literally like a four-minute teaser reel where they put together a quick concept and show the personalities. That has to go through the first round of screening, and then if that gets approved you get a pilot, and if a pilot goes well then you get a show. So it’s like the first hurdle on the path toward getting a show. 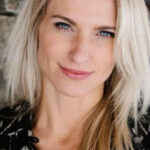 What’s it like to be on a real estate show? Is most of it scripted?

Wickens: Some things need to be controlled in order to have consistency and tell the story. But the best thing about working with our production company is that they truly represented us and our relationship and the way they are. There’s no scripting, there’s no fake drama. It truly comes across as real life. That was my biggest surprise. We didn’t see anything strange after it aired. It happened to be a real representation of who we are. That’s when I was like “well, if it goes somewhere, great, what you see is what you get, and if it doesn’t, we’re not pretending to be something we’re not.”

Does being on a show help agents become better-known and promote their real estate work?

Hughes: Yes. The most fun for me is just getting noticed everywhere we go. People pull us over and talk to us like they already know us and tell us how much they love the show and having Bozeman, Montana, on TV. It’s kind of an honor to represent Montana and our real estate.

Real estate television often focuses on multi-million dollar homes in L.A. and New York. What was it like to represent Montana?

Wickens: It’s definitely fun to watch the other shows. They call it aspirational television for a reason. People are curious about the way wealthy people live and want to see that lifestyle. But just like some people dream of having a mansion in California, there are a lot of people who live in the city and dream of living the Montana lifestyle. We can show them how it’s actually attainable for someone who’s got more of a normal working range or just your average American family. It’s not built on the same level as other shows because there’s a level of fantasy to it. But I think it’s very relatable at the same time.

Hughes: And we’re both working moms so we juggle a lot. It’s just authentic, and I think that’s what the American people are looking for and really want. They want something that’s real, that they can really see themselves in and, I don’t know, I think it’s different from all the other shows because it’s two women in Montana running the show. Most of the homeowners we had on the first season are all clients from real estate who bought their houses with the intention of renovation. So they were normal working people, they’re not second-home owners or anything like that.

Wickens: It’s a lot more expensive than you think. Our particular part of Montana is the fastest-growing city of its size in the country. Our market is just climbing price-wise, and our fringe areas around Bozeman have really seen an increase in property values as well because some people are getting pushed out of Bozeman or are attracted to those areas because they can get more for their money. So our market is really, really healthy. It rebounded a lot faster after the recession than a lot of other places. I got my start right after the recession, and I couldn’t have dreamed how quickly it would come back stronger than ever. We’re lucky to work in this market and just to live here.

So what are your plans for the next year? What do you hope to achieve next?

Wickens: That is a great question. We do not yet know if there is going to be a second season of the show so we’re in a little bit of a limbo stage of not knowing what we are planning for but what we can plan for is just continuing to grow our brand real-estate-wise and plan for growth whether it involves the show or more real estate production. We really want to settle into the Coldwell brand and leverage that as well. From the show, we have several homeowners here who have seen the show and want us to either sell their home or manage their jobs and their renovations. With the show, our circle of clients and friends has expanded. It’ll be interesting and fun to see how we do both at the same time and in bigger volume. 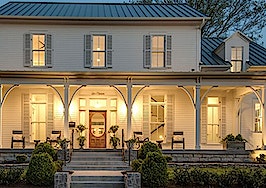 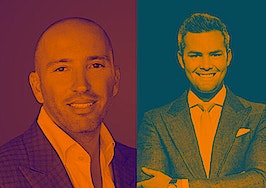 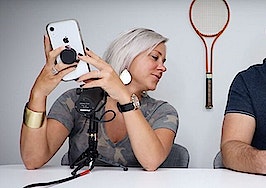 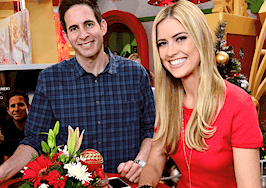