On this edition of “Keeping It Real,” a recurring podcast series on Inman, Peter Lorimer discusses how agents should react when those around them feel unsure about the future.

On this edition of “Keeping It Real,” a recurring podcast series on Inman, Peter Lorimer discusses how agents should react when those around them feel unsure about the future.

There is a general unrest both in the market and in politics that is causing fear and confusion. And when we are dealing with something as massive as real estate, that uncertainty can be really sticky, if not paralyzing.

When there is fear swirling about, the white space is leadership. Many are afraid to step up and act during times like these, but it’s exactly what our clients need. Stepping into roles of leadership during shaky times will allow real estate agents to stand out, and it will allow them to have even more traction when times are more stable.

The white space — where the fewest people are found — is the space we should run toward. It’s also the most uncomfortable. But trust me, it will garner compounding positive results.

Many are concerned about the current market and what they should do next. Although none of us have a crystal ball, and we aren’t able to predict the future with certainty, we can all research. We can ask professionals in other fields. We can read, and we can learn. It’s our job to never switch off. And most importantly, it’s our job to pass this knowledge on to our clients.

I’ve been told that the agents at my brokerage and I are streetwise. We are, but not because we have some innate talent that others could never have. No, it’s because we put in the time to research.

It’s about working your tail off, having a great strategy and researching. And most importantly, it’s about acting, not reacting. That’s how you can run toward the white space and come out on top as a leader during uncertain times. If you’re ready to start running, have a listen to this podcast as you get started. 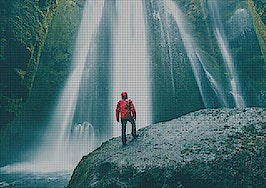 Keeping It Real: Achieve your goals by starting small 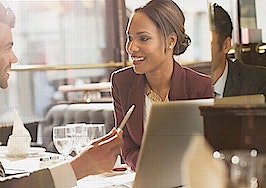 Keeping It Real: 4 tips for getting a steady diet of mentorship 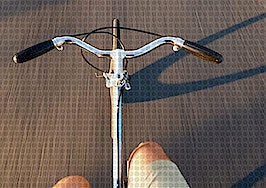 Keeping It Real: Why you have to take control 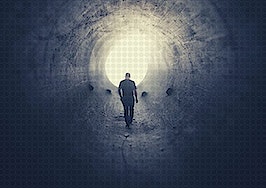 Keeping It Real: How to overcome professional insecurity