A startup called Nico is putting a social entrepreneurial spin on real estate crowdfunding by buying buildings in gentrifying neighborhoods and then selling small stakes in those buildings to local residents and other investors.

The company’s stated goal is to cut residents in on the profits that normally go exclusively to developers, while giving these residents a say over how buildings are managed (or redeveloped or sold).

Nico expects to launch a fund in the Los Angeles neighborhood of Echo Park in early 2020. It will initially own three rent-stabilized, multi-family buildings in the neighborhood but could expand over time.

“Echo Park is home to about 45,000 people,” Nico CEO Max Levine and President John Chaffetz wrote jointly in a Medium post Friday. “For the vast majority of them, owning property in their neighborhood is out of reach. By lowering the barrier to owning shares of local real estate so significantly, Nico represents an opportunity for many more people to build financial wealth by investing in their own neighborhood.”

Nico is focused on buying and holding properties for the long-term, with the goal of extending their “effective life” and reducing “negative impacts on the environment,” according to its website. It’s better equipped than most to pursue this mission as a “public benefit corporation,” which means it has flexibility to pursue social benefits, not just profits.

Nico casts its fund as a superior investment for locals, noting that “investing in things like stocks, bonds or other assets can feel distant and abstract.”

“You can now invest in something local and concrete: buildings in the neighborhood you love,” its website says.

From the company offering them shares, residents will learn “more about finances and real estate so you can feel confident about building long-term wealth,” including with educational events, customer support and other resources.

Visitors are also told buying into Nico’s fund is a way to “diversify your assets,” since it owns handful of buildings, rather than just one. Of course, if diversification is a goal, there is also the option of investing in funds that own thousands of properties in many markets (Real Estate Investment Trusts) — or funds that own thousands of corporations (index funds).

It remains to be seen how much of the fund residents will own and how much will be owned by Nico or outside investors.

“We’re not able to give projections, but our hope is over time that the Neighborhood REIT has meaningful participation from local stakeholders,” Levine told Inman.

Another unknown is the extent to which residents will be able to influence the fund, regardless of their collective stake. Levine said local owners will receive special shares that give them “certain advantages” without offering further specifics. However, he said these benefits would be outlined in a future SEC filing.

“The Neighborhood REIT will be externally managed by Nico and we expect local stakeholder input and feedback, including but not limited to that of local shareholders, to help inform the strategic priorities for the Neighborhood REIT over time, especially with respect to our non-financial objectives as a public benefit corporation,” Levine said.

Low-income renters are often leery of redevelopment since it can increase their rent and cost of living, sometimes displacing them in a process that’s called “gentrification.” Local homeowners, on the other hand, can be more supportive of the process since it tends to boost their home values.

“There is tension and the way that real estate investors typically approach this tension skews heavily towards pure financial maximization,” Levine said, when asked about this.

Ultimately, it will be up to Nico, not the local owners of Nico’s fund, to navigate this tension.

“The Neighborhood REIT will be professionally managed by Nico (so it won’t be left to any individual shareholders to balance or navigate this tension),” Levine said.

“Our initial properties are all subject to the City of Los Angeles’ rent stabilization ordinance, which has strong protections for the residents of those buildings and which we embrace,” Levine added. 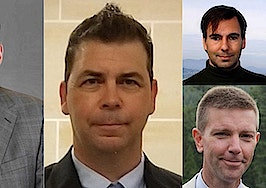 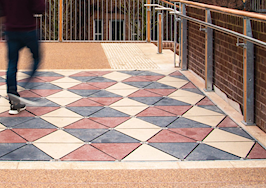 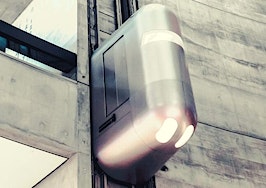