According to apartment listing portal RentHop’s latest study, New York City has one of the highest rates of poop complaints in the nation, thanks to the city’s overwhelming registered dog population, which totals more than 84,000.

From January to November, New Yorkers filed 1,714 poop complaints — a 17.5 percent decrease from last year (2,458). Queens had the highest complaint rate (529), but RentHop said the Bronx has the highest poop-to-person ratio, with 10.4 complaints per 10,000 households.

Dogs and dog owners in Manhattan seem to be the most well-behaved, as all Manhattan neighborhoods except for Hell’s Kitchen, Hamilton Heights, and Central Harlem had less than five complaints per 10,000 households.

On a neighborhood-by-neighborhood basis, Williamsburg, Fort Greene, and Brooklyn Heights were the cleanest in NYC with no more than one poop complaint this year. Meanwhile, Middle Village, Westchester-Unionport, and Maspeth were the city’s dirtiest neighborhoods with upwards of 57.7 complaints per 10,000 households.

Want to lessen your chance of stepping in dog doo? Then move to one of New York City’s more expensive neighborhoods. RentHop found poop complaint rates decreased as the median rent of an area increased. 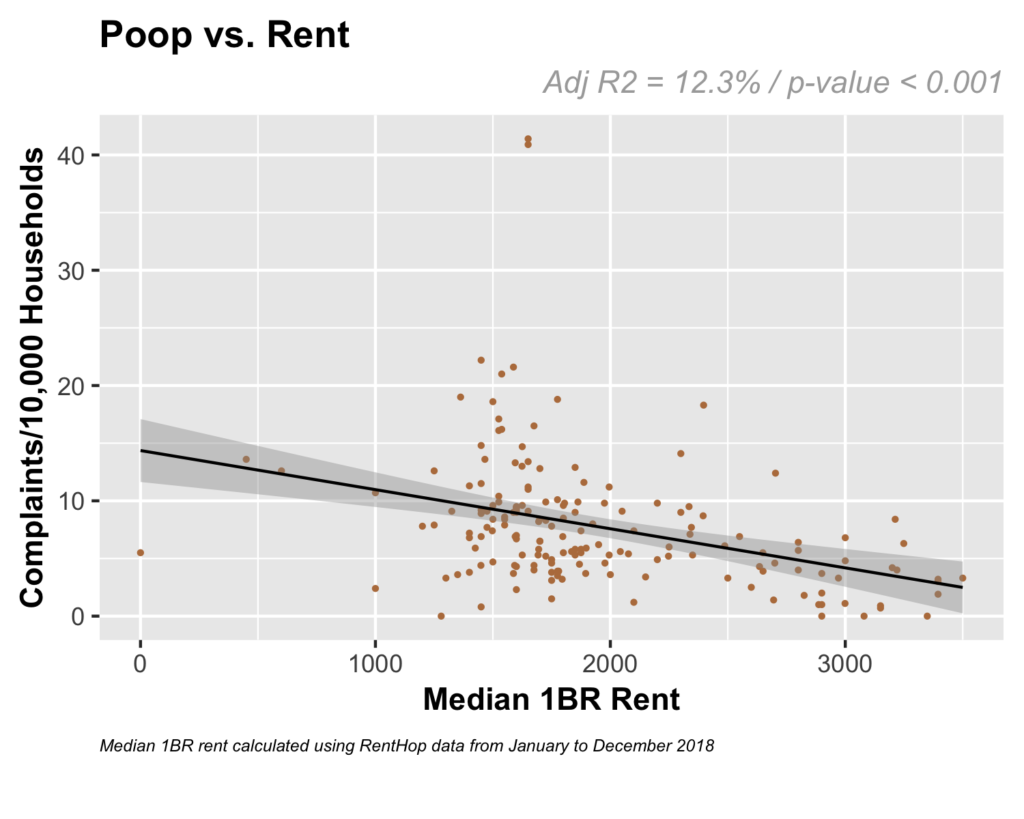 Although the complaints have risen by as much as 200 percent year-over-year in some New York City neighborhoods, the city as a whole, is steadily solving this smelly situation. 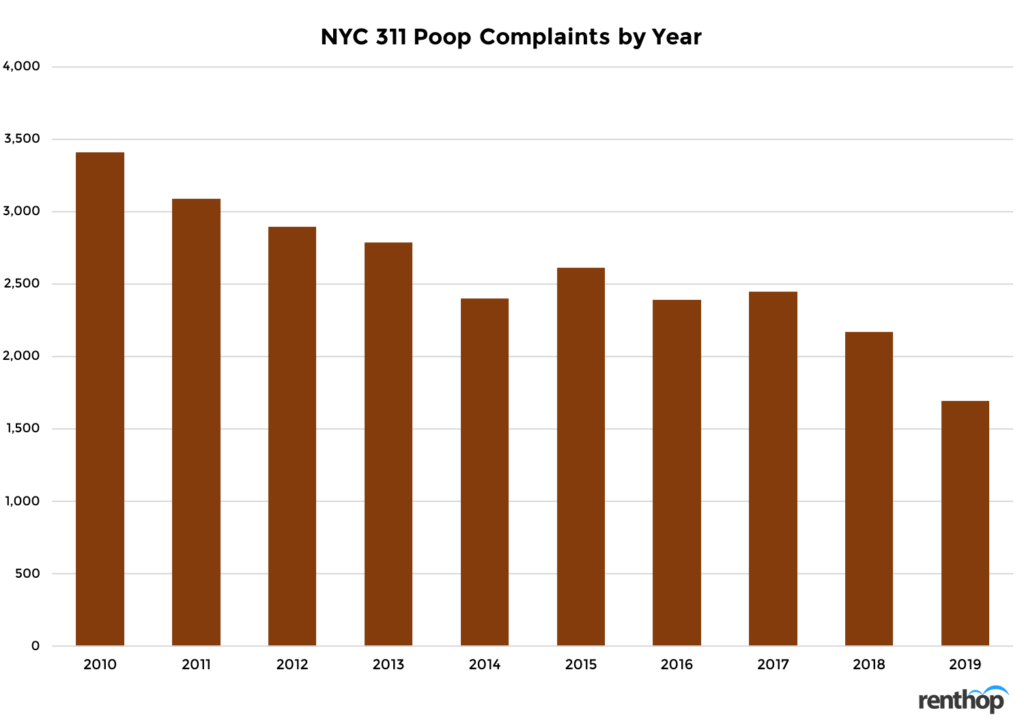 According to NY City Lens, the drop in poop complaints is primarily due to city residents turning to neighborhood blogs to call out repeat offenders and remind neighbors that failing to pick up after your dog is a violation of the city’s 41-year-old Pooper Scooper Law.

“Unless there’s somebody from sanitation staring at you and catching you in the act, nothing can be done!” Bronx parks advocate Nilka Martell told the Lens. “That’s why we encourage more community effort and more eyes on the ground.”

At the announcement of the project, the mayor gave one piece of advice: “I’d say to people if you’re not going to bother to clean up after your dog, don’t have a dog.” 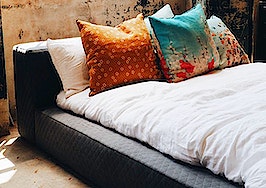 The tiny critters that are infesting real estate 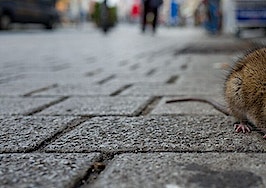 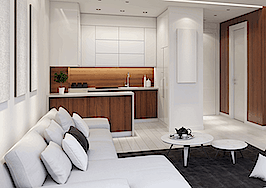 Which US city has the smallest apartments? Hint: It’s not New York 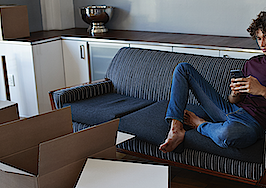 Economic uncertainty pushing millennials toward renting
Back to top
Only 3 days left to register for Inman Connect Las Vegas before prices go up! Don't miss the premier event for real estate pros.Register Now ×
Limited Time Offer: Get 1 year of Inman Select for $199SUBSCRIBE×
Inmanpot
Log in
If you created your account with Google or Facebook
Don't have an account?
Create an Account
Forgot your password?
No Problem