Travel restrictions, uncertainty and the U.S. handling of the pandemic are taking a toll, but outdoorsy vacation spots are still hot among international buyers.

U.S. homebuyer demand has surged during the coronavirus pandemic nationwide, but the picture for foreign buyers is more nuanced. While there appears to be a decrease in foreign buyer activity overall, well-known high-end vacation spots with gorgeous scenery are hot among the overseas set while dense cities and less glamorous areas with fewer outdoor amenities seem to have lost some of their appeal, according to real estate agents on the ground.

“Between China’s capital controls and trade tensions, while they remain amongst the top investors, we are seeing a significant dip in foreign purchases from Chinese buyers in the U.S. We are keeping an eye on the election, as it will have an impact on either foreign or domestic investments depending on what candidate becomes president.

“Right now, the greatest impact on the housing market right now is the domestic buyer taking advantage of low interest rates and a desire to find security and enjoyment in their home.”

Foreign buyers bought $74 billion worth of U.S. existing homes from April 2019 through March 2020, down 5 percent from the previous 12-month period and the second consecutive annual drop in foreign investment in U.S. residential real estate, according to a survey from the National Association of Realtors released in August.

Although the survey ended in March and therefore does not include data on the impact of the pandemic (except perhaps the first couple of weeks of lockdowns), foreign buyers and recent immigrants have been less of a force in the U.S. housing market over the last two years, according to NAR Chief Economist Lawrence Yun.

In a phone interview, Hitt told Inman that there’s definitely been a decrease in the share of foreign buyers during the pandemic, though he believes there will be pent-up demand because the U.S. and Canada are still very safe places to live and invest.

Still, he noted that “our PR situation wrapped around COVID” has created concern among foreign buyers.

“The reality is there’s people looking at our country from afar. They’re seeing on the news, they see political unrest, they see the racial unrest, and they see the number of COVID cases spiking. That story is not as positive as we would like it to be as a country. I think there’s a lot of people who are concerned,” Hitt said.

“A lot of that could just be media, but it is a reality that the world sees us differently right now than they might have seen us at other times in our history.”

He also said border restrictions in the U.S. and in other countries have made it tougher for foreign buyers to come to the U.S.

“A lot of countries will not allow passengers from the United States and there are some countries that the United States doesn’t want you coming in. As the borders are more closed, it certainly creates challenges for people going back and forth to view properties or go to closings or do the things that they had in the past. Hopefully that will change,” Hitt said. 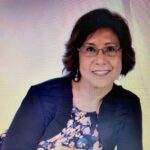 Lyne Lardizabal, an agent at Century 21 Real Estate Alliance in Tracy, California, said she’s seen a sharp drop in foreign buyers who had accounted for about 25 percent of transactions in the state’s Central Valley pre-pandemic.

Buyers from countries such as Mexico, China, Kenya and the Philippines were previously attracted to the area due to its low prices compared to the San Francisco Bay Area and their desire to buy homes to rent out for additional income.

“There’s a great demand for rentals … not vacation homes. They’re really cheap,” Lardizabal said in a phone interview, noting that a home in Silicon Valley will go for over a million dollars while a similar-sized home will cost one third or one half as much in the Central Valley.

But travel restrictions have meant that foreign buyers cannot come to the U.S. without considerable difficulty and expense, according to Lardizabal. For example, buyers from the Philippines would have to quarantine for 14 days upon arrival in the U.S., she said.

“So, it’s really very difficult for them to be looking around, when they have a short time to be here. And when you go [back] there there’s a 14-day quarantine. So there’s not so much that people can do.” 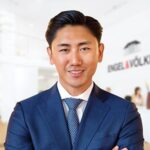 Danny Wang, an agent at Engel & Völkers Boston, has also seen the number of international buyers cut in half during the pandemic — from five per month pre-pandemic to two or three now. Many of the foreign buyers he works with are from Taiwan and they face similar travel restrictions: 14-day quarantine here and there.

“[They have] wonderful return on investment, anywhere from 10 to 13 percent in just in one year” when rented out, but the rental market isn’t doing well, Wang said.

“They just want to see more of a strategy, a plan. Luckily, Boston has handled the pandemic pretty well,” he said.

NAR’s survey found that 48 percent of foreign buyers purchased a home in the suburbs and 29 percent bought a home in an urban area, a figure the trade group said has held steady over the last five years.

“New patterns of domestic migration are trending away from expensive cities to more affordable suburbs and small communities because of the pandemic and greater work-from-home possibilities.”

According to the survey, 7 percent of foreign buyers bought property in a resort area, down from 15 percent in 2009 — but that figure may be going up. 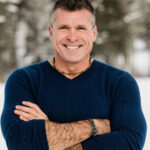 Ted Dawson, managing broker of Century 21 Jackson Hole Fine Homes and Estates in Jackson Hole, Wyoming, told Inman “it’s been game on” in that market since the end of May.

“We’re probably 35, 40 percent ahead of where we were last year, especially luxury pricing. Our company has doubled [and is] on its way to tripling the largest year we’ve ever had in real estate,” Dawson said.

His firm represents the Amangani resort, which is part of the Aman resort chain out of Southeast Asia, and features multimillion-dollar homes. About a third of the brokerage’s buyer pool is international, primarily from England and Germany.

“The number of homes over  $5 million sold is about five times what it has been. That’s a combination of people fleeing the lockdown [and] fear-based cities coming out here. When you’ve got a million acres of hiking trails, river rafting and things like that it’s very easy to social distance in national parks and national forests,” Dawson said.

As soon as the ultra wealthy can leave their countries, they head to Jackson Hole, according to Dawson.

“The amount of private jets we have on any given day sitting at our airport, it’s mind boggling. The pandemic has just blown the doors off of our markets,” he said.

“They’re happy to be freed up from their … ‘COVID prison,'” he added.

Paul Benson, co-founder and CEO of Engel & Völkers Gestalt Group in Park City, Utah, owns 35 offices and about 60 percent of them are in vacation spots.

The offices in Los Angeles, San Francisco, Long Beach and Salt Lake City aren’t spiking the way Park City, Zephyr Cove in Nevada, and Lake Tahoe, Sonoma and St. Helena in California are, according to Benson.

“The resorts have attracted the wealthiest buyers I’ve ever seen in my career over the last few months.”

More than 10 percent of his business is foreign buyers, particularly from Paris, Hamburg, Switzerland, Hong Kong and Mexico City.

International buyers are heading to the U.S. because they feel it’s the safest place to be both economically and physically, Benson said. But polarization regarding social distancing rules is also a factor.

“I do believe that just that polarization is one of the reasons for the shuffle, not just fear of the disease, of frustration with local government. Because people right now seem to be so far left and so far right that they literally change towns and change housing over it.

That’s also true for the foreign buyer right now because, as much of a mess as maybe we think we are, we still seem more attractive than what’s going on in some of the other countries right now.”

He’s seeing foreign buyers pulling out of what seem to be higher risk yield stocks or investments and adding more U.S. real estate to their portfolio.

“They’re targeting places with trails, space outdoors, but they do still … want access to an international airport,” he said.

After being confined indoors, people are looking for a lifestyle change, according to Benson.

“In these smaller towns, when you get a little bit of momentum going, it does create a little bit of a frenzy because then people have been looking at properties they thought they have all the time in the world to buy when they were ready and now they’re just flying off the shelf and prices are going up,” he said.

This summer he personally sold homes that had been on the market for three or four years with multiple offers in the $15 million to $20 million price range.

“I never thought I’d see that in Park City. In ski towns in general, you usually only get business in the summer and a little bit in winter. It’s not uncommon for homes to take years to sell in that price range and this year, it’s almost like the bigger, the faster,” he said.

“I’ve been a luxury agent for many years, I’ve just never seen a moment where our inventories were this low and there were so many people that wanted to be part of that resort-type living,” he added.

He anticipates the market will stay strong for awhile.

“It’s still hard to imagine people not wanting to live in what everyone’s calling the ‘Zoom cities’ where they can be in a beautiful place to ski, hike, have trails, be on the beach, and still be at work,” he said.

“I think that’s going to be a paradigm shift that is not going to stop if the economy stops.” 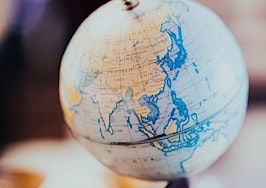 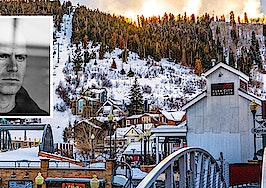 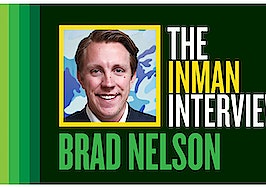 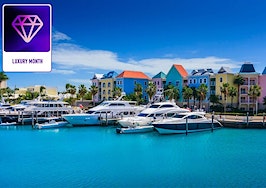