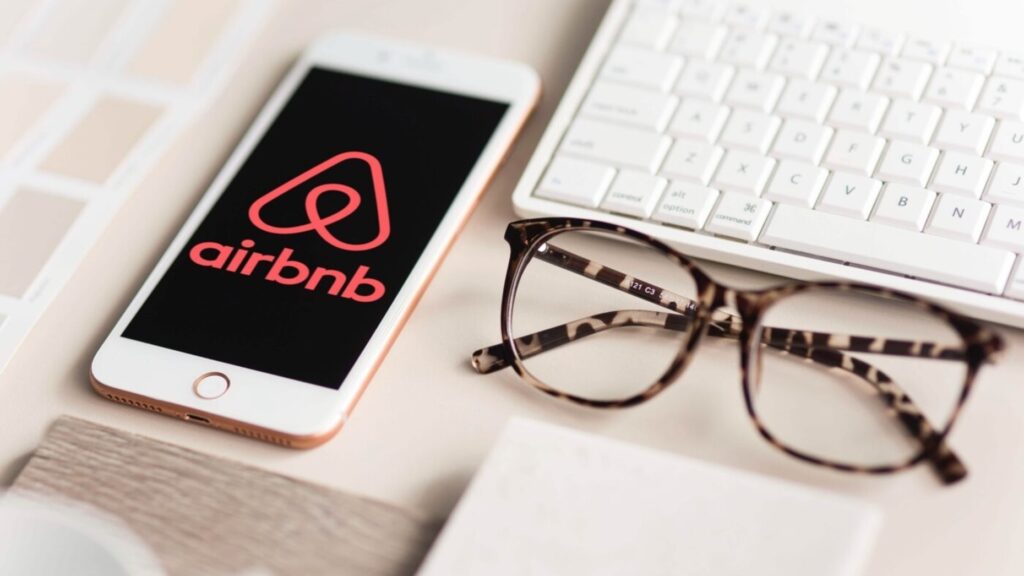 A vacation rental host is leading a class action lawsuit against Airbnb due to the way it handled refunds amid the coronavirus outbreak in the spring.

Filed by Anthony Farmer in San Francisco’s United States District Court for the Northern District of California, the lawsuit alleges that the short-term rental company left thousands of hosts hanging when it offered guests who had booked stays on their platform full refunds in March.

Farmer, who had been renting out a Texas home on Airbnb for three years and is now represented by Gibbs Law Group, has been vocal about wanting to get back the $655 he claims he lost as a result of the policy. He is encouraging other Airbnb hosts affected by the policy to join the lawsuit.

“Although Airbnb promised guests full refunds if they canceled due to COVID concerns between March 14 and April 14, 2020, Airbnb has now allegedly failed to provide those refunds to many guests—and to hosts, Airbnb has paid out a paltry 25 percent or less of what they were supposed to receive under their agreements with guests,” reads a page on Gibbs Law Group’s website about the lawsuit.

When the pandemic first broke out in the United States in March, airlines started canceling flights while countries shuttered borders to keep the respiratory virus from spreading. Airbnb, in turn, allowed guests who had booked on or prior to March 14 a full refund — a decision that left guests with curtailed travel plans relieved and many hosts angered.

“Spring is when many hosts count on earning enough to support themselves through slower months, but now we have hosts who are reporting huge losses of up to 80 percent of their monthly revenue and who are struggling to keep their homes,” CEO of property management company HostGPO Michael Skiles told USA Today back in April. “Many have started to lay off employees and cleaning teams with no other options.” 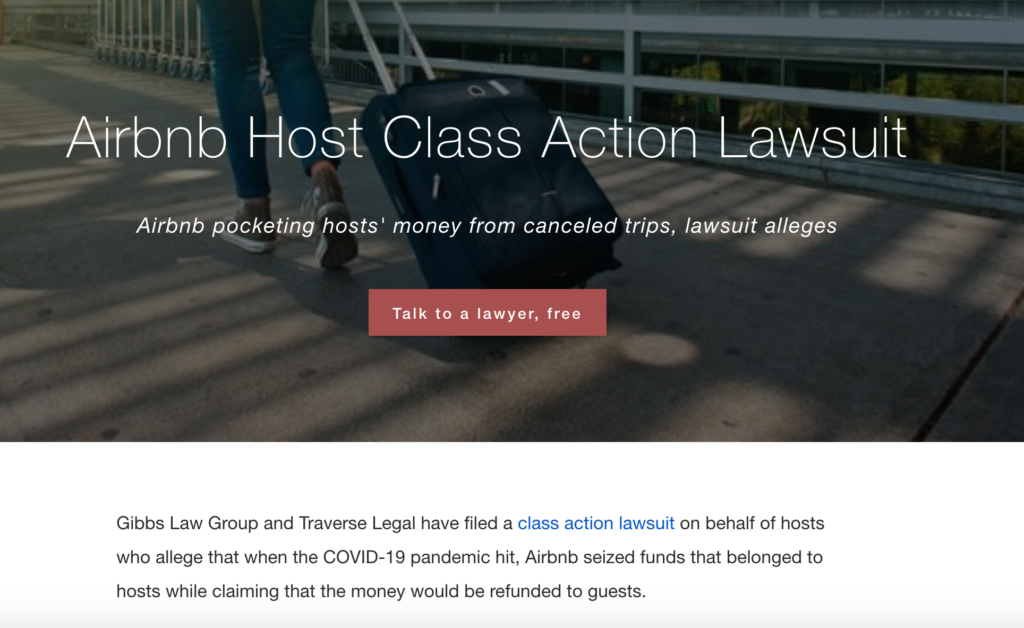 Airbnb later announced a $250 million coronavirus relief fund for hosts, in which those whose bookings were cancelled for a COVID-related reason would receive 25 percent of the regular cancellation policy. Some hosts had been claiming that they did not receive the funds or received less than the full 25 percent throughout the spring and summer.

“Because of the Covid crisis, hosts aren’t getting paid, guests often aren’t getting refunds and Airbnb is just coming out way ahead,” Aaron Blumenthal, the Gibbs Law attorney representing Farmer, told CNBC. “Something that the lawsuit will be seeking is an accounting of where the money is.”

Prior to filing the class action lawsuit, Farmer had taken the matter to Airbnb’s arbitration court as required per the company’s policy. Consumer legal protection company FairShake has worked with Farmer on the arbitration proceedings, but after Airbnb did not pay arbitration fees within 30 days, proceeded with a class action lawsuit as permitted by a revised California law.

Airbnb claimed that an arbitration case was active and pending for October 30 while the lawsuit was “frivolous” and “without merit” since the refunds were a response to an emerging global crisis.

“When the WHO declared Covid-19 as a global pandemic, we made the difficult decision to activate our longstanding Extenuating Circumstances policy and provide full refunds to eligible guests because public health and safety comes first,” Airbnb said in a statement reported by CNBC. “While we know it had a significant impact on bookings and revenue for our host community, we still believe firmly that it was the right thing to do. The allegations in this complaint are completely frivolous and without merit.”

Airbnb is planning to go public and release its initial public offering (IPO) later this week. Farmer has been vocally hoping that his class action lawsuit draws attention to the platform’s treatment of hosts when the public’s eyes are on it due to the IPO.

He claims that, while $655 may not seem like much money, it caused him significant distress after he was left unable to make regular mortgage, utility and homeowners association fee payments.

“I want justice for other hosts who’ve been hurt by this, and I want Airbnb to be held accountable,” he said. 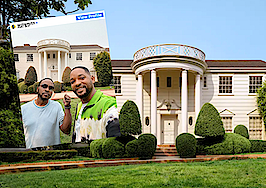 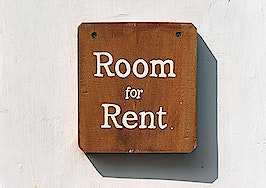 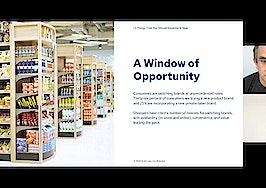