The real estate industry displayed “humility, grace and guts” in what’s been a difficult year for many, Brad Inman said during his opening address at Connect Now on Thursday.

Inman events bring together the real estate community to network, learn and grow. Join us for our next two virtual events: Connect Now on December 17 and our flagship Inman Connect January 26-28 to stay connected and stay ahead. Learn more and reserve your spot.

Brad Inman’s cross-country road trip this summer took him 6,000 miles, through 20 states, both red and blue, a handful of cities, a number of small towns, to National Parks and social hotspots like Ferguson, Missouri.

The road trip, Inman explained Thursday during his opening address at Inman Connect Now, provided a “window into our humility, our grace and our guts.” It’s those same traits that the real estate industry displayed in what’s been a trying year.

“That is exactly what this industry was all about during this eventful year,” Inman said. “You were there when needed, you served when asked and you did it with humility, grace and guts.”

“These behaviors become our habits when we practice them,” Inman added. “This year, lots of practice.”

The days, weeks and even months surrounding the election have been marked by divisiveness, but that wasn’t exactly the picture that Inman saw when he ate grits in Savannah, viewed the Mississippi from the top of a 450-foot bluff in Iowa or lost his keys at a rest station in Utah, only to have a family help him find them in the trash.

“Our country is vast and beautiful, but it’s also young and naive,” Inman said. “Yes, our people are industrious and hard-working and we also get along better than we give ourselves credit for.”

“We are one people more than we are not,” Inman added. “Our differences are not divisions. We agree more than we disagree. We are more peaceful than we are violent. On the road, I saw a lot of acts of kindness and it reminded me that our natural human instinct is to help, not hurt one another.”

As a nation, we have fought a lot lately, Inman said, but we’ve also grieved together. It was never more apparent than when he encountered a mass moment of spontaneous, collective mourning near Lincoln, Nebraska.

For miles, Inman saw fire trucks, police cars and other emergency vehicles, and a long line of cars moving in the opposite direction. People lined overpasses in the dozens.

In the middle of all the commotion was a small white hearse, which carried the body of Mario Herrera, a Lincoln police officer who had been shot weeks earlier and died two weeks later.

“I have many stories to share with you this year as I know you do as well,” Inman said. “We will save them for another time.”

“Maybe when we all hopefully come together live with hugs, laughter and tales from the famous 2020.” 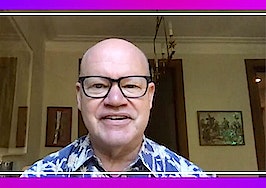 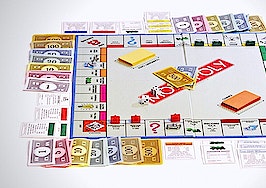 Experts share how building community can build your business
Back to top
Only 3 days left to register for Inman Connect Las Vegas before prices go up! Don't miss the premier event for real estate pros.Register Now ×
Limited Time Offer: Get 1 year of Inman Select for $199SUBSCRIBE×
Inmanpot
Log in
If you created your account with Google or Facebook
Don't have an account?
Create an Account
Forgot your password?
No Problem