The Consumer Financial Protection Bureau says the lender “misled borrowers into believing they could not lose their homes with a reverse mortgage.”

The Consumer Financial Protection Bureau (CFPB) announced it is taking action against Nationwide Equities Corp., a top reverse mortgage lender with a footprint across 38 states in the U.S., for alleged deceptive advertising.

The CFPB is charging a penalty of $140,000 and mandating that Nationwide Equities review its practices after alleging that the company is using deceptive practices while marketing its reverse mortgage product.

The bureau found that advertisements from Nationwide Equities misled consumers about how much money they could receive from a reverse mortgage, the fees and costs associated with the products, and the consequences of nonpayment.

The advertisements violated the Mortgage Acts and Practices Advertising (MAP) Rule, which prohibits misleading claims in mortgage advertising, the Truth in Lending Act, that requires accurate disclosures of the terms and costs of consumer loans, and the Consumer Financial Protection Act of 2010, which prohibits institutions from violating federal consumer financial laws, including advertising of consumer financial products or services under the MAP Rule and TILA.

The CFPB is ordering the company to pay a penalty, cease its illegal conduct and implement a compliance plan to affirmatively review every advertisement to ensure they do not violate federal law.

The Bureau found that Nationwide Equities sent potential customers advertisements that were deceptive and illegal. The advertisements and letters included:

Hidden costs: The advertisements misrepresented the costs of the reverse mortgages Nationwide Equities offered, including the fees it charged for the loans, as well as the associated taxes and insurance.

Hidden risks: Nationwide Equities hid the fact that borrowers must continue to pay taxes and insurance or risk losing their home.

False Pre-approvals: Nationwide Equities told consumers they were pre-approved for specific loan amounts when they were not and misrepresented the potential savings from refinancing consumers’ existing reverse mortgages.

The CFPB found that the company had multiple MAP Rule violations by misrepresenting the fees, costs or payments; taxes and insurance; potential for default and right to reside in the dwelling; association of the product or provider, or source of the communications; available cash or credit; and likelihood to obtain a particular term or refinancing.

In another solicitation, the lender claimed taking out a reverse mortgage loan “eliminates monthly mortgage payments” while allowing the borrower to “stay in your home,” with “loan proceeds [that] are tax-free.”

In response to its findings, the CFPB issued a consent order which requires Nationwide Equities to:

Implement a compliance plan: The company must develop and implement a system to ensure all future advertising templates are affirmatively reviewed for compliance with federal consumer financial law.

Pay a civil penalty: The order also imposes a penalty of $140,000 to be paid to the Bureau and deposited in the CFPB’s Civil Penalty Fund. 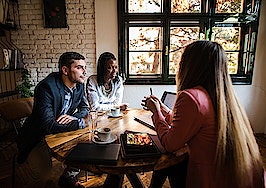 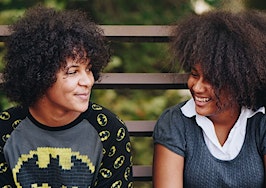 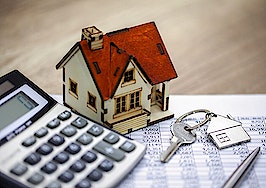