NorthstarMLS and MARIS hope to help smaller MLSs keep their autonomy while cutting down costs for brokers and agents and helping them provide better service to consumers.

Imagine being a real estate broker who works in multiple markets and only has to subscribe to one multiple listing service in order to access real estate listings wherever you do business. If a consumer asks you about a listing they saw on Zillow or realtor.com, you know more about that listing than they do because you can see that listing in your MLS, regardless of geographic borders.

It’s an old, simple idea, but one that is nonetheless not a reality for many brokers and agents across the country. There were 556 MLSs in the U.S. at the end of 2020, according to T3 Sixty. For agents, brokers and appraisers who work in several markets or in one market with multiple MLSs, that can mean paying for multiple subscriptions to provide consumers with the best service.

Twin Cities area-based NorthstarMLS, which has more than 21,900 subscribers in Minnesota and Wisconsin, is changing that with the creation of a common database, the Common Data Platform, and other MLSs are joining in. On Monday, Northstar and St. Louis-based Mid-America Regional Information Systems (MARIS), which has about 14,000 Realtor subscribers in Missouri and Southern Illinois, announced that MARIS is joining the CDP.

Once the CDP goes live for MARIS in first-quarter 2022, 36,000 members of 32 Realtor associations in five states will be on the platform. 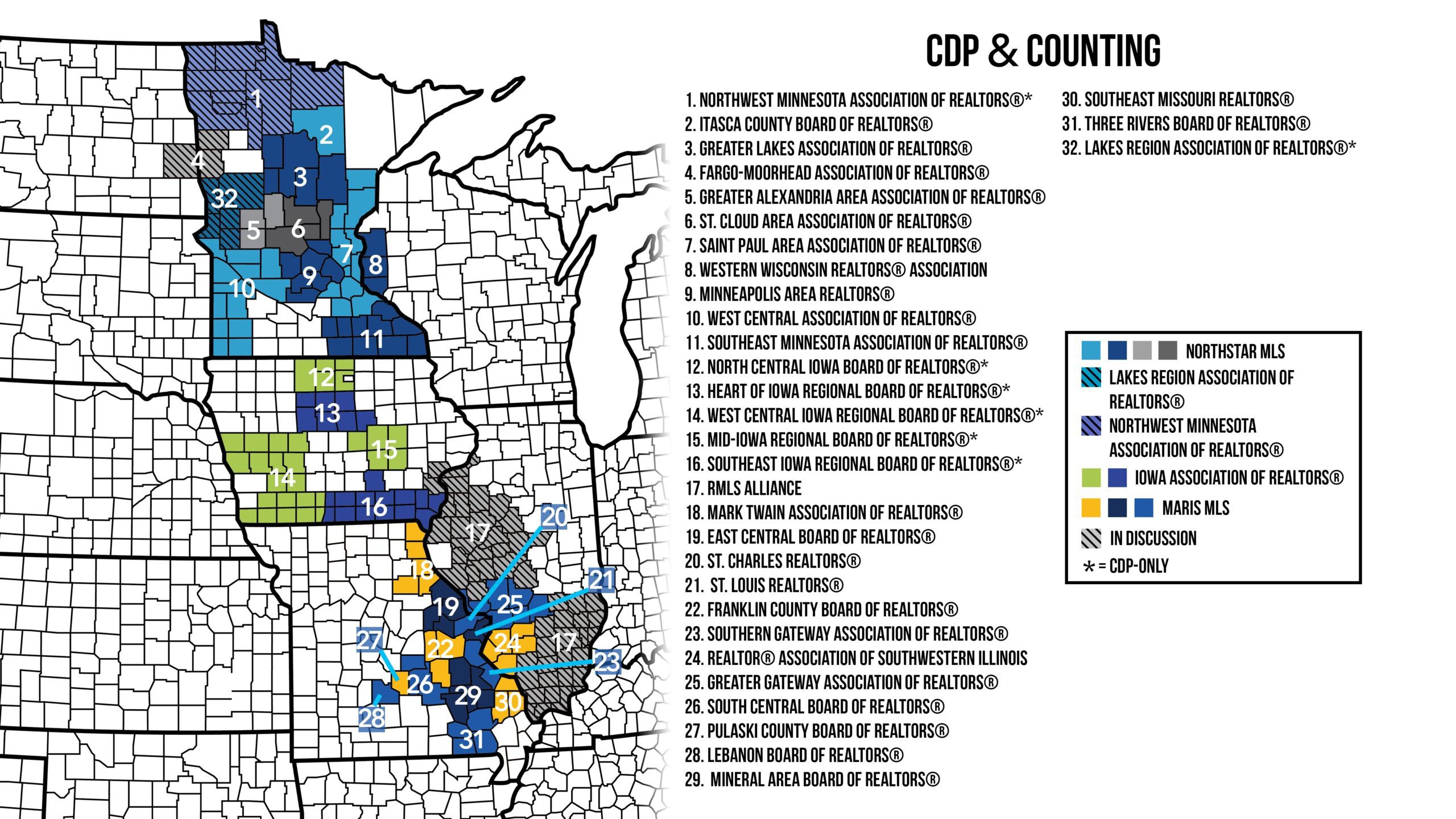 In April 2018, the MLS RoundTable, a strategic think tank comprised of eight mega MLSs, committed to creating a consolidated back end, also referred to as a common data repository, by the end of 2019. It would not be a national MLS, as each MLS would maintain its separate identity and rules on top of the common database and each MLS would keep its own user interface, or “front end.”

“These are things that were important to the industry and we could all agree on them … but not how,” John Mosey, president and CEO of Northstar MLS, told Inman in an exclusive video interview Thursday. NorthstarMLS is one of the RoundTable’s member MLSs.

The think tank chose to focus first on data output, not input, through the MLS Grid, a platform that offers a single license agreement and a single, standardized listing data feed for brokers and vendors who want to pull property data from MLSs in different markets. 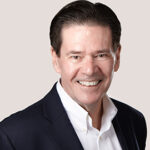 “I became impatient and said, ‘I’m going to execute on [the common database] ahead of everybody else as proof of concept,” Mosey said. “I had utter conviction that it was the right way to move forward. But I was unable to convince anybody else.”

So in late 2018, Twin Cities area-based NorthstarMLS created the Common Data Platform. The MLS already had its own database and add-edit tool, developed in-house. So Northstar began approaching small neighboring MLSs with a new proposition, different than one they had shot down many times before.

NorthstarMLS had been trying to get neighboring Realtor associations to merge with Northstar by touting its footprint, tools and customer service, but had little luck.

“Everything was resistance and obstruction, for want of a better word, to actually make any kind of progress,” Mosey said.

So Northstar considered the possible reasons behind their objections.

“Is it because we’re going to change your technology? [Because] you would have to give up the use of CoreLogic or Paragon or Flexmls because you’re tied to that and all your users are happy with that?” Mosey said. “Is it because you feel you’re losing control that you would have to be abiding by our structure, our policies, or our rules and regulations? Would you lose your identity — a smaller MLS feels like they are representative of the geography they live in — would that go away?”

The Common Data Platform solves those objections, according to Mosey. Northstar offered the common database to those smaller Minnesota MLSs for free and took on the expense of converting their databases to the CDP.

“Then nothing changes in your life except where your agents enter listings and maintain them,” Mosey said.

“You stay with your current technology provider, you administer your rules and regulations, the way you always have, you continue to operate as a standalone MLS entity that your board governs and runs, and all that we do is eliminate the boundaries between us because your members’ inventory will be accessible on the Northstar side of the line and our inventory will be available on your side of the line and no one will have to pay twice to be in business in Minnesota where those boundaries overlap,” Mosey said.

One of the CDP’s first success stories was when an MLS in Southeast Minnesota joined. Beforehand, about 260 users were paying to belong to both MLSs. By combining, those people saved about $130,000, according to Mosey.

“We always considered that to be tip of the iceberg, because there were all these additional overheads and complexities in doing business in two different systems that added cost, particularly at the broker level, that went away,” Mosey said.

Now 11 Realtor associations in Minnesota and one in Western Wisconsin are all operating their MLSs on one platform, adding up to more than 93 percent of the Realtors in the state. Previously, it was common for agents in most of Minnesota to belong to at least two and as many as six MLSs just to do business, Mosey said.

Northstar had been courting one of them for 15 years, and after hearing about the CDP, that association opted to join Northstar as a shareholder, not just as a CDP member.

“I fell off my chair,” Mosey joked.

Agents who use the CDP enter their listings using the CDP’s add-edit tool — a necessity when creating a single data repository, a “single source of truth,” without the complexities of passing data back and forth, according to Mosey. Because the MLSs that join the CDP have local fields that are added to the tool, that makes the CDP more inclusive and makes it easier to onboard other MLSs as they join, he said.

The add-edit tool is not as important to agents — many of whom have a staff member enter their listings — than the search and report features that they use, and can continue to use, through their preferred MLS interface, according to Mosey. CDP currently supports interfaces (“front ends”) from CoreLogic (Matrix), Black Knight (Paragon), FBS (Flexmls) and Remine.

Northstar had previously been part of a datashare with other MLSs in the state but it “collapsed under its own weight,” according to Mosey.

“It was expensive and difficult to support and carried with it a whole lot of overhead in terms of managing its dysfunction,” he said. “It was routinely unable to keep its updates current. Essentially what it was, somebody called it a crock pot. What you were doing was taking data from 16 different sources, putting them into this mixture, this crock pot, stirring it up and sending it back to all of the other participants.

“So you got your own data back plus the data from all the other sources, and there was some consistency in terms of sending it back to you in a form that you could bring into your own systems, but there was a lot of problems once you started stirring them all up in terms of making sure that the photos stayed connected to the proper listing, or that the status changes were recorded properly. So it carried a whole lot of requirements for management at every level.”

“That data-share concept, virtually anywhere in the country, has not been successful,” he added. 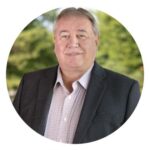 Northstar and MARIS don’t share any borders. But in late 2019, the Iowa Association of Realtors, which operates six MLSs, joined the CDP. Now that MARIS has joined, their combined footprint extends from the Canadian border to Arkansas.

“The MARIS Board of Directors observed the progress that NorthstarMLS was making in Minnesota and Iowa and made a strategic investment in CDP technology with the goal of accelerating the rationalization of markets where our members operate today in Missouri and Southern Illinois,” said David Price, president and CEO of MARIS, in a statement.

He hopes to have the kind of success that NorthstarMLS has had in bringing in other neighboring associations into the CDP.

“Missouri is rather rural,” Price told Inman in a video interview. “There’s a lot of smaller associations. Our goal is literally to have options available, so that people can seek us out and say ‘Hey, that’s what it is. That’s what we’re looking for,’ and still have their own autonomy.”

The partnership has already borne fruit in the sense that MARIS and NorthstarMLS recently concluded a contract renewal with CoreLogic for its Matrix and Realist products where they combined to negotiate as a single account representing a combined user count of more than 35,000.

Mosey anticipates that, in the future, the CDP and giant MLSs such as California Regional MLS (CRMLS), Bright MLS, Houston Association of Realtors MLS and Stellar MLS will be able to talk to each other and grant each other permission to view listings.

“At some point in time the technology will catch up to us where we’ll have interoperability between those databases,” Mosey said. “You’ll be able to make an inquiry from one to the other from Minnesota to California to Florida to Texas.” 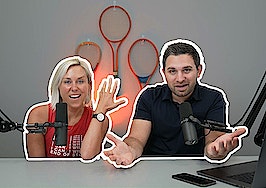 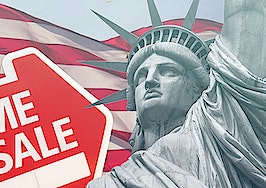 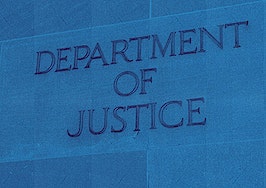