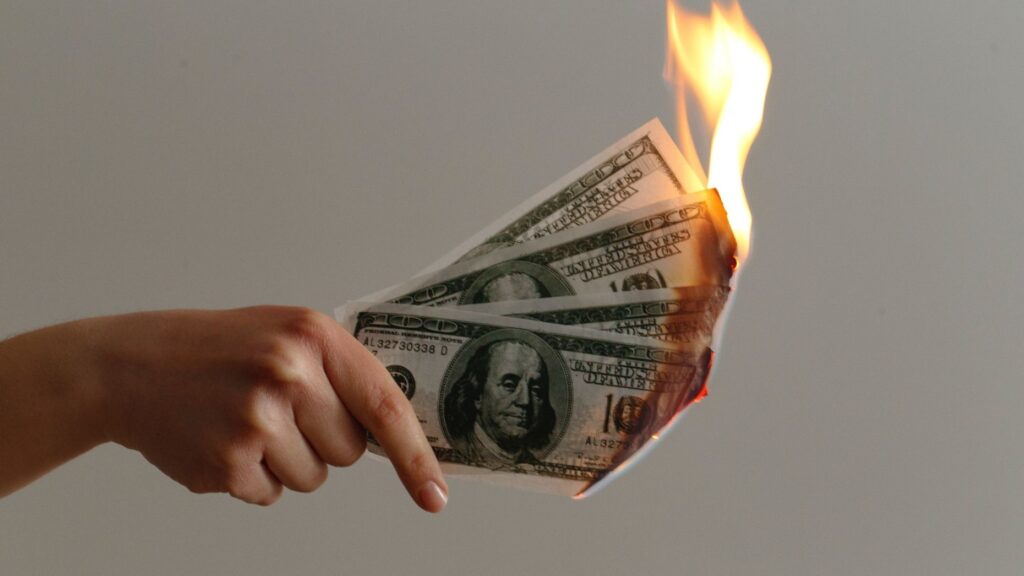 All-cash home purchases skyrocketed to make up nearly one-third of all home purchases thus far in 2021, according to data from tech-powered brokerage Redfin. That figure represents the largest share of homes purchased in all-cash since 2014, and is up 25.3 percent from the number of all-cash purchases made during all of 2020.

For this report, Redfin analyzed county records published between January 2021 and April 2021.

As the economy has continued to rebound, Americans have been able to capitalize on stock market gains — as of Thursday, the S&P 500 Index had gained 36 percent. In addition, many Americans who stayed employed over the course of the pandemic were able to save a good deal of money while spending on most leisure activities was largely put on pause because of shutdowns and the need for social distancing.

On top of that, remote work has enabled people who had been living in pricier cities because of their jobs to relocate to less expensive areas where their dollar will go a bit further.

As a result of all these factors, more buyers are in a position to make cash purchases these days. And while cash is beneficial to those buyers, it may make it more difficult for first-time or lower income homebuyers to make a competitive offer in a market with so many cash offers. 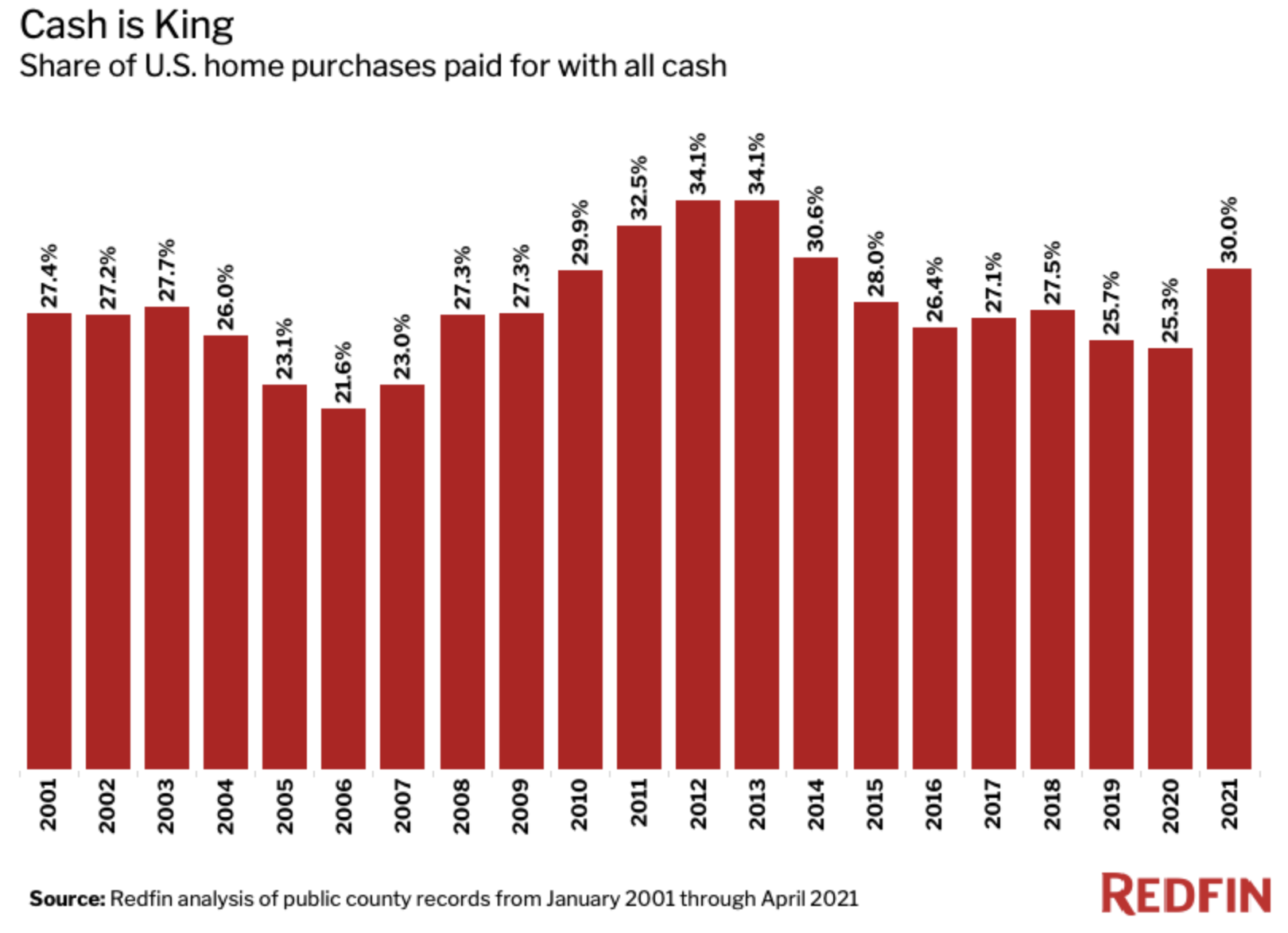 “I’ve never seen more cash in Boise’s housing market than I’ve seen in the past year,” Shauna Pendleton, a Redfin real estate agent in Idaho, said in Redfin’s report. “I just sold a $700,000 home to a cash buyer last week. The entire $700,000 came from his E*Trade account.”

“Affluent homeowners in Seattle, Portland, and parts of California are selling their homes for $1 million or $2 million,” Pendleton added. “Then they’re coming to Boise, where they’re buying houses that are twice the size for half the price.”

Similarly, institutional investors just recently started dipping their toes back into the market for the first time since the pandemic began. Those investors also often pay in all-cash, giving them a leg up on other less cash-flush buyers.

“Second-home buyers often pay with cash,” said Dina Blau, a Redfin real estate agent in the Boca Raton and West Palm Beach. “During the pandemic, folks also flocked to Florida to buy primary homes. They sold their houses in New York, New Jersey, Chicago or California and used the proceeds to pay cash for properties in Florida.”

At the other end of the spectrum, major metro areas in California have the lowest share of cash transactions, which is no big surprise given the high cost of home prices. 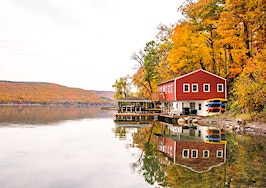 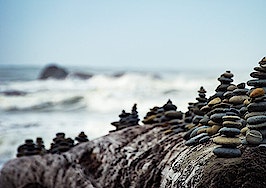