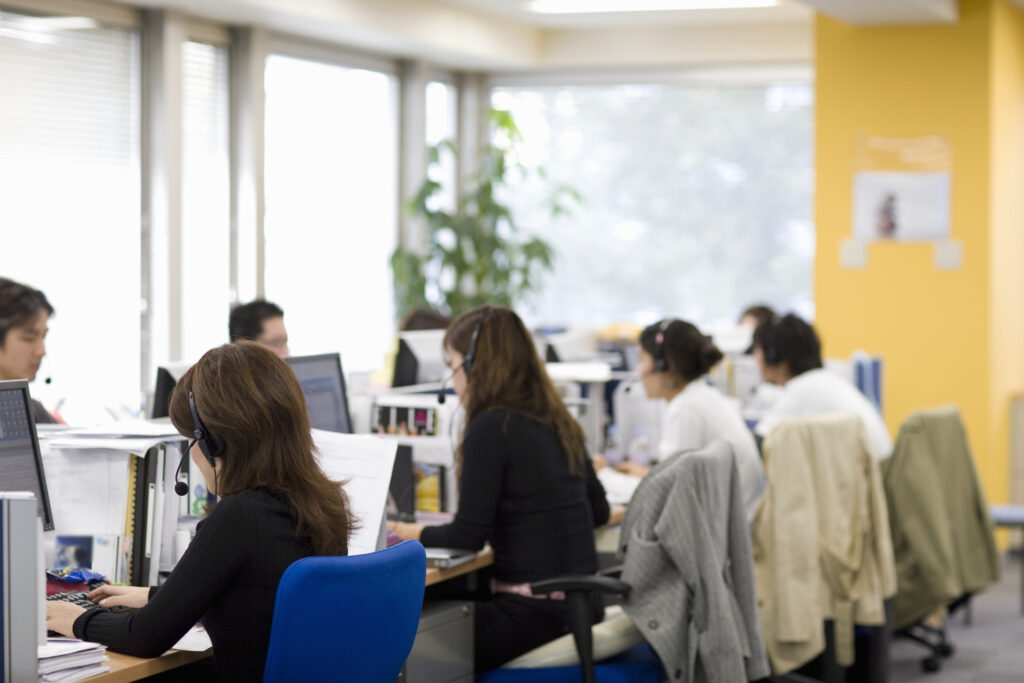 Forbearance programs that allowed homeowners with government-backed mortgages to put their monthly payments on hold during the pandemic will come to an abrupt end in the months ahead, straining the capacity of loan servicers tasked with helping borrowers avoid foreclosure.

That’s according to a new analysis of data aggregated by Black Knight, which found 65 percent of active forbearance plans representing 1.2 million homeowners will expire this year. September and October will be particularly challenging, with 18,000 plans expiring each business day during those months.

“The operational challenge this represents is staggering,” particularly given the oversized share of FHA and VA borrowers who may have a tougher time resuming payments than homeowners with loans backed by Fannie Mae and Freddie Mac, said Black Knight’s Ben Graboske, in a statement.

Forbearance programs that allowed homeowners to stop making their monthly mortgage payments have been one of the success stories of the pandemic. Black Knight estimates that about 7.3 million homeowners relied on forbearance at some point during the pandemic, but that only 1.86 million remained in active plans as of July 20.

The programs have been such a success that Fannie and Freddie’s federal regulator, the Federal Housing Finance Agency (FHFA), allowed them to drop a 50-basis point refinancing fee on Aug. 1 that was instituted to help the mortgage giants cover at least $6 billion in anticipated pandemic losses. 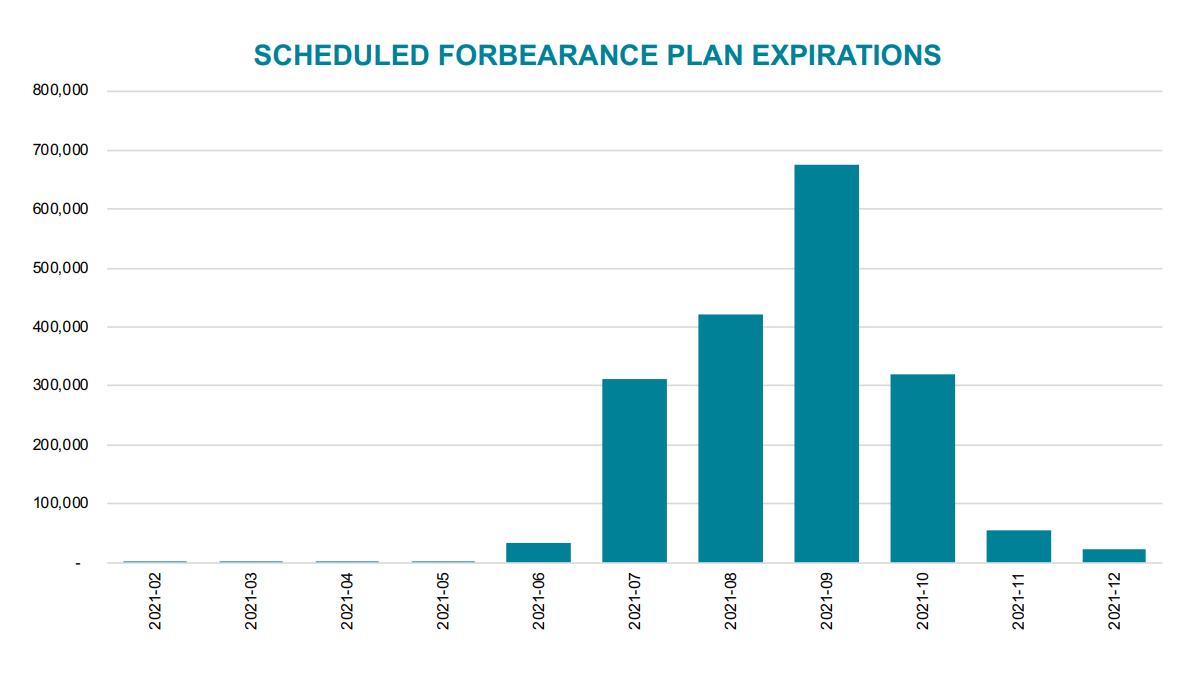 But now that the FHFA and the agencies that govern FHA, VA and USDA mortgage programs have updated their timelines for ending their respective pandemic forbearance programs, it’s clear that all will expire during a short window. Plans that started as much as seven months apart “are now scheduled to expire simultaneously, frontloading expirations of forbearance plans sooner than estimated,” Graboske said.

That doesn’t mean that there will be a corresponding surge in foreclosures. As Matthew Gardner, chief economist for Windermere Real Estate, noted in a recent Inman guest column, rising home prices mean that if homeowners can’t resume their payments, many will have enough equity in their home that they’ll be able to sell and still walk away with some cash.

Moratoriums against foreclosures on loans backed by Fannie, Freddie, FHA, VA and VA expired on July 31. But before initiating foreclosures against borrowers who are 120 days behind on their payments, the Consumer Financial Protection Bureau expects loan servicers to reach out to borrowers and give them a chance to apply for assistance, such as a loan modification.

The bureau finalized new rules in June, warning loan servicers that they can only initiate foreclosure proceedings against borrowers who have been given the chance to apply for assistance but don’t qualify, or if a home has been abandoned or the borrower can’t be reached.

“With these rule changes in place, homeowners exiting forbearance will have the time and support to make the decision that best fits their individual and family needs,” the bureau said at the time.

The bureau offers a number of web resources for distressed homeowners, including information on connecting with housing counselors, lawyers, and accessing federal and state protections.

“If you are behind on your mortgage, the sooner you reach out to your mortgage servicer, the more options you will have,” the bureau advised in a July 22 blog post. “Even if you can’t afford your current mortgage payment, you may be able to avoid foreclosure.” 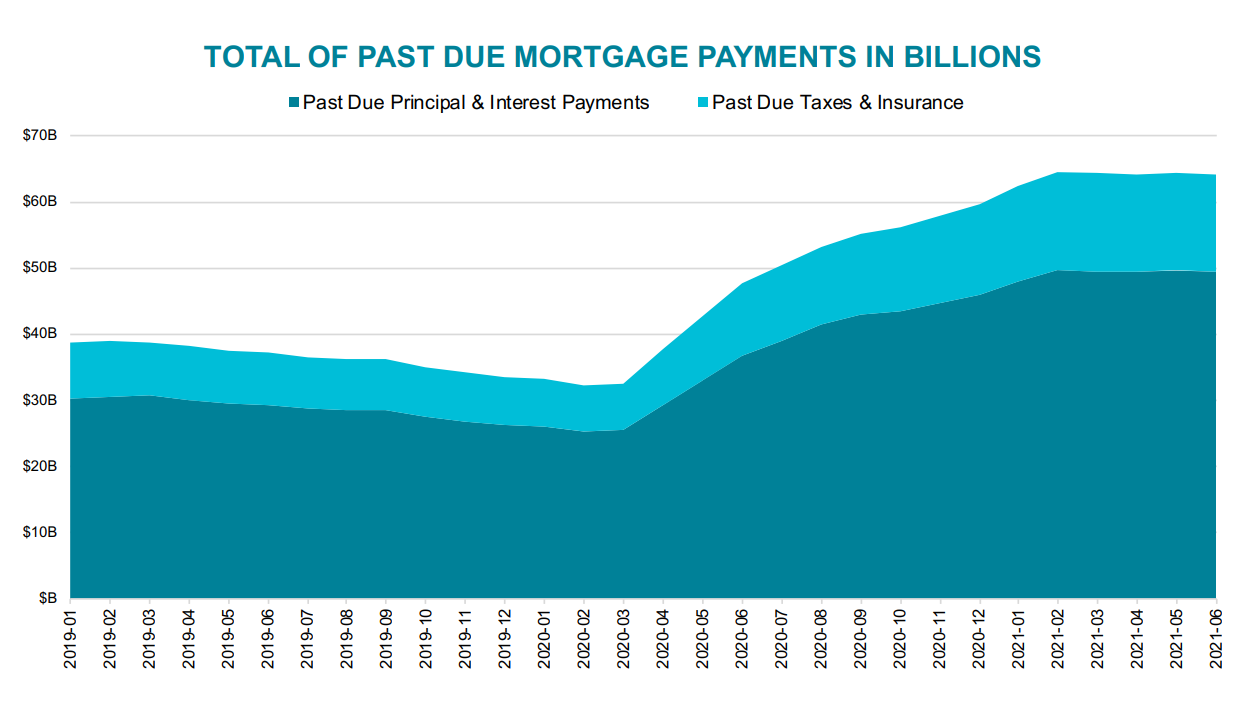 Nevertheless, unpaid mortgage principal, interest, taxes and insurance hit $64 billion in February, a number that’s only come down slightly since then. Congress earmarked more than $9 billion in the American Rescue Plan Act to help borrowers catch up with past due payments, but Black Knight estimates that’s only enough to cover about 30 percent of pandemic-related past due mortgage payments. 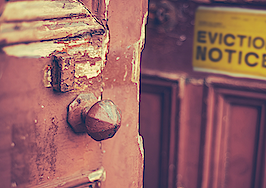 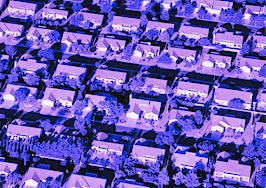