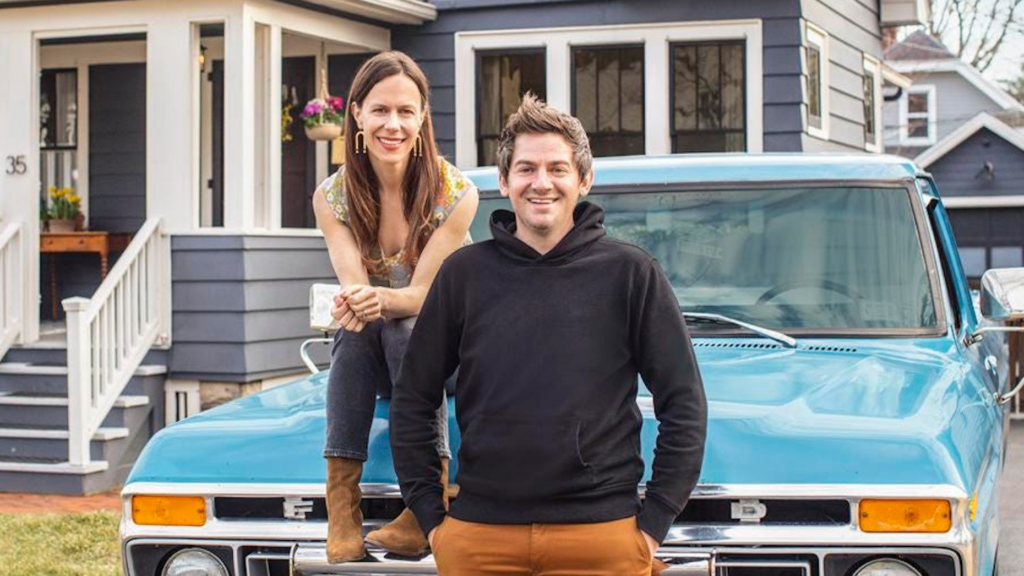 Episodes of the new show “Cheap Old Houses,” which follows the creators of the hit Instagram account (of the same name) around the country, have been dropping on HGTV every Monday.

Elizabeth and Ethan Finkelstein’s mission to find new owners for the country’s old and decaying homes continues to resonate across hearts and screens. Along with 1.7 million Instagram followers, the husband-and-wife duo recently became the stars of a 10-episode HGTV show.

In 2016, the pair began posting historic homes for sale for under $110,000 to Instagram. Usually in rural locations, many come with historical and architectural value but are listed for as little as $20,000 due to years of neglect.

The account exploded and, to date, hundreds of people have moved out of large cities to restore and live in historic homes they saw on Instagram — an indication, the Finkelsteins told Inman, of how a shifting mindset can lead to creative solutions for today’s housing problems.

“Our goal has always been to quit the whole fix-and-flip mentality that this country has about the home,” Elizabeth Finkelstein told Inman. “One of the reasons people are attracted to the houses on our feed is because the entry point to get in is lower and you can slowly move to work at your own speed.”

In the year since Inman last interviewed the Finkelsteins, they’ve driven 5,000 miles across the country with a camera crew, often meeting with the new owners and seeing how they’re doing. The show premiered in August and is releasing new episodes on Mondays. Inman spoke with the couple about everything from working with HGTV and the mission to save as many historic homes as possible to why newer does not always mean better.

Inman: Did you ever expect your “Cheap Old Houses” Instagram to take off to such an extent?

Elizabeth Finkelstein: We always felt that it had legs — there is an allure in seeing the potential of homes, the before-and-after photos — but we never thought it would grow at such an extent. [The growth of the account and the show] has been a complete dream come true.

We’ve been saying for years that we wanted to take a road trip and go meet these people who have restored the houses posted on our Instagram feed. To be able to have a production company and a network come forward and say, “We’re going to make this happen for you” during a global pandemic when everyone else was stuck inside is a really exciting thing.

Meeting the people who are really the heart and soul of our feed and who actually take all these houses and actually are fixing them up has been wild.

Do you feel that the account’s popularity is a reflection of today’s housing market? With housing prices in cities like New York and San Francisco being what they are, seeing an entire home that can be bought for $30,000 or even $100,000 can make some urbanites rethink their plans and take the plunge into a different kind of life.

Elizabeth: Absolutely. So many of the places that we visited are off people’s radars but have an abundance of homes that are for sale. In so many ways, they are the most interesting homes because homeowners in popular cities and home flippers can usually afford to keep up with the latest trends and don’t usually maintain the cool things that we love seeing in historic houses — original kitchens, original bathrooms and what are almost little time capsules that develop by nature of them being in places where there hasn’t been a ton of economic investment.

Ethan Finklestein:  I think one of the biggest changes that happened through COVID is that many people really shifted their thinking away from “why would I want to move to this location?” We are craving purpose and connection and, while that might look like changing jobs, it can also be a project — moving to a place that really needs you and finding a house that really needs you.

I don’t know if that’s the story that will continue to live on throughout this pandemic but the prices are a clear indicator. If you give a cheap old house love, it will love you back. 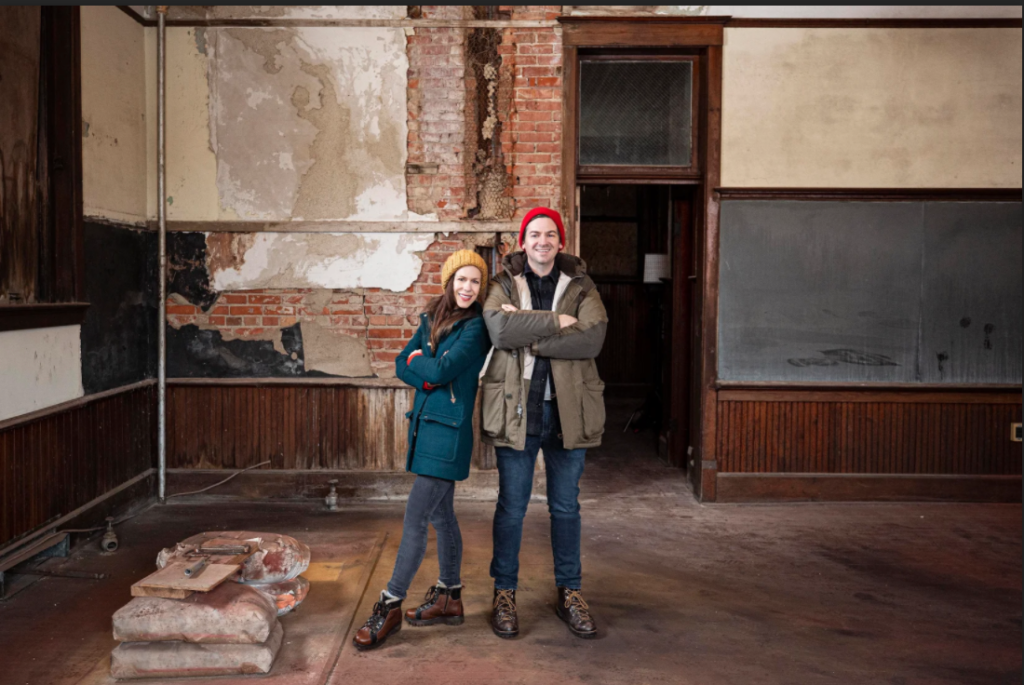 Was the goal to save these homes or to help people who were discouraged by the housing market? Or, as usually happens with these things, a combination of both?

Elizabeth: It probably started out as a mission to preserve old houses and that continues to be a big part of what we do. I grew up in an old house, Ethan’s mother grew up in an old house and I have a graduate degree in historic preservation. Our goal has always been to quit the whole fix-and-flip mentality that this country has about the home.

That said, the economics started to play a role very early on as we started to realize how a lot of these houses require work. One of the reasons people are attracted to the houses on our feed is because the entry point to get in is lower and you can slowly move to work at your own speed.

Ethan: I lived in New York City for a very long time, working for a non-profit and running my own business. We couldn’t afford a million-dollar house in New York City and one of the hacks that we came up with is buying a fixer-upper that’s been sitting on the market and coming out with a little diamond through perseverance, work and a little bit of grit.

But also, there is a housing crisis. In California, they are literally changing the zoning laws to turn single-family homes into two-family homes while here we are posting $50,000 properties on Instagram. You just have to shift your mindset.

Is there any point at which maintaining an older home stops being worth it financially? The low asking price can sometimes obscure that this is a big investment in terms of both time, lifestyle change and money needed for repairs.

Ethan: Depending on the structural issues of the house, I think each home will need a special buyer. We never really advocate for a teardown. Quite on the contrary, there are people out there who want these buildings to be saved. If you are determined, you can make it happen.

You really have to walk into a historical house understanding that you are part of its history and are a steward of the house. You are not the only person that has ever lived there or the last person who will ever live there so it’s your responsibility to keep its story alive.

It’s clear that your feed has created a sense of community: people who love historic homes and people who are willing to think outside the box for housing solutions. Has it been empowering to see that kind of community take shape?

Elizabeth: We live in a capitalist society with a system that is built on the idea of selling people new products. And what we are talking about is keeping what you have and fixing it, which is a completely different mentality than looking at what you can replace and change out.

I think there is a whole sense of people wanting to get back to working with their hands, get back a sense of independence and not throw more plastic in landfills. And I think that if you buy into any of those issues, this is really something that you’re going to latch on to.

Ethan: As just one example, we drove our Ford truck 5,000 miles to 45 cities and towns. Everyone was like, “Are you really going to drive that? That truck is almost 50 years old.” We did not have a single issue other than getting locked out once and being rescued by AAA a few minutes later. We love our social media and our modern stuff, but this is a proven testament to the fact that the old stuff works.

Elizabeth: What’s fun about the show is that it can give the impression that we are alone in these houses when we actually have multiple cameras at every angle. We had GoPros in our 1977 Ford F150 that we drove around. Sometimes we had drones following us in the vehicle around some of these locations and it was freezing. That’s the biggest thing that really stuck with us: we picked cheap houses that don’t always have heat or electricity.

But in a way [that is good] because it’d be funny if we put out a show that looks really comfortable. There is nothing comfortable about buying a cheap old house and getting in the weeds with it and really getting your hands dirty. 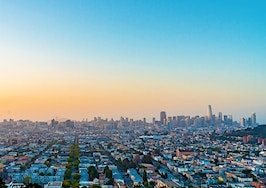 Open houses are out: Here's how to get your name out there 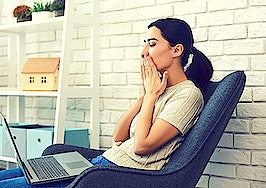 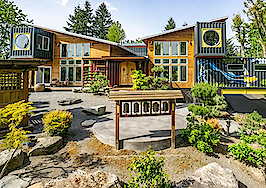 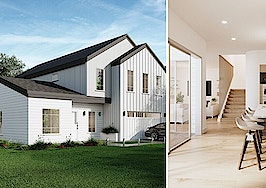