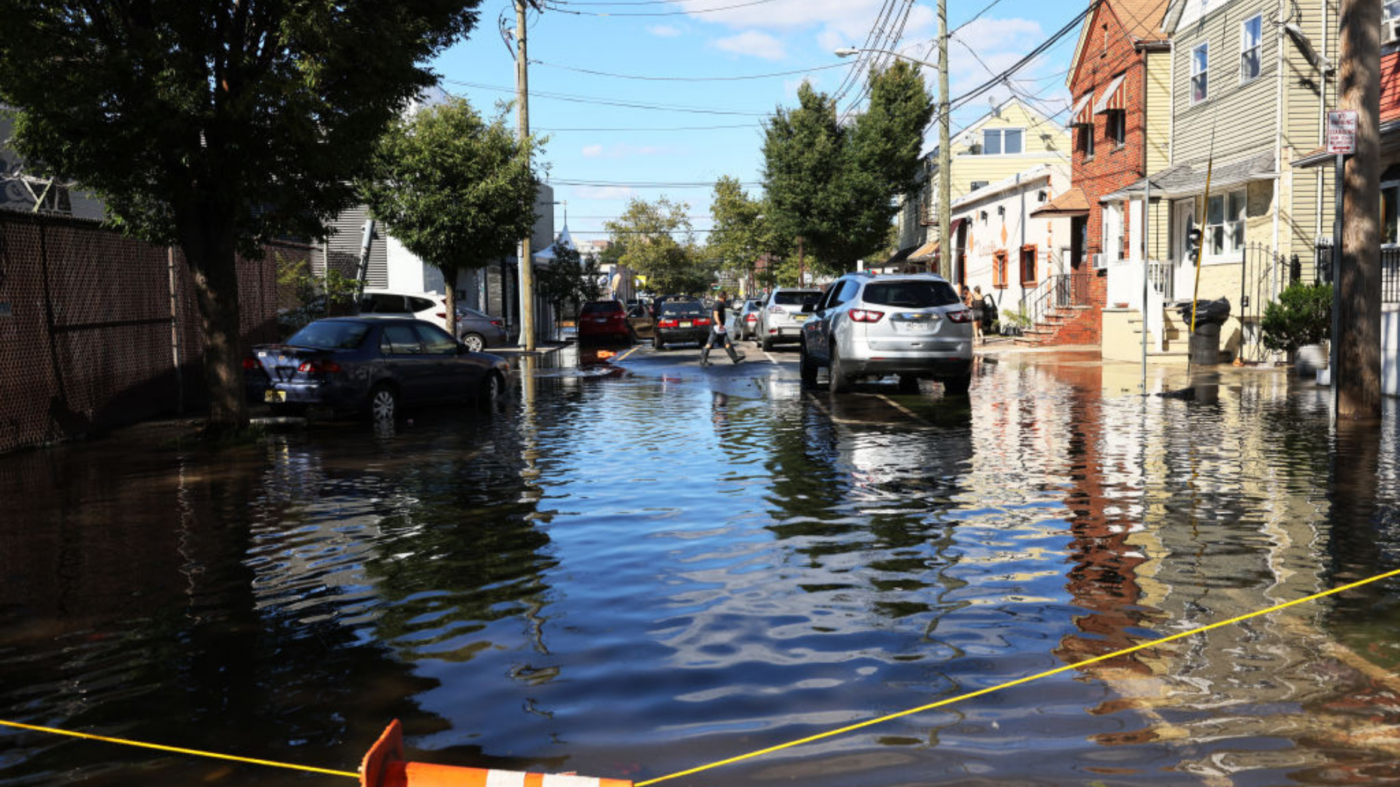 A cone blocks off a flooded Van Buren Street on September 02, 2021 in Newark, New Jersey.

Repossessed homes sold by the Department of Housing and Urban Development between 2017 and 2020 were almost 75 times more likely to be in federally designated floodplains than other homes sold during that timeframe, according to an analysis of nearly 100,000 homes sales by NPR.

HUD is not required to disclose flood risk to would-be homebuyers, most of whom didn’t learn that the home they were interested in was located in a flood zone until they were told by their lender that they needed to buy flood insurance, NPR found. By then, many had already made an offer or paid a nonrefundable deposit.

In some cases, HUD sold homes in flood-prone communities where local officials were trying to buy up homes and knock them down to prevent future calamities, including “severe loss properties” that had been rebuilt multiple times at taxpayer expense.

A HUD spokesperson told NPR that homes in HUD’s real estate owned inventory are disproportionately located in flood zones because banks can’t or won’t sell them. The homes are hard to market, the spokesman said, because buyers need flood insurance. New risk ratings for the National Flood Insurance Program that are scheduled to take effect on Oct. 1 will mean higher premiums for many homeowners.

But NPR pointed out that HUD could also provide information on flood risk and the cost of flood insurance for homes it lists on its website, HUD Homes — as is the practice on popular commercial real estate sites like Zillow and realtor.com.

Would-be homebuyers who click on neighborhood details for a two-bedroom Burlington, N.J. home currently listed for $85,900 on realtor.com, for example, can access a property flood risk assessment warning that the home is at high risk.

“Flood risk is increasing as weather patterns change,” the risk assessment notes, providing a link to a more detailed report by Flood Factor, a free online tool created by the nonprofit First Street Foundation that models flood risk information at the property level. According to Flood Factor’s risk model, the Burlington property in question has a 79 percent chance of being flooded at least once in the next 15 years, with expected losses over that time estimated at $26,700.

That home is located in Burlington County, New Jersey, where NPR found that HUD sold more than 30 flood-prone properties between 2017 and 2020 — including a home near a creek in a neighborhood where the county is trying to buy up homes to keep them off the market.

NPR said HUD “did not respond to specific questions about how its home sales could affect home buyouts or how the agency works with local and state officials.”

Many other homeowners in flood-prone areas may be uninsured. A recent report from the U.S. Government Accountability Office noted that the floodplain maps maintained by FEMA may not reflect current flood hazards or the potential for flooding from heavy rainfall.

NPR found that HUD was most likely to sell homes designated in floodplains in Louisiana, Florida and New Jersey. Nearly one in 10 homes sold by HUD in New Jersey (7 percent) over the nearly four-year period analyzed were in areas known to be prone to flooding. The percentage in Florida was even higher — 12 percent — and more than 20 percent of homes sold by HUD in Louisiana were in floodplains.

Many who purchased those homes were “first-time homeowners excited to find a house they can afford,” NPR said, noting that “There is a nationwide shortage of affordable homes, especially for low-income families,” and that “providing safe, affordable housing is HUD’s mission.”

The Biden administration recently announced that as part of a plan to “create, preserve, and sell” 100,000 affordable homes, it will give owner occupants and nonprofit groups a longer exclusive window to purchase homes repossessed by HUD, Fannie Mae, and Freddie Mac before offering those properties to investors.

Ocrolus valued at $500M after raising $80M Series C round

Mortgage rates continue to flatline ahead of Fed tapering details
Back to top
The best of real estate is gathering in Las Vegas NEXT month! Grab your ticket before prices go up on October 1.Register Now×
Limited time: Get 30 days of Inman Select for $5.SUBSCRIBE×
Inmanpot
Log in
If you created your account with Google or Facebook
Don't have an account?
Create an Account
Forgot your password?
No Problem