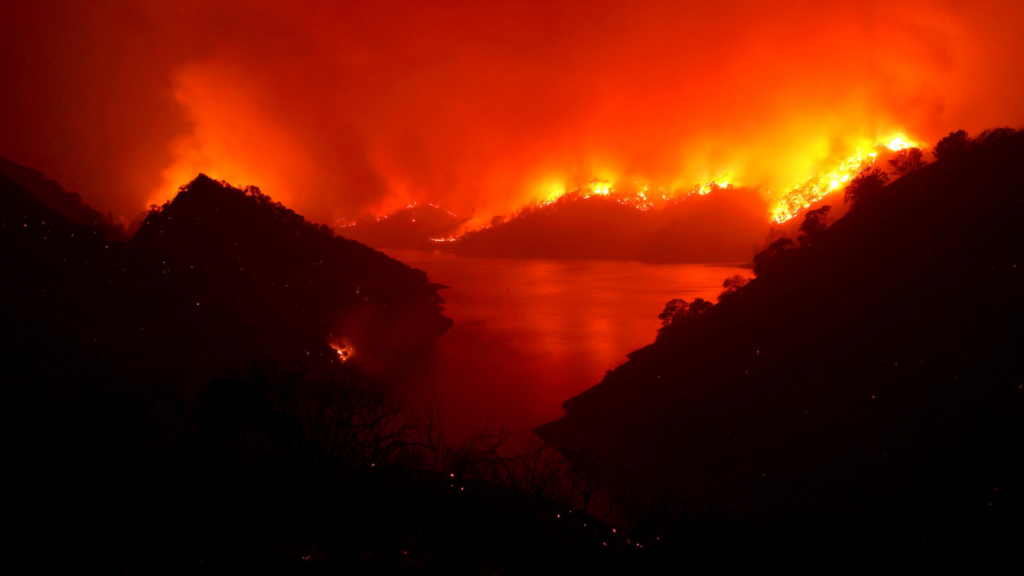 A wildfire rages in the hills surrounding Lake Berryessa in August 2020 in Napa, California.

A new report from CoreLogic finds that the typical home in Wyoming is nearly three times as likely to go up in flames as one in California.

California steals the headlines for wildfires, and for good reason — nearly half of homes at risk from extreme wildfire events are located in the state.

But the typical home in Wyoming is nearly three times as likely to burn, a risk level higher than that of any other U.S. state, according to CoreLogic’s annual wildfire report.

Although the vast majority of homes are not at high risk of destruction by wildfire in any given year, the danger to personal property and local economies is rising over longer stretches of time because of changes in the global and regional climate, the report said.

“Wildfire patterns that used to ebb and flow are now a more continual fire threat,” CoreLogic’s report reads. “Long-duration dry conditions, which often result in record-setting droughts, contribute to the increasing number and intensity of fires in recent years, as seen in 2015, 2017, 2018, and 2020.”

The data analytics firm estimated how many homes in each state would be at risk in the event of a 1-in-50-year wildfire. To better gauge the impact of wildfire property loss on communities, CoreLogic expressed these numbers as a percentage of a state’s total housing stock.

California has more than 14 million housing units, according to U.S. Census Bureau tallies from last year. However, only a small fraction of these — approximately 1 in 1,000 — are at risk from a major wildfire event.

Meanwhile, a particularly devastating wildfire season could affect 1 in 350 homes in Wyoming, the firm said.

“If a fire destroys 800 homes in California, the road to recovery and lasting impact is not synonymous with 800 homes burning in Wyoming, when considering the size of each state’s housing stock,” the report reads.

Other states where homes carry a greater risk from wildfire include Idaho, Utah, Nevada and New Mexico.

Climate change is leading to a number of weather patterns that make broad swaths of western land even more ripe for wildfires, CoreLogic said.

Heavier rainfall can result in overgrowth of plant life, which then serves as quick-start kindling for wildfires in periods of drought.

Once an area burns, the scorched soil can also be more prone to mudslides, another natural phenomenon that can threaten life and property.

Beyond wildfires, climate change is expected to have a broad impact on the housing market, according to another recent report from the Mortgage Bankers Association.

More homeowners are likely to default on their mortgages in the decades to come as damage from natural disasters — including floods — begins to exceed what insurance will pay out, the report found. The impact is likely to be felt hardest in already vulnerable communities, where home prices are likely to be further stunted. 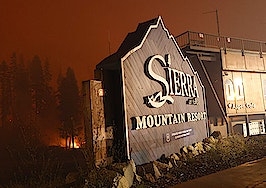