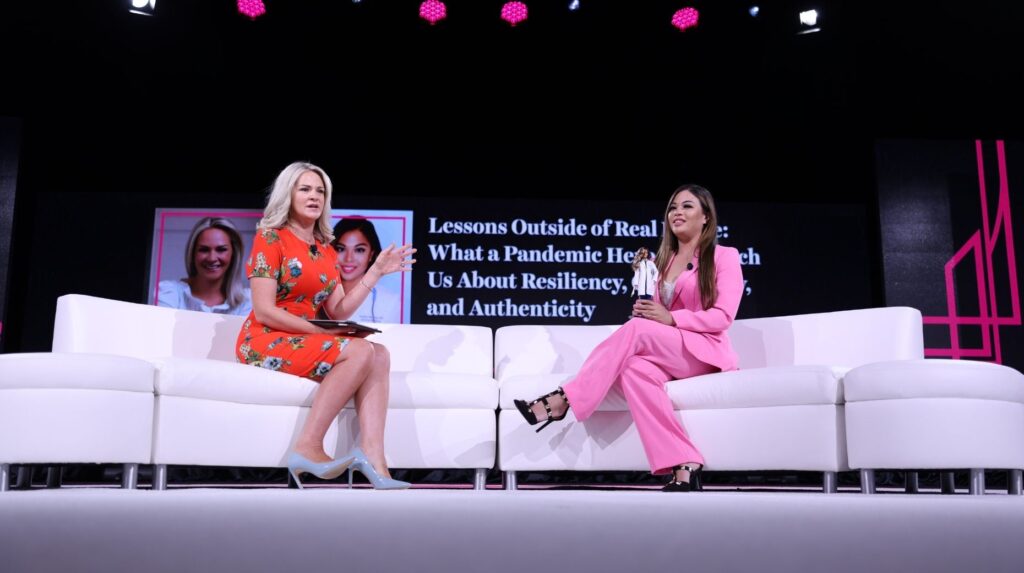 Dr. Audrey Sue Cruz is one of six health care workers Mattel reached out to during a time of global pandemic and intense discrimination against Asian Americans.

Fast forward to 2021, the Hawaiian native Dr. Cruz has 121,000+ followers on Instagram, and Mattel reached out to her to create a Barbie in her likeness. How did she go from regular doctor to social media influencer and Mattel’s Barbie candidate?

She used her voice.

Dr. Cruz kicked off Inman’s Luxury Connect event at the Aria in Las Vegas, joining moderator Katie Kossev, CEO and owner of the Kossev Group, in a Mattel pink business suit with rhinestones shining through that would make Barbie herself proud.

After experiencing discrimination, both personally and in her Asian American and Pacific Islander community, she and about a dozen other medical professionals made a video and used the #Iamnotavirus hashtag to raise their voices.

And in Southern California, Audrey Sue Cruz, an internal-medicine doctor in Loma Linda, was conducting a telephone visit with a new patient recently when, 15 minutes into the appointment, the woman began grilling the physician on her medical education, work history and ethnicity.

Cruz told the patient that she is Filipina, to which she said the patient replied: “Wow. I can’t believe what your people did. I usually wouldn’t choose an Asian doctor, but you seem nice.”

Cruz quickly ended the visit. The incident inspired her to join more than a dozen other doctors in producing an #iamnotavirus video to help combat the wave of bigotry against Asians.

“We wanted to use our voices as physicians to remove the stigma that’s occurring right now about Asian people being virus carriers,” said Cruz, 30.

She posted the video on Instagram. Then came the comments: “Bat eater.”

The social media campaign gained a lot of buzz as it went viral and news outlets started picking it up. From there, Mattel reached out in hopes of finding a few female heroes to model dolls off after.

Holding her Barbie onstage, which notably wears scrubs, a doctor’s coat and tennis shoes, a notable shift from Barbies of yesteryear. Dr. Cruz told the audience that it means so much to her to even be chosen.

“I had no intention of creating an audience or a following,” Dr. Cruz said. She just created content for herself, almost describing it as a little “me time.”

She says she wants to use her voice to speak up about what she believes in and encourage others to do the same.

“That’s really the biggest goal, to let others know you have a voice, and you can use it — and it is powerful!” Dr. Cruz said.

“Life is so short, and it takes just one min to change your life completely,” she said.

As the panel finished up, Kossev thanked Dr. Cruz for her service.