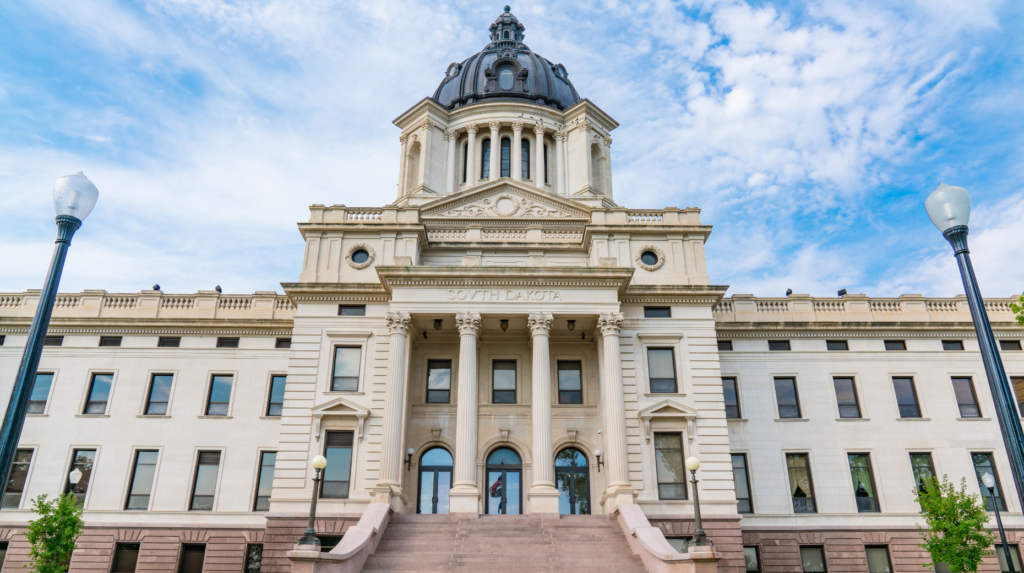 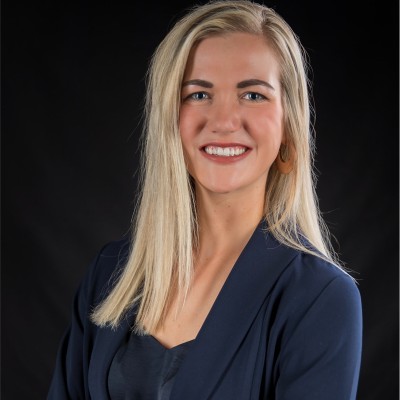 “I am writing to express my disappointment and anger that my good name and professional reputation continue to be damaged by questions and misinformation concerning the Appraiser Certification Program,” Peters wrote in a letter addressed to the South Dakota Department of Labor and Regulation Secretary Marcia Hultman on Tuesday. “The entire inquiry and media pressure have done irreparable damage to my business. I’m angry and I can acknowledge that this has successfully destroyed my business.”

“I’ve decided that I will no longer accept new appraisal orders and will wrap up the few pending orders I do have,” she added. “I will plan to turn in my license and dissolve my business by the end of the year.”

Peters also released a copy of the advanced licensing training agreement at the center of the controversy, which stated she needed to retake two courses and rewrite three appraisal reports to gain her advanced license.

“I know as the Governor’s daughter I am always going to be in the public eye. I can’t stop these attacks, but I can choose whether to keep being hurt by the fallout,” she said. “At least some good might come from [me releasing the agreement], and I can show everyone that I did exactly what was asked of me in order to get my license.”

Peters’ announcement is the culmination of months of accusations that Noem abused her power as governor to get Peters’ previously denied advanced appraiser certification application approved.

In July 2020, Noem called Peters, Hultman and former Appraiser Certification Program Director Sherry Bren to a meeting in her office. Although Noem, Peters and Hultman maintain the meeting was simply about addressing issues with appraiser certification procedures, Peter’s subsequent application approval and Bren’s forced resignation became a canary in the coal mine, with the Associated Press breaking the story in September.

“Exactly what transpired at the July 27, 2020, meeting in the governor’s office isn’t clear. Noem declined an interview request and her office declined to answer detailed questions about the meeting,” the article read. “Still, government ethics experts who reviewed the series of events at the AP’s request said Noem’s decision to include her daughter in the meeting created a conflict of interest regardless of what was discussed.” 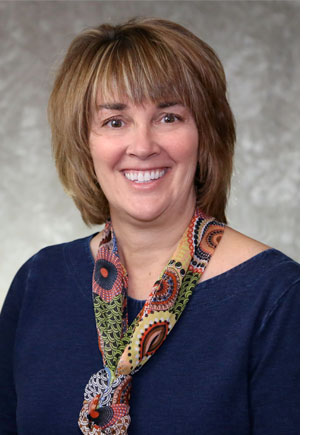 The State Government Operations and Audit Committee (GOAC) started its investigation in October 2021, with Hultman explaining Peters’ advanced licensing training agreement was created before the July 27 meeting although it wasn’t signed and dated until Aug. 5. Hultman also explained the state has drafted similar agreements for other applicants in the past and thought nothing of the fact that Special Assistant Attorney General Amber Mulder — not Bren — signed Peter’s agreement.

“I would like to emphasize that I testified on October 28 that the Department had a plan before the July 27, 2020 meeting for how to allow Ms. Peters a path forward,” Hultman said in a letter to the GOAC on Tuesday. “I specifically called this a ‘possible plan forward’ during my testimony to the Committee. I noted we discussed this possible plan forward with Ms. Peters at the end of the July 27, 2020 meeting.”

“In the two weeks since my testimony, Associated Press reporter Stephen Groves has written news reports to give the impression that I testified at the hearing that there was an agreement in place with Ms. Peters in place before the meeting,” she added. “That is inaccurate and a false narrative created by Mr. Groves. My testimony clearly demonstrates as much.”

In light of Peters’ decision to release a copy of the agreement and close her appraisal business, Hultman requested GOAC Speaker Spencer Gosch and Chairman Kyle Schoenfish to “dismiss the matter from further action.” 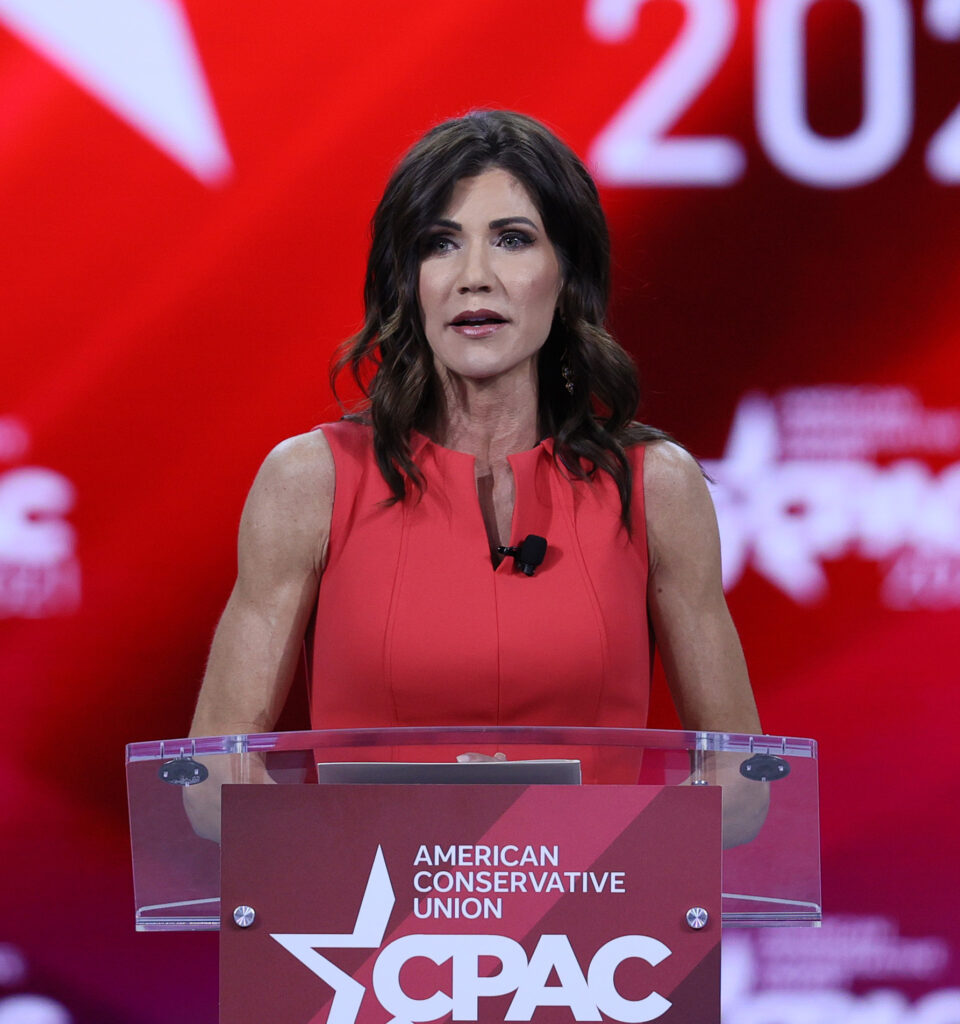 The South Dakota State Legislature’s Executive Board is scheduled to discuss the matter later this week, local outlet KOTA TV said. Even if they call off the GOAC’s investigation of the matter, KOTA TV explained the state Government Accountability Board will still likely start an investigation of their own, as discrepancies arise between Noem, Peters, and Hultman’s recollection of the meeting.

Bren, who has been relatively silent since winning a $200,000 age discrimination suit against the state, told the AP and local outlets she’s working with her legal team to correct “any factual inaccuracies” from the others’ testimonies. In the meantime, Noem is maintaining her innocence and framed the investigation as a witchhunt.

“I came in to fix the program. And so we are fixing it,” she said in a press conference on Nov. 4. “But also we recognize that some people that have been involved in the industry for a long time don’t like that.”

“That’s why for consistency and to make sure that I’m being fair — because that’s exactly what I’m focused on — I would have to set that same precedent for everybody,” she added. 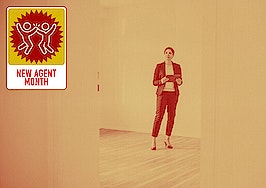 Is a CMA an appraisal? Contrary to popular belief — it is 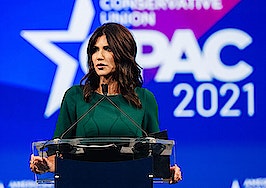