At a time when the pandemic was starting to make some agents reconsider their brokerage, Julie Del Santo saw it as an opportunity to bring some high-performing agents back over from the big guys.

The broker-owner of Dudum Real Estate Group in California announced last year that she had recruited roughly two-dozen agents to join her firm from Compass. In its bid to expand, Compass had acquired big firms and recruited agents by offering attractive terms that made a big imprint on the way brokerages lure top talent.

But for Del Santo, the pitch to these agents was more about the support her firm could offer as one of the Bay Area’s most prominent independent brokerages.

In a phone conversation with Inman, Del Santo detailed how it all came together, and shared her thoughts on what this landscape means for independent brokerages going forward.

Inman: Last year, your firm made headlines for scooping up more than 20 agents from Compass. Take us behind the scenes. How did you pull this off?

Del Santo: There was shifting in the marketplace driven, I’d say, by the pandemic, at which point it became clear that people needed hands-on support.

And I’m not saying whether or not another company has it, but we strived very hard, and very intentionally to stay connected in a disconnected world. It’s not any one company. There were a lot of companies where the support was forced to fall out from underneath them.

How did you hear about these former Compass agents becoming available?

It was actually through my agents. My agents were the ones who were speaking with other people saying, “Hey we need this form, hey we need that form.” And there was a response, not just from Compass, [about how informed our agents were]. They passed on what they were receiving [from their brokerage], and other people liked it and said, ‘Hey, can we inquire?’

We don’t have a recruit list. We’re not standard recruiters. It’s if somebody’s suggested to us. And they were, and they brought in friends — it’s an, ‘If you build it, they will come,’ thing, I suppose.

We didn’t get everyone. As people were out looking, it was a stop in their interview train, if you will. There was a group that I thought was very close to coming and last minute, they chose another entity.

My agents are my best recruiters. They speak of what they live, and they speak the truth and they are happy where they are. And they realize there’s a choice.

There’s been a lot of talk about a large round of Compass contracts and clawbacks expiring soon in California. Is that something you’re keeping your eye on?

It’s funny you say that, because yes. Unfortunately, I’m not going to compete with some of the corporate, big-name brokerages and write checks.

And it’s so funny to me, because so many of them are doing exactly what ticked them off about [Compass]. People were recruiting and they were writing big marketing dollars, and they were giving splits that made no sense.

That’s great, but look where they are now. It’s like golden handcuffs. So now [the agents] are released, and there’s not going to be much retention. There will be some, but there’s a lot of frustration.

And now, the very companies who complained about it are offering dangling carrots — offering big checks with big money — to a lot of the Compass players. I’m being told, ‘You better grab the list and start calling, but good luck competing against these people who are giving big money, and big marketing bucks, and a huge split.’

My response is the same as it was: I stay in my lane. You do what you’re good at. And in time, it all shakes out exactly as it needs to be.

I can’t and I won’t buy an agent. It doesn’t make sense for me. It’s not fair to my agents who are working their butts off to get to the next split level. I can’t do that. It’s not good for company culture.

In what ways has being an independent brokerage been an advantage for your business during the pandemic?

We’re able to pivot. It’s similar to a big-rig going down the Grapevine, [a winding highway in California]. If you have a big rig, it’s a lot of momentum, and they need these padded exit roadways of their own to slow down, to restart, to move right and left. For us, I feel like we’re a little Corvette.

We have better quality, in my opinion. We purposely don’t have proprietary programs or apps or background platforms because we’re able to always move ahead with the next, best thing.

So why does it help being an independent in this unknown world? It helps because we’re truly able to maneuver and pivot quicker, better, and with more quality and more finesse than these other big conglomerates that take a lot more, and it’s other people making the decision. I’m in the driver’s seat. As the broker-owner, if my agents need something, I’m literally a phone call away. They call me and I’m there.

When looking ahead, as we come closer to exiting the pandemic, are there any problems or challenges that indie brokerages face that keep you up at night?

It’s not a worry, but the one thing that comes up a lot at indie meetings is, ‘Will there be an elimination of the agent?’ But I just don’t see that in our areas.

My answer is to keep reinventing and finding ways to provide so much value and service, and fill the need. As long as you can train and teach your [agents] to fill that need, it’s a win-win.

Is there anything else you’d like our readers to know about what this moment means for independent brokerages?

I think if you can use the advantage of an indie to customize marketing rollouts that allow you to dive deeper in the relationships of your clients. You shouldn’t be doing it yourself. That could be time you could be going to get a sale.

If you can go to an indie where you have a hands-on marketing team, social media team, etc., etc., who can actually help you build multiple campaigns to dive deeper into your relationships, that’s going to serve you well.

You need to have such a deep, serviced-based relationship with your client where you are the only resource they think of. 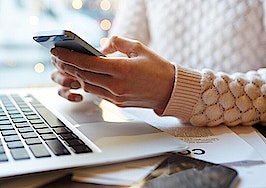 How are indies faring? Get a glimpse into this indie broker-owner's business 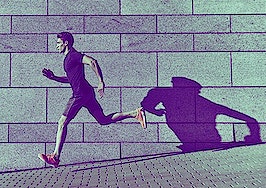 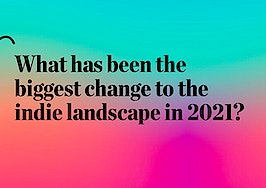 The biggest change to the indie landscape in 2021: Pulse 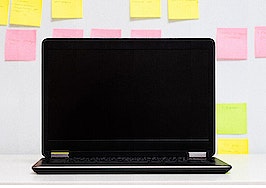 How this $1M top producer takes charge of his day

What are you gifting clients this holiday season? Tell us more! 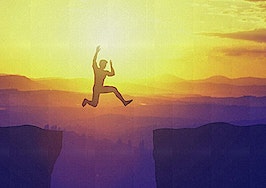 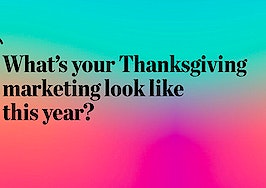