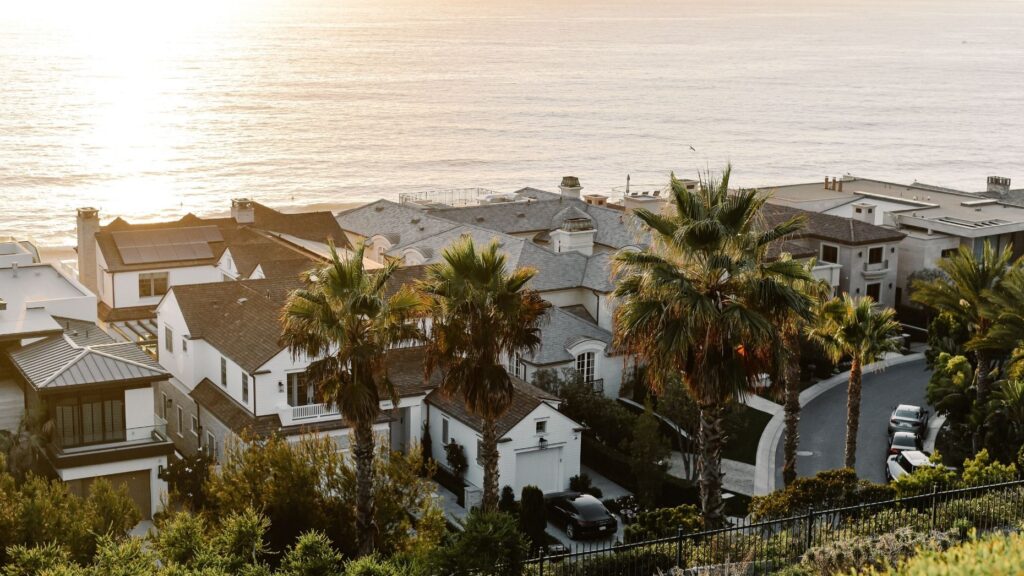 As mortgage rates have inched higher, demand for second homes has dropped precipitously, hitting its lowest level last month since May 2020, shortly after the coronavirus breached the U.S., according to Redfin data released Tuesday.

Demand for vacation homes hovered 35 percent above pre-pandemic levels, but that figure fell well below the 87 percent increase in demand seen this January. 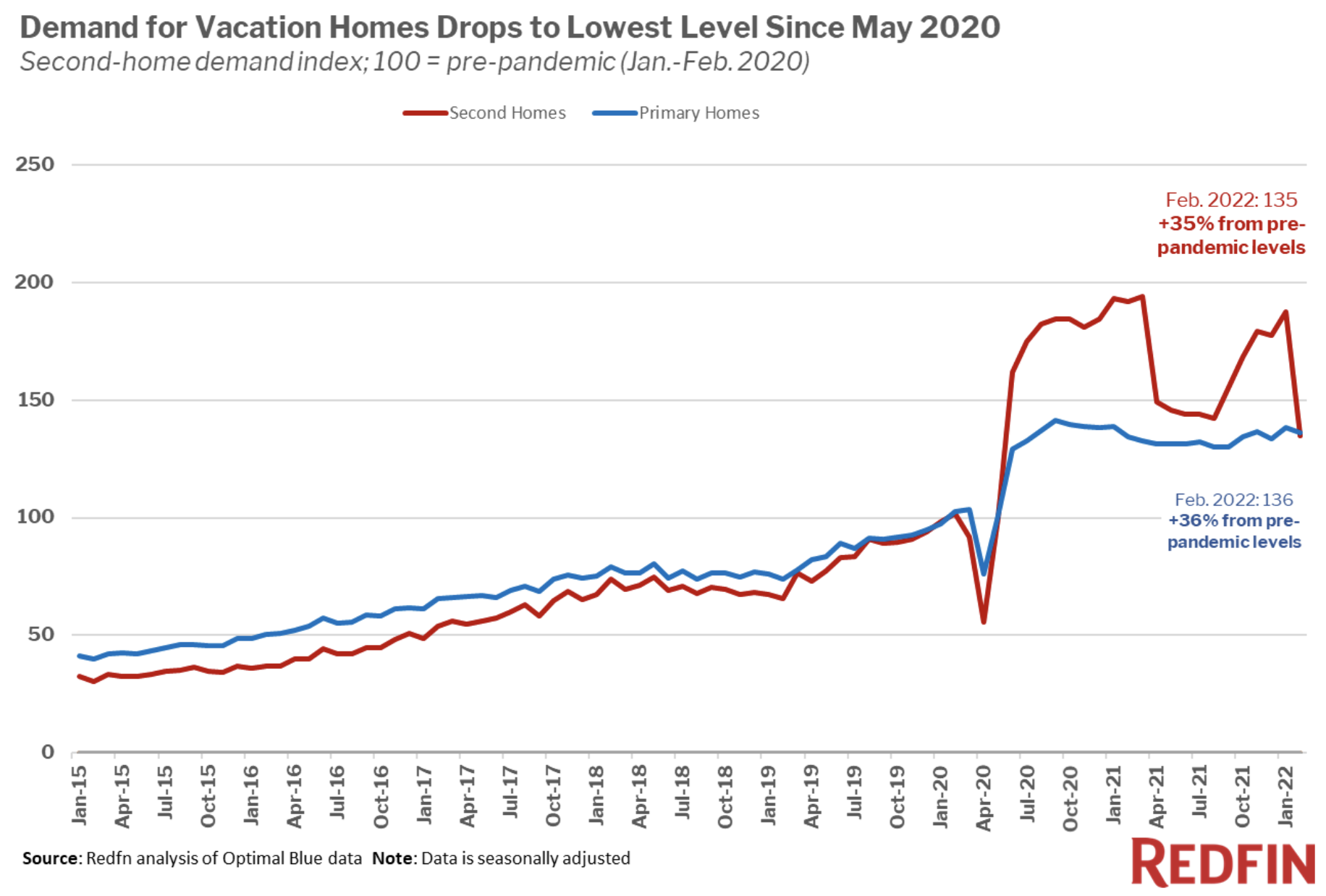 For the first time since the beginning of the pandemic, demand for primary homes actually outpaced that of vacation homes slightly, with mortgage-rate locks on primary residences up 36 percent from pre-pandemic levels.

Second-home demand hit a peak in March 2021 at 95 percent above pre-pandemic levels, as remote work opportunities, low mortgage rates and the desire to vacation away from other people drove Americans to second homes. But the threat of rising mortgage rates has curbed demand substantially.

“Rising mortgage rates, combined with rising home prices, are hitting the second-home market much harder than the primary-home market,” Redfin Chief Economist Daryl Fairweather said in a statement. “That’s largely because vacation homes are optional. People don’t need a second home, but they do need a place to live. Still, people are buying up vacation homes more than they were before the pandemic, as work remains more flexible than it used to be.”

In mid-February, the average 30-year mortgage rate hit a peak of 3.92 percent, a significant jump from the low of 2.65 percent reached in early 2021. As a result, the typical mortgage payment is also up by hundreds of dollars from just a year ago (this is also a result of rising home prices).

A recent announcement from the Federal Housing Finance Agency (FHFA) stated that fees on second-home loans would increase by 1 to 4 percent starting in April, which will likely continue the decline in vacation-home demand. That percentage increase could add about $13,500 in expenses related to buying a $400,000 second home, which buyers can either pay upfront or as part of their monthly mortgage payment (which would be about $60 each month).

“The fact that home prices are up and inventory is down even though second-home demand is declining suggests that some workers with permanently remote jobs may be relocating to vacation destinations rather than purchasing second homes, and that investors are interested in seasonal towns,” Redfin’s report stated. 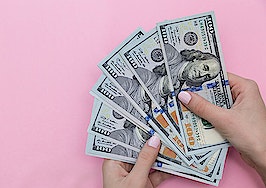 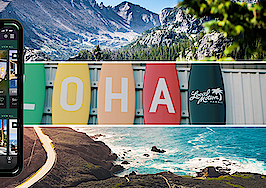