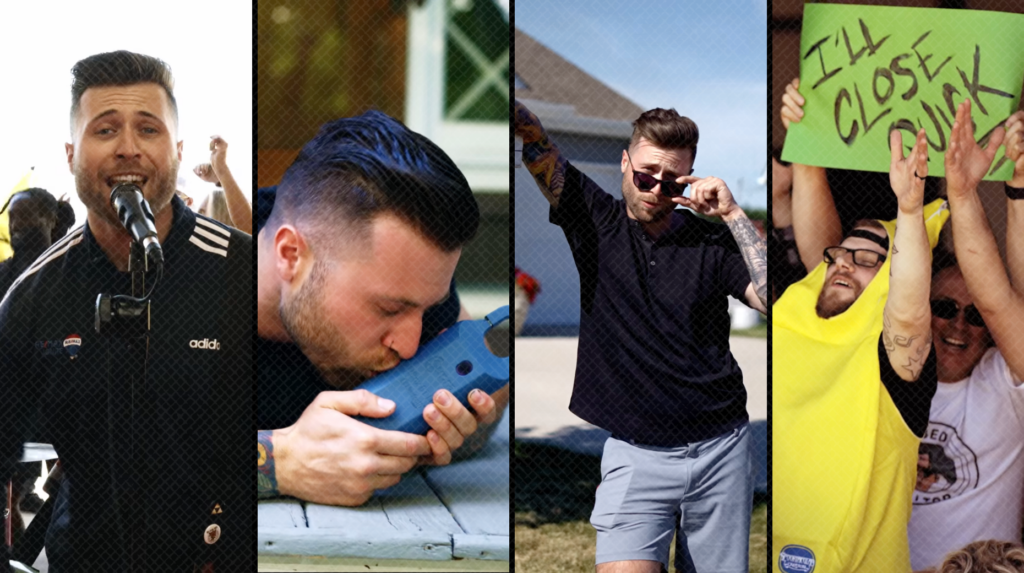 The video quickly racked up more than 1,400 likes, 950 shares and 630 comments on Facebook between June 28 and July 1. Snippets of the video also went viral on Instagram with commenters tagging MTV and Blink 182 bandmates Tom DeLonge, Mark Hoppus and Travis Barker in hopes of a collaboration.

“This is by far the most hilarious and dope real estate parody I’ve ever seen,” said Hawaii-based agent Jeremy Mateo echoing the scores of real estate agents who were jealous they didn’t come up with the idea first.

“Hambone!” added TDR Mortgage President Teresa Tims. “You guys killed it! I really hate when you guys come out with [stuff] like this because the bar just keeps getting higher and higher. I hope you know how annoying it is for all us regular content creators out there!”

The three-minute parody is a dead-ringer for the original complete with an opening scene and performance inside a private jet hangar with a crowd of adoring fans begging Schindler to sell their listings.

The video then transitions to Schindler walking with a client while singing about the ins and outs of selling a home: “All the listings/ Contracts, showings/ Offers nonstop/ Always, I know, higher you must go/ Inspection waving/ Is this thing appraising?/ Say it ain’t so, I’ll get your home sold/ Now we’re in escrow.”

The next two minutes include plenty of hilarious scenes, such as Schindler kissing a lockbox while sporting the same faux snaggletooth smile lead singer Mark Hoppus donned in the original video. He also recreated Travis Barker’s beach scene with his girlfriend, Caitlin, who sprayed champagne while Schindler seductively posed beside a “For Sale” sign.

The video also caught the attention of Broke Agent Media founder Byron Lazine, who said he wanted Schindler and his bandmates to perform the song at Broke Agent’s upcoming Tom Ferry Summit bash.

“Yeah, let’s do it!” Schindler said with the rock-on emoji.

Schindler hopped on Facebook Live Thursday night and thanked viewers for making his video go viral — of course while donning his famous RE/MAX robe, which got plenty of cameos throughout the parody.

“Just being able to bring it to fruition was absolutely everything to me,” he said. “To be able to have your outreach and see the comments, and the joy and the laughter that has brought people is a really cool bonus.”

“This is something that I’ve been thinking about for the past couple of years now,” he added while explaining his journey from hospitality worker to real estate agent. “Thank you, everybody. I really am super, super appreciative and I really can’t believe it.”

Watch the original video below: 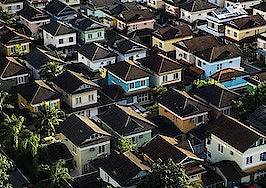 How to shirk conventional new agent advice for the win