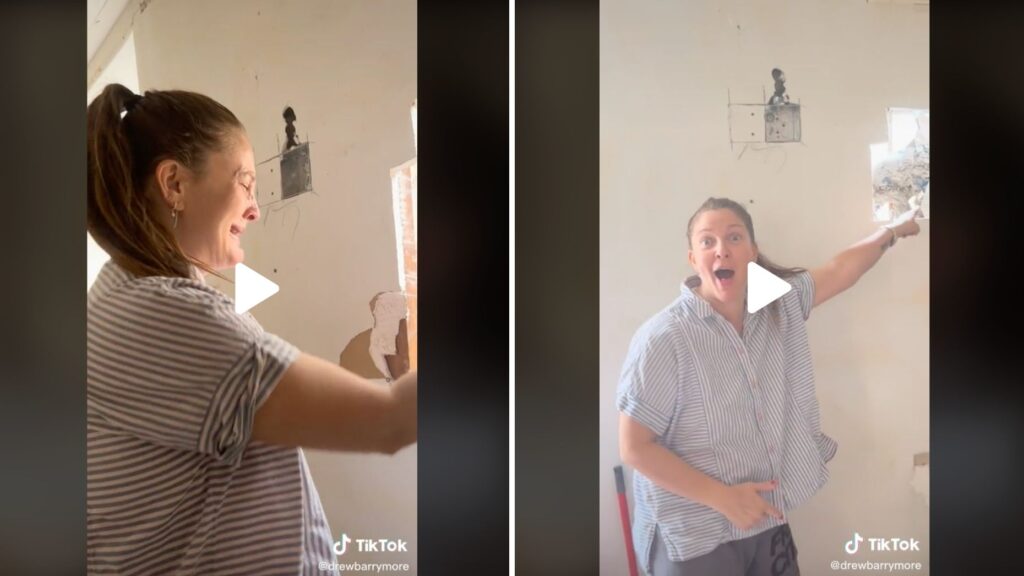 Drew Barrymore became America’s darling when the actress starred as the lovable Gertie at the age of seven in E.T.: The Extraterrestrial in 1987.

But she may have just solidified her spot in the public’s hearts with her unfiltered reaction to a surprise encounter during her home renovation project, which has gone viral on TikTok.

In the video, the 47-year-old is on a quest to remove drywall in her apartment to see what lies beneath — and she has her own suspicions.

“So the people who owned this apartment before me covered up a window with drywall — I don’t know why,” Barrymore says to the camera, while gesturing to an existing window in the apartment.

When Barrymore actually rips away the drywall to reveal the hidden window beneath, the moment is almost too much for her, and she’s overcome — first, with satisfied laughter at confirming her suspicions, and then, with tears over the potential the new window could bring.

“It’s so hopeful. It’s like, where something could be so covered up and dark, you can pry it open and create light.”

Yes, the TikTok includes laughter, tears, and at one point, Barrymore even barks like a dog in her excitement to tear open the drywall.

TikTok users were delighted by Barrymore’s joy at something so simple, with TikTok user Roxy Taylor declaring Barrymore the next Betty White.

“Protect this woman at all costs,” Taylor commented on the video. “She is the new Betty White and will carry us through the next 60 years with love and joy.”

Watch the full, teary-eyed TikTok below:

@drewbarrymorePart 2 of the renovation and I had some serious discoveries.💡♬ original sound – Drew Barrymore 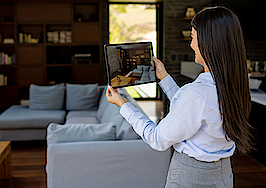