Housing starts — representing housing units on which construction was started on — were at a seasonally adjusted rate of 1,559,000, a 2 percent dip from their May levels and 6.3 percent below June 2021 levels, according to the U.S. Census Bureau.

Permits for privately owned units in June meanwhile dipped 0.6 percent from May to a seasonally adjusted rate of 1,685,000, but were up 1.4 percent from June 2021 levels.

Housing completions sat at a seasonally adjusted rate of 1,365,000 during June, according to the census bureau, a 4.6 percent slide from May but 4.6 percent above the June 2021 rate.

The only bright spot was the multifamily sector, which increased by 13.1 percent month over month. That increase can perhaps be attributed to rentals being seen as a safer investment by developers as rents increased 14 percent nationwide over the past year.

“While the multifamily market remains strong on solid rental housing demand, the softening of single-family construction data should send a strong signal to the Federal Reserve that tighter financial conditions are producing a housing downturn,” National Association of Home Builders Chief Economist Robert Dietz said in a statement. “Price growth will slow significantly this year, but a housing deficit relative to demographic need will persist through this ongoing cyclical downturn.” 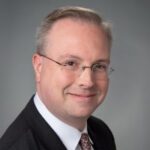 Housing starts fell dramatically in May on the heels of a cooling housing market, with economists calling June’s numbers a continuation of that trend amid sky-high mortgage rates and housing prices excluding more and more Americans from homeownership.

“With mortgage rates at their highest levels since 2008, many prospective buyers are being priced out of the housing market, and builders are responding to this depressed demand by starting fewer construction projects,” Joel Berner, Senior Economic Research Analyst for Realtor.com said in an emailed statement.

The slowdown comes as homebuilder sentiment was found to drop at the second fastest pace of the past two decades according to data released Monday by the National Association of H0me Builders.

“Single-family starts are retreating on higher construction costs and interest rates, and this decline is reflected in our latest builder surveys, which show a steep drop in builder sentiment for the single-family market,” Jerry Konter, chairman of the National Association of Home Builders said in a statement. “Builders are reporting weakening traffic as housing affordability declines.” 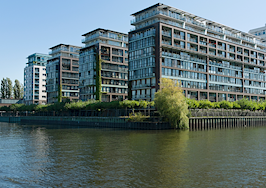 As buyers balk, some homebuilders dread the months to come

The run-up of single-family rental prices paused in May: report