As mortgage payments skyrocket and competition eases, homebuyers are gaining more time and options in their home searches, according to a new report released Tuesday by the listings giant Zillow.

It found that thinning competition is giving those who remain in the market an edge, resulting in more flexibility for those with the means to make a home purchase — compared to months ago when interest rates were below three percent and competition was at historic highs.

“Those who can weather this storm of rising costs are having an otherwise less stressful buying experience compared to the pandemic-fueled rush on real estate in 2021,” Jeff Tucker, a senior economist at Zillow, said in a statement. “They have more options to tour, more time to find the right house, and are less likely to face a bidding war.”

Regardless of some relief, the market remains far from homebuyer-friendly with buyers paying 75 percent more on the typical mortgage payments than they paid in 2019, Tucker said.

“Despite this initial move toward rebalancing, the market is still less buyer-friendly than the pre-pandemic norm in most of the country,” he said. “Home seekers who are priced out today are eagerly anticipating drops in prices or mortgage rates so they can step back into the ring.”

The report found inventory has risen steadily over the past few months, with the inventory deficit falling from 30.4 percent in January to 9.1 percent in June. The gap in inventory caused by the pandemic is still far from filled though, with inventory still down 46 percent from June 2019.

Some of the country’s most expensive cities — including Austin, San Francisco, Phoenix, and Seattle, have seen inventory return to near-2019 levels, as prices have shot up in return. The report attributed that to competition in those cities easing up more quickly than the national average, giving homebuyers slightly more time to weigh their options.

In addition, the share of homes having their prices cut is rising across the nation as well, hitting 14.8 percent as homebuyers contend with sky-high mortgage rates. Cities that have seen prices shoot up at unprecedented rates — Salt Lake City, Sacramento, and Phoenix — saw the highest share of price cuts at 24.1 percent, 21.7 percent and 20.4 percent respectively.

A lack of affordable options for homebuyers is driving a slowdown in sales, according to the report. Of the 15 cities that saw the largest month-over-month drops in houses that went under contract, 12 were among the nation’s most expensive cities to buy in. The cities seeing the fastest month-over-month drop in pending sales between May and June were San Jose at 23.9 percent, Seattle at 23.9 percent and Salt Lake City at 20.8 percent.

The report also found an easing in rent price growth with typical rents increasing 0.8 percent during May to 2,007 per month — the first time they have passed the $2,000 price point. Annual rent growth has eased from a high of 17.2 percent in February to 14.8 percent in June — a rate that is still much higher than normal with rents up 24.6 percent since June 2019.

“A rapid run-up in rents that peaked in February was likely a one-time event, driven by a return to cities and people moving out of shared apartments or their parents’ house,” Tucker said. “We’re expecting rent growth to ease back down over the next several months as vacancy rates rise above historic lows. One factor that could slow the return to normal is the high cost of buying a home, which will encourage many renters to renew their lease instead.” 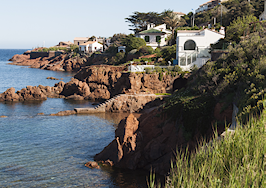 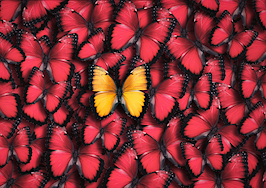 Are you truly a market pro? 3 ways to stand out in a sea of agent 'experts'