The companies submitted a joint filing to the New York Supreme Court on Oct. 4 asserting they had agreed to end the litigation permanently and that each side would pay their own costs.

On October 4, the companies submitted a joint filing to the New York Supreme Court asserting that they had agreed to end their three-year-old litigation permanently and that each side would pay their own costs.

Asked for comment, spokespeople from Anywhere and Compass sent Inman the same statement: “We are pleased to confirm that we have amicably resolved the litigation between our two companies and related parties. The Settlement Agreement is confidential, so we are unable to comment further.”

Realogy’s initial claims against Compass, made in July 2019, accused the brokerage of “unfair business practices and illegal schemes to gain market share at all costs” such as allegedly offering inflated compensation packages and encouraging new recruits to share “confidential and proprietary information.”

The suit alleged that Compass co-founder and CEO Robert Reffkin “personally solicited Realogy to enter into an illegal price-fixing agreement where the two companies would agree to limit agent compensation and ‘compete on brand,’ but not on price.”

In February 2021, Compass filed a countersuit against Realogy, which alleged that Realogy resorted to “lying, stealing, and cheating” to stop Compass’s growth and that the holding company’s lawsuit was part of a smear campaign to spread “false information” about Compass.

The counterclaim accused Realogy of being complacent in the face of industry innovation, leading to decreases in Realogy’s market share and stock price, of harassing agents who left affiliated brokerages for Compass, and of theft of confidential information.

Compass and Anywhere are the largest real estate brokerages in the country by sales volume, according to real estate analysis and consulting firm T3 Sixty. Compass dethroned Realogy from its top spot in rankings released in April.

That same month, the litigation between the two took an odd turn when the judge in charge of the case, Justice Barry Ostrager, recused himself from the litigation due to a “dispute with Compass, Inc. in connection with a real estate transaction.” Ostrager had listed his New York co-op with a Compass broker in November 2021.

At the time, a Compass spokesperson told Inman that the case would continue because “Realogy must be held accountable.”

“We believe that their anti-competitive practices that restrict the free movement of agents and employees negatively affect everyone working in our industry,” the spokesperson told Inman at the time. “We look forward to continuing to prove our claims in court.”

Since then, the brokerage has been buffeted by economic headwinds. Last week, a previous Inman article noted that Compass’s stock had fallen 85 percent since going public last year and that the brokerage had undergone two rounds of layoffs, with its technology department hit hardest. While Compass boasts approximately 28,000 agents and posted the highest sales volume in the country in 2021, the brokerage has remained unprofitable and a cooling housing market has put further pressure on the brokerage’s efforts to turn a profit.

After releasing its second-quarter earnings report, Compass said it would implement a “cost reduction” program, including ditching their stock and compensation packages in recruiting. The change was a sharp departure from the company’s well-known aggressive recruitment strategy, which earned the brokerage many rivals and made it the subject of several lawsuits, including Realogy’s. Compass denied reports last week that a deal was afoot with private equity firms to take the company private.

For its part, Anywhere is embroiled in multiple, yearslong antitrust commission lawsuits that show no signs of abating. The company has also cut staff in an effort to slash operating costs and its stock price is down 57 percent year over year.

Editor’s note: This story has been updated with information on Anywhere’s employee layoffs and stock price. 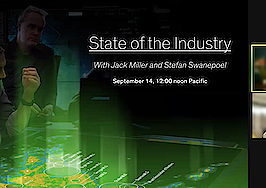