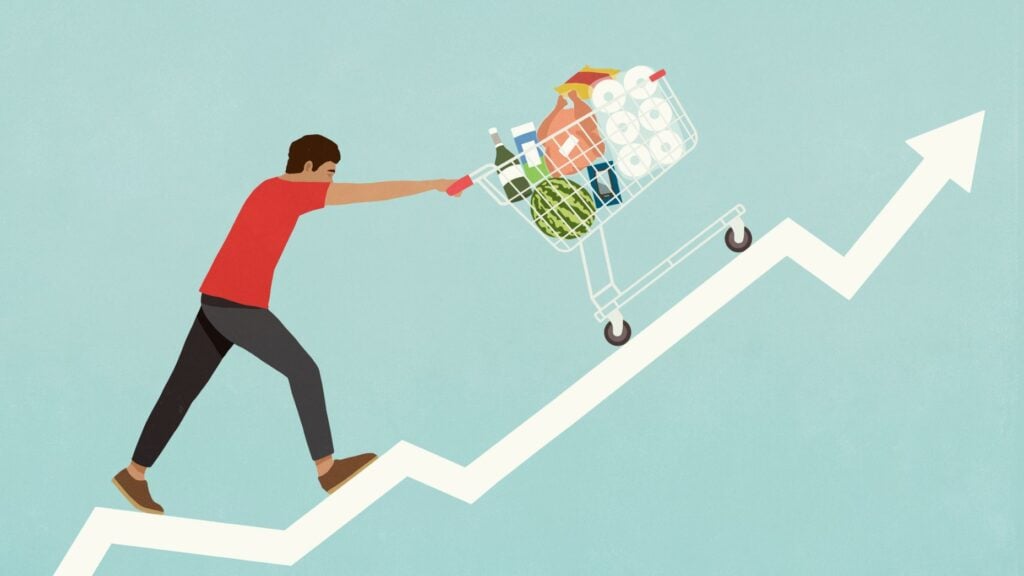 Rates for several types of mortgages fell more than half a percentage point Thursday, with 30-year fixed-rate mortgages averaging 6.62 percent.

Mortgage rates dropped by more than half a percentage point Thursday as bond market investors reacted to a report that inflation moderated in October, potentially giving the Federal Reserve leeway to slow the pace of rate increases.

The Bureau of Labor Statistics report shows inflation, as measured by the consumer price index, cooled to an annual rate of 7.7 percent in October, down from 9.1 percent in June. At 6.3 percent, core inflation — which excludes food and energy prices — was down from 6.6 percent in September.

Yields on 10-year Treasurys, a bellwether for mortgage rates, posted their biggest decline in more than a decade Thursday, falling more than 30 basis points from Wednesday’s close of 4.15 percent. At 3.82 percent, Thursday’s low was the lowest yield on 10-year notes since Oct. 3.

Rates on several types of mortgages plummeted by about 60 basis points Thursday, according to a daily index compiled by Mortgage News Daily. MND’s index showed rates for the workhorse 30-year fixed-rate mortgage falling to 6.62 percent Thursday, down from 7.22 percent the day before.

At each of its last four meetings, the Fed has implemented drastic, 75-basis point increases in the short-term federal funds rate. Just last week, futures markets were pricing in a 48 percent chance of another big, 75-basis point rate hike at the Fed’s final meeting of the year in December.

The CME FedWatch Tool, which monitors futures contracts to calculate the probability of Fed rate hikes, showed traders on Thursday pricing in an 85 percent chance that the Fed will slow the pace of rate increases, and only hike the federal funds rate by 50 basis points on Dec. 14.

KPMG Chief Economist Diane Swonk tweeted that while today’s CPI data will be important to policymakers, shelter costs — which the Bureau of Labor measures in terms of rents, and owners’ equivalent rent — are a lagging indicator.

According to the latest CPI report, housing costs were the biggest driver of core inflation with the shelter index posting its biggest monthly increase since 1990.

But Swonk predicted that inflation in the shelter category will ease “much more rapidly than many, including the Fed, will expect,” and that weakness in housing will also undermine prices for “big ticket goods and stuff we bought to make quarantines tolerable.”

Asking rents declined in October at a rate not seen since the beginning of the COVID-19 pandemic, according to a report from rental data aggregator RealPage. The 0.6 percent decline in asking rent was the biggest cut since 2010, excluding April and May 2020, when the pandemic was getting underway. Home prices are also decelerating fast, with economists at Fannie Mae among those projecting home price declines next year.

While financial markets have “been yearning for a Fed pivot,” Swonk warned that “This is not the kind of pivot anyone should want given the risk of a much deeper and scarring recession.” A bursting housing bubble, she said, can be “a disorderly process”

“The house of cards on the pandemic-induced bubble and the residual of years of subpar, slow growth, tepid inflation and ultra low rates is now collapsing,” Swonk tweeted. “The spillover effects for the economy, interest rates and the economy will be larger. It will be easy to blame one player.”

The collapse of cryptocurrency exchange FTX, once valued at $30 billion, is also sparking speculation about more widespread repercussions for financial markets.

Crypto “is having a Lehman moment of its own — but without the government backstop,” Jeff John Roberts wrote in his Fortune Crypto newsletter. After rival exchange Binance pulled out of a deal to acquire FTX, investors including venture capital firm Sequoia are writing down the value of their shares in the company to zero, Axios reported.

Sequoia said its $150 million losses in FTX amount to less than 3 percent of the capital committed to its Global Growth Fund III, and is offset by approximately $7.5 billion in gains in the same fund.

In other news this week, a Canadian real estate lender Romspen Investment faces a liquidity crunch and has halted redemptions on its largest fund after some borrowers failed to make scheduled payments, Baystreet reported.