In the last few months I have done quite a bit of traveling with Inman News for our Agent Reboot “roadshow.” Every hotel has its perks, but the hotel we stayed at yesterday, The Westin Bayshore really impressed me with their social media savvy. It started a few weeks ago. I was tweeting for the event and I noticed that The Westin Bayshore was tweeting and promoting our event! They posted welcome messages and tweets about how excited they were that we were coming. I was blown away! At all of the hotels and convention centers we have been to for Inman events – this has never happened – not once!

If that wasn’t enough – when I checked into my room, there was a surprise waiting for me!

On my dresser in my room were three shortbread cookies – one with the Facebook logo, one with the Twitter logo and one with a QR code! 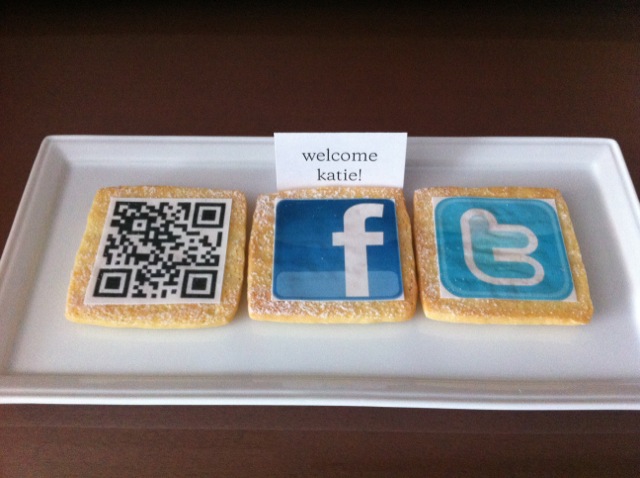 I was so excited to see the hotel engaging its guests in social media! I quickly scanned the QR code with my iPhone app and received a custom message to me personally welcoming me to the hotel and wishing me luck as a speaker at Agent Reboot. 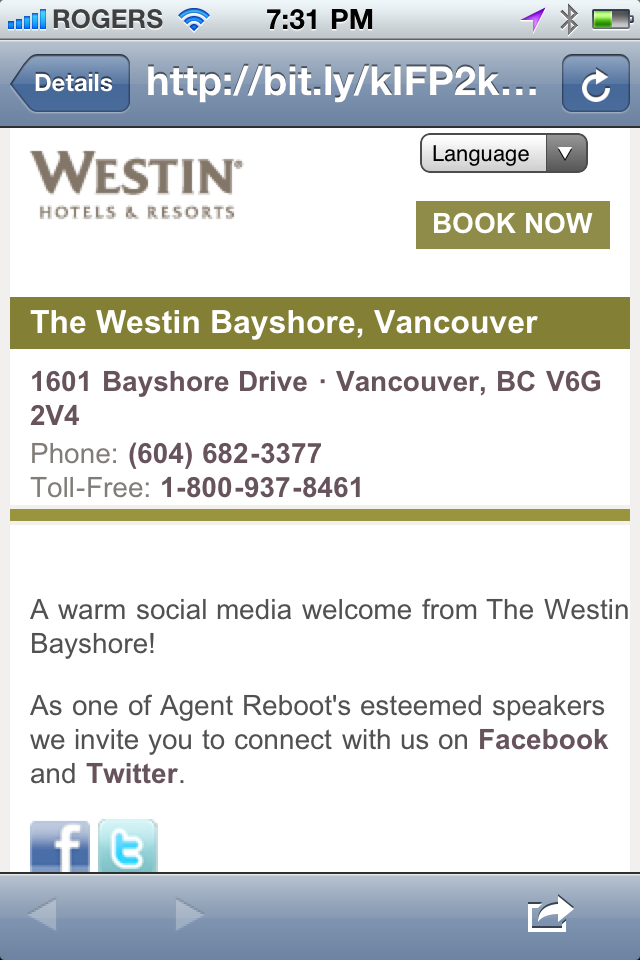 Not only that – but all the speakers were buzzing about it. Nicole Nicolay who has over 14,000 followers on Twitter mentioned from the stage (as emcee) how impressed she was with The Westin Bayshore. Then Stacey Harmon who has over 4,900 followers commented and re-tweeted it. Then Chris Smith, our new Chief Evangelist with 8,700 followers tweeted it out. Numbers aren’t everything – but in just minutes nearly 30,000 people on Twitter heard about what The Westin Bayshore was doing!

So what’s the lesson here? Honestly – it doesn’t take a lot to use social media in a fun and creative way. Because of this simple gesture – The Westin Bayshore had a dozen of the top people in real estate technology talking about their hotel and how great they were.

That’s why I know that social media is one of the best forms of word-of-mouth advertising. Imagine what The Westin Bayshore would have had to paid to get that type of buzz at one event?

So what’s the lesson for real estate professionals? Don’t miss the boat with Facebook and Twitter. It’s not enough to just throw a page up and post something here or there. Be committed to building your sphere online as much as you have in the past face to face.  Be creative with social media! How about handing out Facebook cookies at your next open house to promote your page? How about making it a point to comment on 5 of your friends/fans posts every day? How about tweeting your local chamber or downtown association to build a relationship with them?

The possibilities are endless – and the opportunities are there because so few people are really doing this.

The real estate industry is ripe for this type of out-of-the-box thinking!

Thank you Westin Bayshore for a great experience, fantastic room, welcoming staff and for the awesome social media welcome.