by Tina Merritt
Share this article
You successfully shared the article.
Close

Let’s start with the definition of a co-working space. Per Wikipedia: “Coworking is a style of work that involves a shared working environment, sometimes an office, yet independent activity. Unlike in a typical office environment, those co-working are usually not employed by the same organization. Co-working is the social gathering of a group of people who are still working independently but who share values, and who are interested in the synergy that can happen from working with talented people in the same space.”

At Inman NYC 2012, we learned that 92 percent of successful agents are in their brick-and-mortar offices fewer than 15 hours per month. That equates to a lot of wasted, unused space being paid for and provided by brokerages. Why? What has changed in the past decade (or two) that has decreased the need for a traditional office space?

More importantly, what are brokerages doing to offer spaces their agents will want and use? 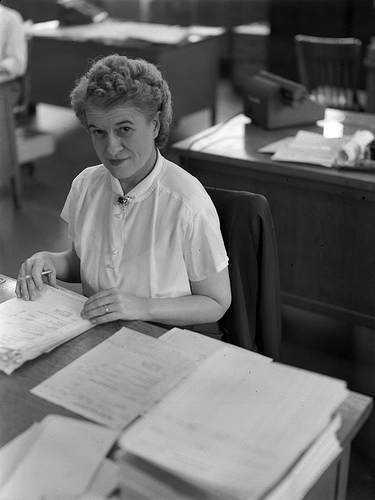 Back in November 2011, at a National Association of Realtors conference in Anaheim, Calif., I had the opportunity to sit through a session titled, “How Co-Working Spaces Can Work for You,” presented byJay Thompson, Nobu Hata, Jeff Turner and Bill Risser. What really impressed me: While each presenter was using co-working spaces with success, each was also using them in a completely different manner from the other. Also, it seems that co-working spaces are more about the community using them than the physical space.

Nobu Hata is a practicing real estate agent, Realtor and president of the Young Professionals Network, a group launched by Realtor Magazine in 2006 to benefit young Realtors. He is also an avid “co-worker.” As an offshoot of its local Real Estate BarCamp event, the Minneapolis Association of Realtors decided to dedicate a space in its building just for co-working.

Nobu also works out of CoCo — a co-working and collaborative office space — whenever he is in nearby St. Paul. “I’m surrounded by true, community-based entrepreneurs, and the ideas I get from those guys are amazing!” he said. “It’s also a great opportunity to work amongst potential clientele.”

He’s definitely onto something: Per Deskmag’s “First Global Coworking Survey,” the average age of a co-worker is 34, 80 percent consider themselves to be in the income range of average or higher, and 4 out of 5 have a college education. Eighty-five percent of the respondents to the survey live within 30 minutes of their co-working space. Sounds like a pretty good potential real estate client profile.

Jay Thompson is the broker-owner of Thompson’s Realty in Phoenix. Jay’s brokerage does not have a traditional office space — it uses a co-working space called Real Estate Tech Tank. His agents, as well as other real estate professionals and affiliates in the community, are welcome to use the space at no charge.

As Jay explains, “What really sets the co-working space apart from the traditional office is that it pulls in people from multiple real estate disciplines — agents, brokers, lenders, title (insurance workers), inspectors and others — and is a conducive environment that promotes working together and helping each other be better at what we do.”

Co-working spaces can be anything from an organized, professionally managed building designed specifically for co-working, to an empty, old warehouse with some mismatched tables and chairs. Amenities usually include Wi-Fi, printer, phone and conference space. Some offer kitchen facilities, large meeting rooms and even secretarial services.

In keeping with the needs of freelancers and other independent workers, most spaces offer secure access and are open 24/7. Prices to use co-working space vary greatly. Options typically include paying by the hour, by the day, or by the month. Some spaces offer membership plans, and most are free to try for a couple of hours.

Before embarking on your own migration to co-working, it’s important to know co-working etiquette. Rebecca Samuelson, the assistant director of TechPad in Blacksburg, Va., offers the following advice: “Don’t talk on your cell phone during business hours. Co-working spaces usually have conference rooms or secluded areas for phone conversations. If someone has headphones on, don’t approach them.”

For more information, or to find a co-working space in your area, check out Coworking.com.