None of the social networks work.

What works is you. You do the work. The networks simply provide some sort of outlet or platform to do whatever it is that you’re doing there.

So when people talk about “Hey is Facebook working for you?” or “I don’t get how Twitter works” there’s a reason. They’re talking about it because they’re still focused on the networks. 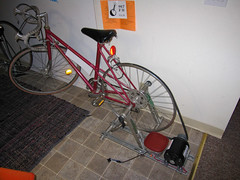 What works is you. It’s your ability to generate meaningful relationships and community. The network is just a place for you to do that relationship building.

The networks provide simple tools, simple abstractions of social behavior we might go through in the real world. Instead of a smile and wave as we pass each other on the street we get a thumbs up button on a screen. Instead of a little chit chat at the checkout line we get a 140 characters of how your day is going. Instead of a high five we get a retweet.

The power of social networking is real. It’s really real. As in, reality. 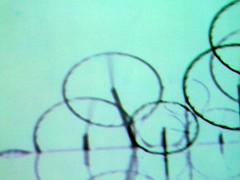 Your relationships in the real world are real. Your ability to use digital tools and press buttons on keyboards and tap flat pieces of glass and plastic with invisible electronic sensors embedded and connected to more copper and silicon and then transmitted through the air to towers and wending through space and time until it arrives on someone else’s piece of glass where it jumps instantaneously into their mind where your idea becomes their idea too is the real power of social networking.

Try focusing more on the last part of that chain of events and worry less about about the first part.