Once upon a time, I left a Foursquare tip at a nail salon, recommending the place, and their awesome staff. Frankly, I had forgotten about it, until recently.

It was late one evening, and I needed a manicure and as we were catching up a bit (I’ve been going there for years and often I bring my friends and family through) I was thanked for ‘posting something online’.

I was perplexed… ‘posting something online’ about the nail salon? Hmmm.

After some digging, it was explained to me that a new customer walked in, having checked out the venue on Foursquare and asked specifically for my nail maven, Rachel. The customer told Rachel about the tip and then showed it to her (recognizing both my name and face on the smartphone screen). Then, on my next visit it became a chat on how could they access and leverage these types of services. 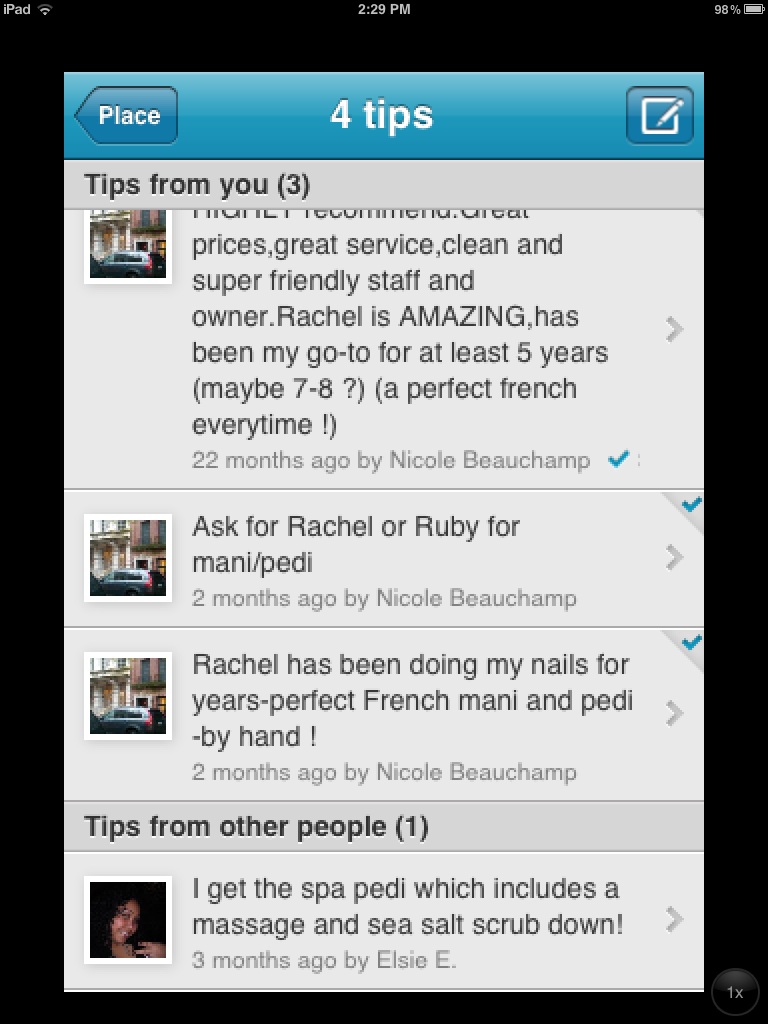 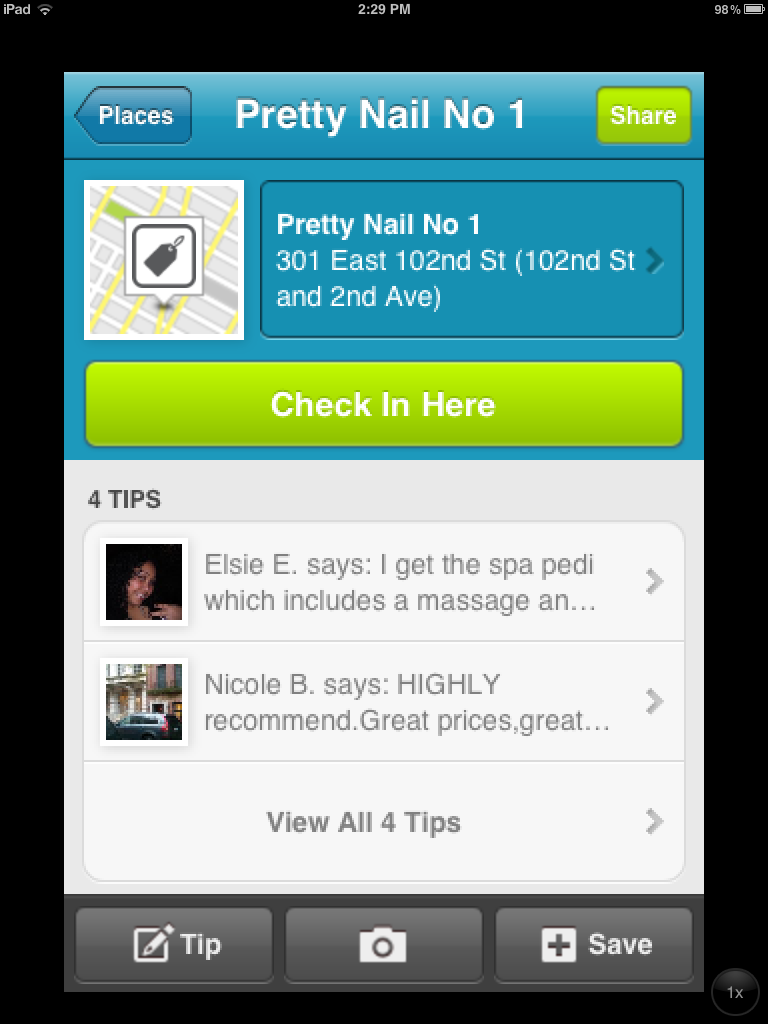 The following evening, I agreed to host at my office, a brainstorming session for some of the brains behind Special Spectators. I knew all of the people attending, except for one. As fate would have it, he was the first to arrive from ‘upstate’. We got to chatting a bit, and he mentions that well before either of us got involved with this charity, that he knew me…from Twitter. This was probably a result of having a dozen or so common friends from my taller half. As a result, our paths came to intersect because of our connection on Twitter, and a common cause, landing us at the same place at the same time. (It is worth noting that I learned of this terrific charity as a result of a friend sharing on Facebook.) 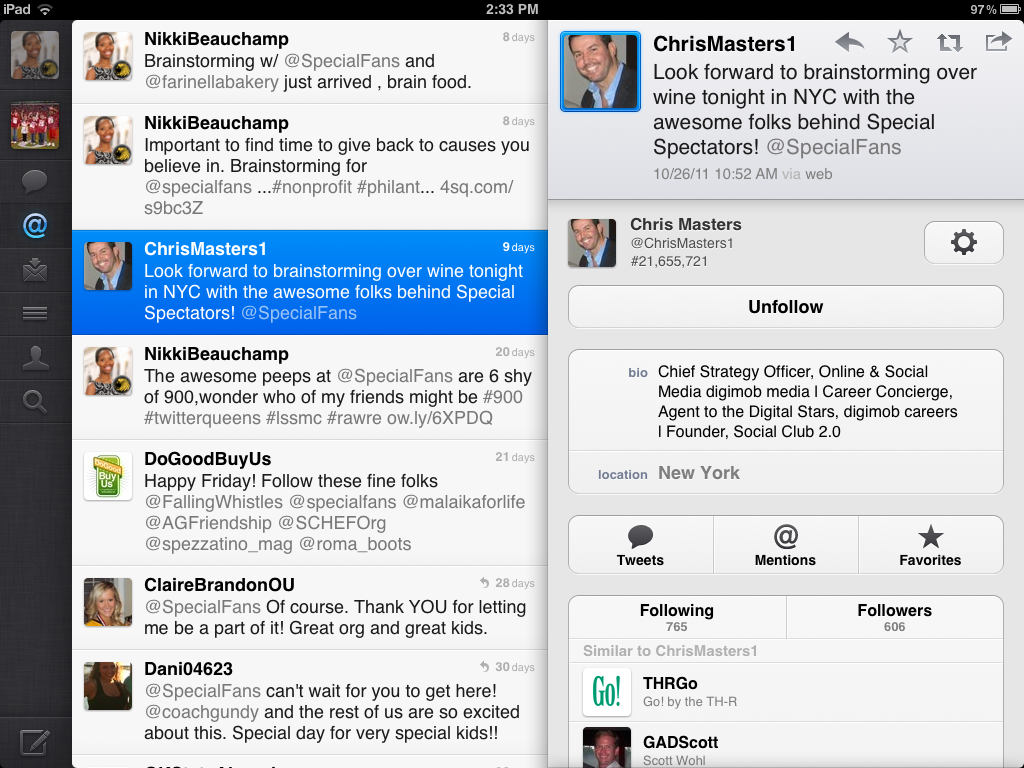 This lead me to wonder about the how and why we choose to do things, and what influence that has in our lives and businesses. As I was thinking about this, a wise person reminded me of the concept of Whuffie.

Which then led me to think about the idea of ‘social capital’ and how it permeates my life and business, perhaps without knowing it, not that I think of it as social capital per se. In my view, there is so much that many of us know and can contribute, both professionally and personally. Social media can make it potentially easier to find common ground to connect to others with, but this is not that revolutionary is it? Think of all the affinity groups we are a part of over the years, whether its college football, or your obsessions with Chopin ballades with a former musical colleague.

It’s about tangible connections, online and off. Terrific service and experiences, value. That it’s about genuine intent and strategy, even when it’s not. How do you maintain and nurture your existing connections? How do you make new ones and fold them into that process of nurturing? What do you do to keep the embers alive, no matter where you initially connected? Keeping in mind that all of this folds into life as a person as well as a real estate agent.

For me, it is incredibly important to find someway to giveback – and what I’ve noticed over the years, is that it’s easy to write a check, but it is potentially more valuable to donate your time. Especially if you possess a skill that would be incredibly difficult for many organizations to afford. 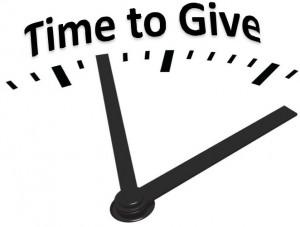 I’m curious, how have you connected and engaged with people using existing tools? Why have you made those connections, and how do you tend to your garden?

Here’s a worthy challenge, especially as we go into the holiday season, let’s connect and engage, in every aspect either online or off. Pick up the phone, go for coffee, and make plans to reconnect at a conference, over a great book, whatever shape it takes. The rewards and possibilities are infinite…and I think they will fill your Whuffie bank.