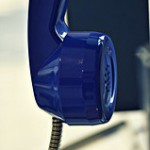 To set the groundwork for this column on mobile technology, I’d like to start by laying all the cards out on the table. To give you a big picture of what we’re staring it, a clearer direction of where we are and where we may be headed.

People are buying smartphones more than any other type of mobile phone right now.

Similarly, a report issued in June by Nielsen, found that among those Americans who bought a new mobile phone in the last three months, 55 percent of them opted for a smartphone.

So what are all these people buying?

Android and iPhone are killing it
The same comScore report shows that 62% of smartphones in use in the U.S. are either Android or iOS.

Android holds a lead over iOS currently. Last month Google reported that it activates more than half a million Android devices every day.

All the others seem to be shedding users like it’s going out of style. Research in Motion (RIM), maker of the Blackberry line of devices, seems to bearing the brunt of the defections. During April alone, 475,000 people ditched their Blackberries.

So what is everyone doing with all this computing power in their pockets?

Filling their phones with apps 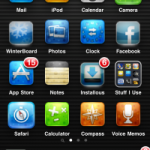 Last week, Apple announced 15 billion apps have been download from the App Store.

Only 32% of people’s time is spent using their phones as, well, phones. The rest can be divvied up into email (9%), web (12%) and apps. Games, apparently, being the most popular category of app.

These usage rates are only going to continue to increase, especially as…

Verizon has already lit up 4G networks in a dozen or more markets across the country. AT&T looks to be ramping up its 4G networks in 10 markets later this year.

Yep, even more devices
The iPad has been a runaway hit, with various pundits expecting Apple to sell between 25 and 45 million units in 2011.

WebOS has been re-purposed as a tablet operating system, RIM bet the farm on its Playbook and there have been a few (mostly unsuccessful) attempts at building Androidbased tablets.

None of this has put so much as a dent in the iPad juggernaut to date, but this is a nascent category of devices so there’s still plenty of time.

All in all, all these new devices means…

The mobile web is blowing up 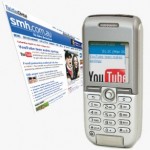 According to a report by Cisco, mobile web data traffic is set to explode. By 2015, it will have increased by a factor of 26.

Bottom line, more and more, people will be using mobile devices as their primary way to connect to the Internet.

So why does any of this matter?
What we’re witnessing right now in mobile is a shift in technology that is as significant as the introduction of the PC and the birth of the Internet.

It’s going to mean new ways to connect and communicate with clients and prospects. It’s going to have implications in your marketing and your website development. It will empower you in your business and keep you informed in many new ways.

Over the coming months I hope to dig deep into various aspects of this technological shift and share with Inman Next readers some ideas on how they can react and respond.

For now, just let those numbers sink in.