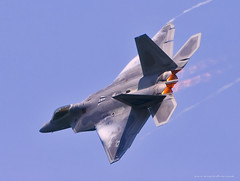 Redfin’s new release is breaking new barriers, literally – they are adding bank-owned foreclosures and for-sale-by-owner inventory along side alongside their MLS listings (more from 4realz.net). The first, as far as I know, of any major brokerage to do so.

Definitely a smart move for the company which has long been out front pushing for greater innovation in real estate search experience online.

Redfin says it’s going to support the addition of these listings through a flat fee. Which means, I presume, as a buyer, if you want to put an offer on a FSBO through Redfin, they’ll help you write it up and just charge you X.

To me it signals one thing… with this news, with Roost’s recent launch, several MLS talking about or already syndicating their listings to the major search portals and others busy developing public facing web sites – it looks like we’re in the early stages of a sea change for these organizations. Who knows where that will end up.

One thing is for sure, some people don’t like change. And with this move, Redfin will either raise the ire of the MLSes or spur other brokers down a similar path. In either case, Redfin wins, securing itself in the center of another PR firestorm or being the catalyst for genuine change in the industry.