Like millions of other geeks yesterday, I tuned in to the liveblog coverage of Apple’s iPhone event.

Last night, I watched the event in its entirety and I have to say I’m pretty excited by what I saw. 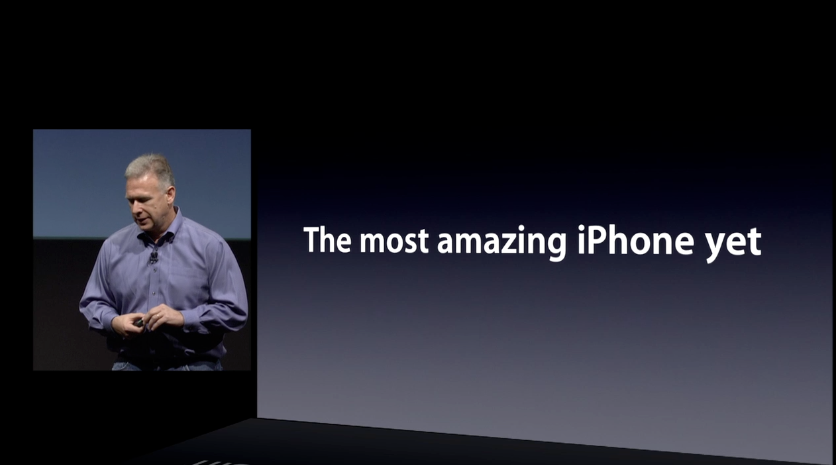 Let’s get a few objections out of the way first, though:

For all it’s secrecy, Apple is a pretty predictable company.

New iPads get announced in January, and ship in Spring. Laptop hardware gets refreshed early Summer, in time for the back-to-school sales. A new iPhone has normally been released in that window too – but this year the announcement was pushed back to Fall, to an event that’s normally reserved for the iPod.

This delay caused a frenzy of speculation over what was to come.

I think there’s a simple reason why the new iPhone was later than usual. Dedicated music players just aren’t as big a business for Apple anymore and the iPod already sits atop that category’s pyramid. (Besides, the best selling iPod, the iPod touch, is basically an iPhone without the phone app.) Apple just wanted to consolidate its annual announcements and realign its Fall event towards its best-selling product line, the iPhone.

So why not a new iPhone?

Resetting all of these for a new hardware design every year simply doesn’t makes good business sense. Take the car manufacturers, for example, whose body styles also don’t change every year.

I think we’ll see the iPhone 5, featuring a new design, next year.

What’s the big deal then?

I think this was a big announcement.

But it’s all about the software. Frankly, I think there’s very little Apple can do on the hardware side to make their phones much better. Smaller, yes. Faster, yes. But everything at this point will be incremental and evolutionary, not revolutionary.

iOS5 however is where Apple continues to lead the pack.

And here’s what I think was the biggest takeaway from yesterday’s event.

Siri is going to be big.

Siri is Apple’s new personal assistant software. (Skip forward to about the 70th minute in the keynote to see the demo.)

Using advanced voice recognition software, you can ask Siri to perform various tasks for you –  make appointments, send text messages, tell you the weather, find you a good restaurant, that sort of thing.

Here’s why I think it’s going to be big…

The answer is what’s important

We already know that a lot of web activity is shifting to mobile devices. And unfortunately, the search paradigm that Google introduced to our desktop browser, a page of 10 hyperlinks, makes very little sense on a tiny screen.

Nobody wants to search for anything on their mobile phone. You just want to get the answer to your question quickly. Apple has figured that out. 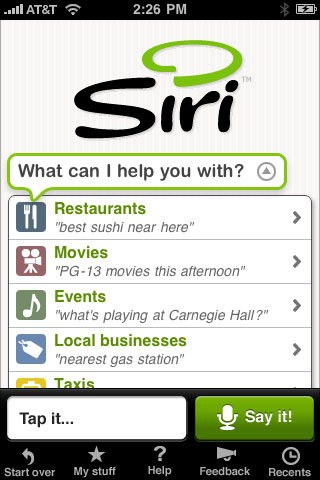 So the way Siri offers up those answers is fast, compelling, and, in most cases, good enough.

This is potentially very disruptive.

How will you get found in this new world? Since it remains to be seen how the Siri AI will return its results, SEO, as we’ve come to know it, could become less and less relevant.

Imagine, for a second, that Siri bases the results of local Realtor® queries (“Siri, find me a Realtor® ”) on production statistics, like Redfin’s Agent Scouting Report just did…

And so a new idea takes seed

I imagine that over time we’ll become more accustomed to speaking to our phones to ask them what we want. I suspect that we’ll see Siri-like clones for the other mobile platforms (Android and Windows Mobile, namely) soon too.

We’re moving quickly here folks. Sometimes it’s just not clear where we’re going. But I think that the Apple announcement yesterday once again gave us a peak in to the future.

A future where the best answer to all of our questions is going to be in our pockets at all times.