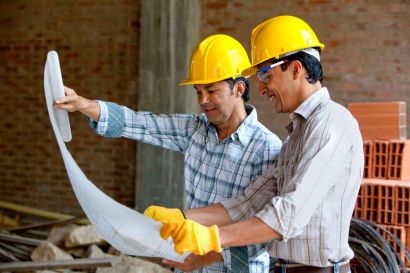 While today’s job’s report was disappointing on nearly all fronts, there was one bright spot that shone through the dismal numbers: sustained construction-job growth.

“The solid increase in construction employment in March, which brought the average monthly gain during the first quarter to 30,000 jobs, the biggest in seven years, supports the view that the housing recovery will continue to march on despite headwinds from fiscal drags,” said Fannie Mae Chief Economist Doug Duncan in a statement.

Even still, the rate of construction job growth lags far behind growth in actual home construction — which was a whopping 28 percent year over year in February, according to the Census Bureau. Today, Trulia economist Jed Kolko offered an explanation for why this is:

“A key reason for this seemingly slow rebound in construction jobs is that construction activity (in units or dollar value) fell much more than employment did after the housing bubble burst. Economists point to “labor hoarding”: firms often hold on to more workers than they need in temporary downturns if the cost of firing, rehiring, and retraining is high relative to keeping them on,” Kolko wrote in a blog post. “That means jobs declined less than construction activity during the bust and are therefore now rebounding less.”

The number of construction jobs for every housing unit actually appears bloated, Kolko found. In February, there were about 3.7 jobs per unit, up 40 percent from a February 2001 level of 2.6 per unit, he said.

As home construction continues to rise, the sector will continue to generate jobs, but the number of jobs per unit should gradually decline to pre-bubble levels, he said.

“For builders who are reporting labor shortages today, that headache is likely to get worse, not better, as the recovery continues,” he added.

BuildersUpdate.com aims to get homebuilders, agents working together