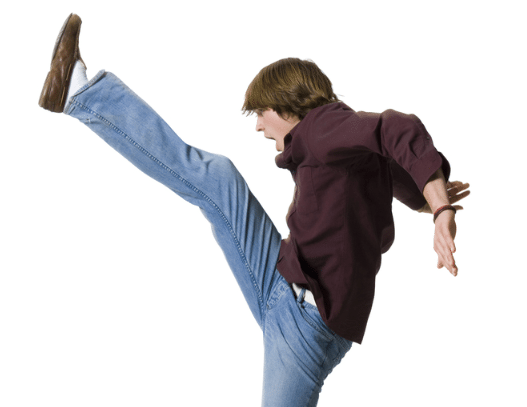 With tight inventory stifling a full housing recovery in many markets and foreclosures slowing down, builders are responding by ramping up plans to put new homes on the market, according to an analysis of U.S. Department of Housing and Urban Development data by RealtyTrac.

Houston, Oklahoma City, Austin, El Paso and Fort Worth topped the list of cities where the most single-family building permits were issues, while Texas, Florida, North Carolina, California and Georgia were the top states. 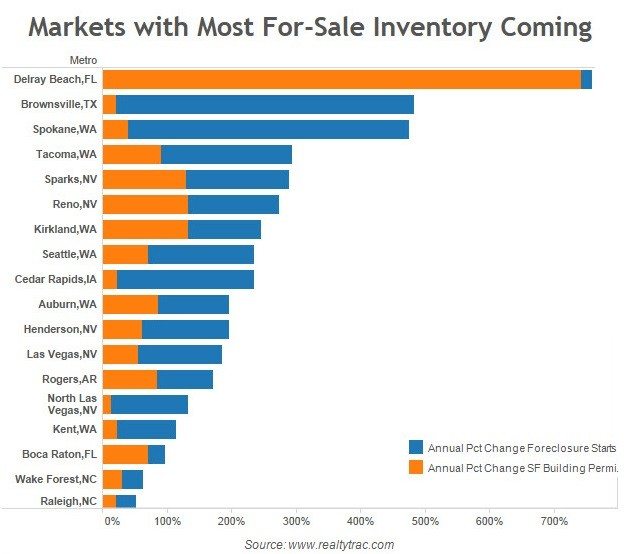 Foreclosure starts were down 27 percent in the quarter from a year ago, according to RealtyTrac, to the lowest level in a quarter since the second quarter of 2006.

A net increase of homes on the market is what really will bring inventory back up, NAR Chief Economist Lawrence Yun has told Inman News. When the pressure of low inventory eases, then agents can worry less about scaring up sellers for their buyers and move on to something else.

The dearth of homes for sale is one of the key factors slowing down the nascent housing recovery, finance and economics blogger Bill McBride told Inman News.

The number of existing homes — which represent more than 90 percent of total home sales in the U.S. — for sale totaled 1.93 million in March, representing a 4.7-month supply, according to the most recent data from the National Association of Realtors.

The U.S. is nearing an inventory bottom, McBride wrote in his weekly blog post on inventory at Calculated Risk, citing existing-home inventory numbers from the financial research site Department of Numbers.

McBride says it remains to be seen whether inventory will bottom in 2013 or 2014. “It will probably be close,” he said.

“We need a housing supply of over six months to have a generally balanced market between homebuyers and sellers, but it’s unlikely we’ll get there without greater increases in housing construction,” NAR’s Yun said in a statement addressing the most recent inventory numbers. 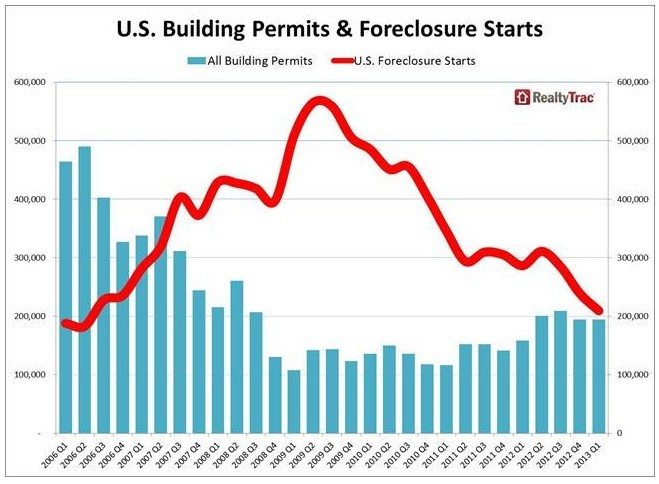 Builders are getting the gist, recent numbers on single-family building permits suggest.

In March, single-family building permits, which are not required in all locations, were up 27.7 percent from March 2012 to a seasonally adjusted annual rate of 595,000, the second-highest level (with only February surpassing slightly) since July 2008, according to the latest data from the U.S. Census Bureau.

However, builders are still wary.

Builder confidence rose in May from April, but an index maintained by the National Association of Home Builders (NAHB) showed more builders still viewed conditions as poor than good.

Builders: Don't forget Realtors brought you to the dance

Builders hope Realtors will help them win back buyers

Agents helping builders sell new homes
Back to top
Only 3 days left to register for Inman Connect Las Vegas before prices go up! Don't miss the premier event for real estate pros.Register Now ×
Limited Time Offer: Get 1 year of Inman Select for $199SUBSCRIBE×
Inmanpot
Log in
If you created your account with Google or Facebook
Don't have an account?
Create an Account
Forgot your password?
No Problem