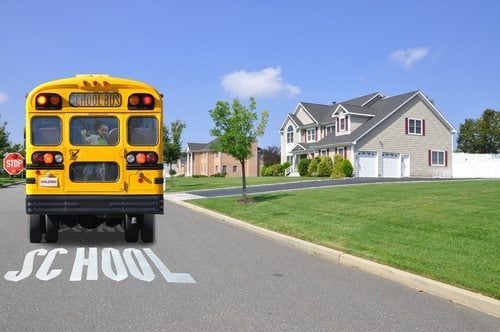 Editor’s note: This is the third installment of a four-part series that explores how the spread of neighborhood data will complicate the role of agents and aggravate residential segregation.

Andi Kimbrough began her search for a home in Grapevine, Texas, in 2012 by using the popular school ratings site GreatSchools to flag the one poor-performing elementary school in the otherwise excellent school district that covers Grapevine.

Shunning listings served by that school, she then used the site’s listing search feature to hone in on a single-family rental served by a more desirable school, moving into the home in 2012.

“I didn’t go to GreatSchools initially thinking that I was going to look for houses through that website … but when I saw that button, I thought, ‘Hey, that’s brilliant!’ ” said Kimbrough, a mother of five and TV producer at DayStar Television.

She left the rental in November of last year to downsize to an apartment. For that search, she turned to GreatSchools again, using it to steer clear of homes in Grapevine served by a school in Colleyville, which shares a border and school district with Grapevine.

“Now this go-around, I’m looking ever more closely,” she said.

Housing observers and school officials around the country report that many renters and buyers fixate on online school data like test scores and ratings, and are paying more money to live in neighborhoods served by top-rated schools.

School officials in California’s San Mateo County say online school ratings and test scores result in house hunters paying premiums of $200,000 or more for homes near schools that score only slightly better than other schools in the same school district, according to The San Francisco Chronicle.

Agents report that some buyers’ preoccupation with online school data has made it difficult to get them to consider listings served by schools that don’t boast top school ratings or scores.

Phil Faranda, a broker based in Briarcliff Manor, New York, says that the online school data craze is pushing up premiums for top-rated schools throughout Westchester County, New York, and that the effect is growing “more severe with the passage of time.”

Like hyperlocal crime rates, sex offender data and other neighborhood information, the social consequences of this trend is aggravating the economic and cultural divides that shape so many neighborhoods and cities throughout the country.

Online school ratings are the most “mature example” of “granular data impacting home values and reinforcing the development of like-minded” neighborhoods, according to Paul Gallagher, vice president of marketing and product development at data provider Maponics.

Faranda says that online school data is wielding so much influence over buyers that a relatively small decline in a school-quality metric, like a high school’s college attendance rate, could soon take a toll on the neighborhood served by that high school.

“When you have that access to data, I think it will cause damage,” said Faranda, owner of J. Philip Real Estate. “Say it drops below 90 percent, then that community will be at risk of declining.”

Edward Berenbaum, an agent at Arlington, Virginia-based Century 21 Redwood Realty, suggested that school ratings can tarnish schools, an effect that would reduce demand for the neighborhoods served by them.

“While the score of this site is an amazing tool … I fear that it may take a school a while to ‘dig out’ of a bad rating,” he said about GreatSchools. “The simplicity of their rating system may also discount the importance of visiting the different schools and meeting with the principals.”

But while ratings may deal a temporary blow to many schools and neighborhoods, some observers argue that they could also raise school standards nationwide, complicating the debate over their value.

“Rankings should make the schools more competitive in nature for the school systems to improve,” commented Merry Sloane, an agent based in Olney, Maryland. “Human life means a desire to improve and change the way things have been for years and years.”

People have long paid premiums for homes served by top-rated schools. But research has shown that governments can magnify those premiums by simplifying the school ratings that they release to the public.

That’s what online school ratings are doing, distilling school test results into scores ranging from one to 10.

“Everything that was in the school grades had been public data for quite sometime,” said David Figlio, speaking of a study he led that showed that the Florida government drove up premiums for top schools by wrapping test scores into letter grades. “However, packaging it up and making it easy and accessible to people made it more salient.”

Online ratings and other school data are pushing up premiums for homes served by top-rated schools because the information is reaching more families than government scores traditionally have, and often while they’re in the act of filtering home listings.

Do you find that buyers seem to fixate more on school data than in the past? Please share your thoughts in our comments section.

GreatSchools reached over half of U.S. families with school-age kids last year through its website alone, according to spokesperson Alan Simpson.

Kimbrough’s favorite search tool is a Redfin feature that fires out push notifications when listings served by a specific school hit the market. She’s using it to find a home to purchase next year.

Zillow opens a new TV advertisement with a scene (shown in the first 10 seconds of video below) that suggests that the listing portal’s online school ratings can help consumers weed out listings in seconds.

A mother asks her husband through a video call if he looked at the Zillow listing she emailed him.

“It’s got a great kitchen, but did you see the school ratings?” the husband says.

Online school ratings and listing search tools benefit consumers like Kimbrough. But there are consequences.

Andrew Schiller, founder of data provider Location Inc. and the website NeighborhoodScout, says that the proliferation of school ratings has already produced “a greater discrepancy in home values between the haves and have-nots of good-quality schools than there has been in the past.”

By driving up the real estate values of neighborhoods, demand for top-ranked schools locks out more middle-income buyers from neighborhoods served by those schools.

Increased property values translate into increased revenues for schools because schools lap up their funding from property taxes.

“That school segregation between the wealthiest families and others will increase the concentration of resources in these schools and lead to further segregation,” said Kimberly Goyette, a sociology professor at Temple University.

Not everyone buys the view that the spread of online school stats is changing neighborhoods.

“It’s not obvious that to me that many [buyers] will ultimately end up making school or neighborhood choices that are substantially different from the ones they would have made in absence of such tools,” said Elliot B. Weininger, an associate professor at the Department of Sociology at SUNY Brockport.

Teresa Boardman, a real estate broker based in St. Paul, Minnesota, says the level of online school data’s influence on buyers might vary by region, and that it isn’t causing buyers in her market to sort through listings differently.

“People have always looked at schools scores,” she said. “Personally, I don’t have any evidence that this is changing the pattern that already exists.”

But research and reports from agents in other markets suggest that online school data, including simplified ratings, is meaningfully altering demand for some neighborhoods.

Tomorrow, in part 4 of this series, we look at how neighborhood data is undermining fair housing laws. Read part 1 of this series here, part 2 here and part 4 here.

Do you think online school ratings are magnifying premiums for homes served by top-rated schools?