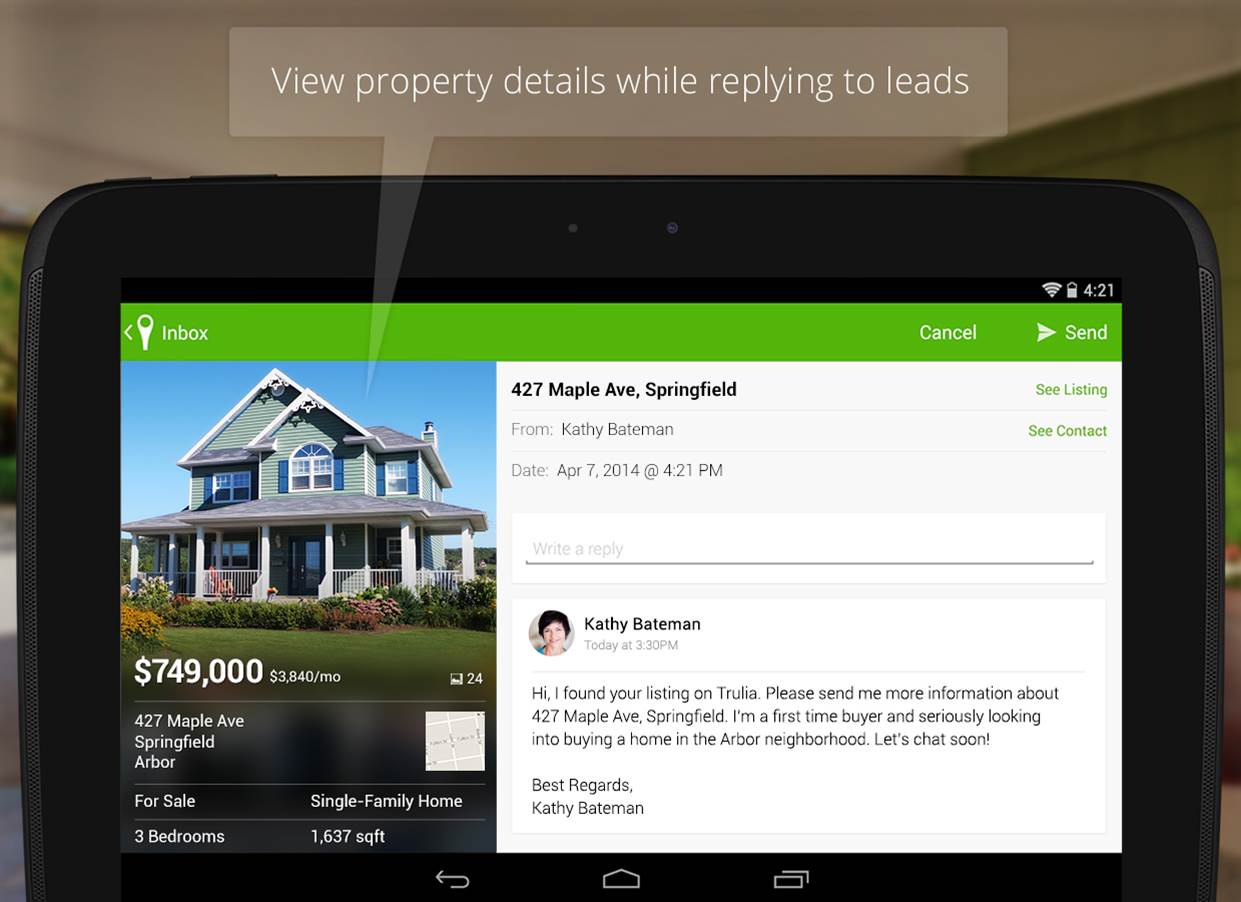 Trulia has released iPad and Android tablet versions of its agent app, which until now has been available only for smartphones.

The free Trulia for Agents tablet app, like its smartphone counterpart, allows agents to manage and visualize lead info quickly and on the go, receive push notification regarding new leads, publicize when they check out a home on their Trulia profile or on Facebook and Twitter, and find and share homes for sale with clients.

“With this latest evolution of our mobile productivity tools, agents now have a single platform that enables them to run their entire business from anywhere,” said Dan Hang, vice president of business products at Trulia, in a statement.

Though they’re similar, the tablet version of the mobile app allows agents to see info all on one screen instead of having to scroll through multiple pages on the smartphone version, Flegal said.
Management of Trulia leads is a big part of the Trulia for Agent app’s value, Flegal said. Agents using the app can see the Trulia listing that consumers — whether they are logged into a Trulia account of their own or not — are interested in, complete with a view of its photos, amenities and local market data so they can be informed when responding to them, he said.

If consumers are logged into a Trulia account, agents also can see whether they’re working with an agent or not, or if they have been prequalified for a loan, Flegal said.