The number of seriously underwater homeowners inched up slightly during the first quarter due to slow home price appreciation, according to housing data provider RealtyTrac. At the end of the first quarter, just under 7.4 million residential properties were underwater.

The number of seriously underwater homeowners inched up slightly during the first quarter due to slow home price appreciation, according to housing data provider RealtyTrac.

At the end of the first quarter, just under 7.4 million residential properties were underwater — meaning the combined loan amount secured by the property is at least 25 percent higher than the property’s estimated market value — for an increase of 0.4 percentage points from the fourth quarter of 2014, RealtyTrac said in its most recent U.S. Home Equity & Underwater Report.

That slight bump is the first quarterly increase seen since the second quarter of 2012, but still down more than 4 percentage points from a year ago. Currently, the number of underwater mortgages represents 13.2 percent of all properties with a mortgage, RealtyTrac said.

“At the end of 2014 we saw the lowest share of seriously underwater properties since we began tracking such data, but in the first quarter that share bumped up slightly as home price appreciation continued to slow down in many markets,” said Daren Blomquist, RealtyTrac’s vice president.

Blomquist noted that “most of the seriously underwater homeowners are still stuck in their homes as short sales and other foreclosure alternatives lose momentum, tilting the national home equity scales back slightly toward a higher share of negative equity.” 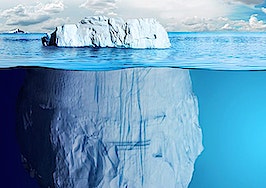 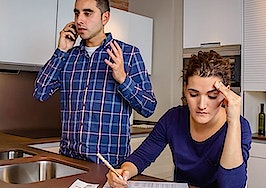 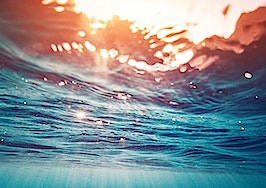 Why under-equitied homeowners are a ticking time bomb for the real estate economy
Back to top
Be part of the community driving real estate forward. Join thousands of top-producers at Inman Connect Las Vegas this August.Learn more×
Limited Time Offer: Get 1 year of Inman Select for $199SUBSCRIBE×
Inmanpot
Log in
If you created your account with Google or Facebook
Don't have an account?
Create an Account
Forgot your password?
No Problem