Communication has not been Upstream’s forte. But this time, Upstream’s leaders were ready. Here’s a rundown of some of the questions asked and answered at Inman Connect.

NEW YORK — When John Mosey heard his multiple listing service, NorthstarMLS, would be one of the pilot markets for broker platform Upstream at an industry event last year, that was news to him. No one had ever asked.

The MLS CEO said he’s happy to help, but that doesn’t mean he knows what the project will entail.

“I literally have no idea, but I have a lot of confidence,” Mosey told attendees at the Inman Connect conference last week in a panel about the project.

Communication has not been Upstream’s forte. From that first cryptic warning in 2013 that something was afoot among big brokers to the National Association of Realtors’ annual conference in November, many MLS executives have been left with unanswered questions. 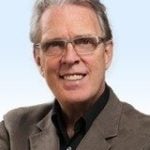 But this time, Upstream’s leaders were ready. Here’s a rundown of some of the questions asked and answered at two panels at Inman Connect, most of them asked by panel moderator and MRIS CEO David Charron.

Tell me what Upstream is.

“Upstream is a consolidated database of broker information in one place,” said Dan Elsea, president of Real Estate One and vice-chair of Upstream’s board of managers.

“The idea is to facilitate the distribution of information and to streamline the process so that a broker doesn’t have to put information multiple times in multiple places.”

Upstream is “a single source of truth” for broker information, said Cary Sylvester, a Keller Williams vice president and Upstream board member.

What is Upstream not?

It’s also not an aggregator, she added. Brokers will only have access to their own information unless they have signed agreements to share listings with other brokers. 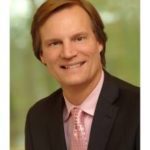 What kind of personnel will Upstream have?

“Upstream is designed to be very skinny. We’re in the process of looking for a CEO,” Elsea said.

So far, the project has been run by volunteers, which is in part why its communication has been so “quiet,” he added.

The Realty Alliance, a network of about 75 of the largest full-service real estate companies nationwide, is serving as staff for Upstream until Upstream hires a CEO, said Craig Cheatham, TRA president and CEO and secretary of Upstream’s board.

“As of right now, we don’t know” if there will be Upstream staff other than the CEO, Sylvester said.

“We do want to keep it very lightweight. We’ll lead with revenue, I promise.”

Elsea stressed that, although NAR subsidiary Realtors Property Resource (RPR) is the vendor for Upstream, NAR does not own or operate Upstream. Upstream has complete autonomy, he said. 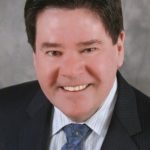 Mosey, you’ve signed up to be a beta market or work with a beta office or brokerage in your market. What did you sign up for?

“I haven’t the faintest idea,” Mosey said, but added, “We don’t do stupid. We as an MLS … facilitated over $18 billion in transactions last year.” That translates into dollars for brokers and agents, he said, and that’s a “smooth-running ship nobody wants to mess with.”

Why can’t Upstream’s leaders tell us exactly how Upstream is going to work?

Software developers used to create software using a linear, step-by-step “waterfall” approach that delivered one big pre-designed product in the end, like the Taj Mahal, according to Sylvester.

But a better approach is “agile” development, she said. An “agile” approach allows developers to build different parts of a product simultaneously and make changes along the way. (A comparison of these two approaches can be found here.) 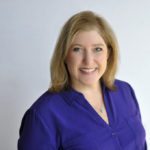 That means that the product’s final design has yet to be decided upon, though Upstream leaders can start “touching” an early version in a couple of weeks, Sylvester said. Using agile development also means that Upstream will be out in beta in May, not in three years, she added.

“I don’t want to wait three years and build the Taj Mahal when you actually need Buckingham Palace,” she said.

What is success for Upstream?

There are two distinct successes, Elsea said. Success at the individual broker level and success at a global level.

“From my standpoint, success is my organization using Upstream,” Elsea said.

“I don’t care if anyone else in my market touches it” because it’s saving me money not to re-enter information all the time, he added.

In reality, what will happen is that Upstream will catch hold in certain metros and have high usage and less so in others, Elsea said.

At a broader level, success is “to change and innovate how the industry operates” and make brokers, agents, and franchisors better, Sylvester said.

“If we want to be able to shift and change how we think, my personal goal is 100 percent” usage of Upstream, she said. 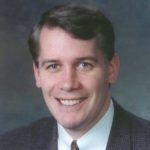 Upstream will allow brokers to free up their time to innovate, to serve their customers, and to offer up a platform that others can innovate on top of, Cheatham said.

The worst case scenario is that everything stays as it is, Elsea said.

The Broker Public Portal, Upstream, and AMP (Advanced Multilist Platform) are billed as three separate initiatives. Are they really? Is this a grab?

She compared the initiatives to similar products in the airline industry. When Travelocity came along and disrupted that industry, the industry got together and created two initiatives, Orbitz and Sabre. Orbitz is like that industry’s BPP and Sabre is like Upstream, according to Sylvester.

Cheatham: Upstream will allow brokers to free up their time to innovate, serve their customers

Who are Upstream’s technology partners?

“Our technology partner is RPR. We don’t have any others. RPR may subcontract some things out,” Sylvester said.

Will Upstream only handle listing data?

No, Sylvester said. “Listings are the no. 1 thing we need to fix so we can innovate,” but broker, franchise and agent information is “completely inconsistent” as well, she said.

“Our road map is becoming a data management company. Not just for listings. We’re just starting with listings.”

Who can join Upstream?

“It is broker owned. Any broker can join, even a non-Realtor broker,” Elsea said.

“One listing, one vote. The idea is to be as inclusive as possible.”

What are the benefits for small brokers?

“Large or small broker, you may be in a situation where you need to [deal] with multiple MLSs,” Elsea said.

A common platform puts everyone on an even playing field and all brokers can use the tools Upstream will offer, he added.

Some brokers may not have their own internal listing systems, for example, Sylvester noted.

Who decides where the data goes?

“The information that’s put in Upstream is owned by [and] controlled by the broker,” Elsea said.

“Upstream doesn’t do anything with the data unless the broker approved it in advance.”

Mosey pointed out that that’s no different than how his own multiple listing service operates.

How does Upstream affect individual agents? Will they get to make the decision about where their listings go?

“That’s up to your broker,” Sylvester said. “[Your broker] determines who is making the decision – the broker or the agent. In our firm, it’s the agent.”

Will Upstream have an add/edit tool for listings?

Yes, according to Sylvester. “If we want to achieve our shared goals, add/edit is in Upstream,” she said.

Other tools that have been added to the MLS are not being replaced at all, just add/edit, she added. “We’re not going to do something that puts John out of business,” Sylvester said.

Will Upstream help with regional consolidation?

If a broker wants to limit which MLS they’ll use, that’s up to the broker, not Upstream, Sylvester said.

Who is going to pay for the extra work of integrating MLSs with Upstream and making sure listings are compliant?

Sylvester said she didn’t have an official answer to that, but most likely MLSs would be expected to eat that cost. Upstream will look at what it can add to help alleviate costs and changes, she said.

Are there any indemnification provisions that flow back to the local MLS if data is inaccurate?

Upstream would have some coverage as a vendor, “but responsibility typically lies with the person who input the data,” Elsea said.

Will the technology providers who currently have relationships to the brokers still have easy access to that information?

“Yes. The authority of who gets to access the broker’s data resides with the broker,” Sylvester said.

Will Upstream include a data field for compensation?

The actual input of that data will be part of Upstream, Elsea said. But other Upstream participants won’t be able to see that data, so Upstream will not be facilitating cooperation and compensation, Sylvester said.

How many members total are there on the Upstream board?

There are 23 members total, two of them from NAR, Elsea said.

Say I have a website that’s not a publisher on Upstream, can I add that to Upstream easily?

Are you going to have all the MLS fields?

“That will be done on an MLS by MLS basis,” Sylvester said. Not all MLSs know what their rules actually are, she noted.

How difficult will it be for a technology company to become a publisher on Upstream?

All vendors will have to adhere to a standardized protocol and become certified, Elsea said. But Upstream doesn’t choose which publishers show up on a broker’s dashboard – that’s up to the broker, Sylvester said.

MLSs provide products and services that require use of all of the data, such as comparative market analyses (CMAs). Who handles that?

“It’ll be up to the MLS to provide the aggregation of data for its member users, not Upstream,” Elsea said.

UpstreamRE.com will be the source of information on how betas are going and what leaders have learned, Cheatham said. He expects Upstream will start posting information there “very soon.” 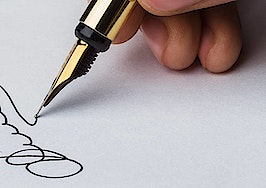 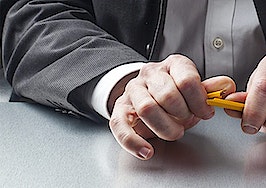 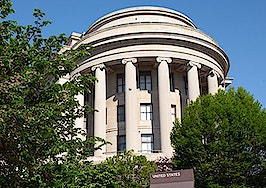 Is Upstream harmful to the marketplace?

Notorious R.O.B.'s 7 predictions for 2016: '90s dance music edition
Back to top
Only 3 days left to register for Inman Connect Las Vegas before prices go up! Don't miss the premier event for real estate pros.Register Now ×
Limited Time Offer: Get 1 year of Inman Select for $199SUBSCRIBE×
Inmanpot
Log in
If you created your account with Google or Facebook
Don't have an account?
Create an Account
Forgot your password?
No Problem