Fourteen more people — including two licensed real estate brokers — have pleaded guilty in a scheme to fraudulently take control of nearly a dozen homeowners associations in the Las Vegas area, bringing the number of guilty pleas and convictions in the ongoing case to 26.

Sentencing of the latest defendants to enter guilty pleas has been pushed back to next year, as many are cooperating with federal prosecutors who plan to present evidence to a grand jury this summer to obtain indictments against additional defendants, the Las Vegas Review-Journal reported.

Prosecutors say the fraud scheme operated from the summer of 2003 through February 2009, and was aimed at gaining control of HOAs to direct business — construction defect lawsuits and repairs at condominium complexes — to a particular law firm and construction company.

Some of those involved in the scheme identified HOAs that might be open to bringing construction defect cases. Once HOAs were identified, real estate agents were enlisted to identify condominium units within the HOA communities for purchase.

Straw purchasers used their names and credit to purchase condominiums in the complexes, with organizers of the scheme providing the down payments and monthly payments. Many of the straw purchasers — and others participating in the scheme who acquired a transferred interest in an HOA community — used their ownership interest to run for election to the respective HOA board of directors.

It was through boards of directors that the conspirators controlled the activities at the HOAs, including the selection of property managers, contractors, general counsel, and attorneys to represent the HOA., prosecutors said.

Two of the defendants entering guilty pleas Thursday — Patrick Bergsrud, 43, and Anthony Roy "Tony" Wilson, 34 — admitted in their plea documents that they acted as real estate agents "for the purpose of identifying units in HOA communities for use by the co-conspirators and to assist with the property transfer documents," prosecutors said. 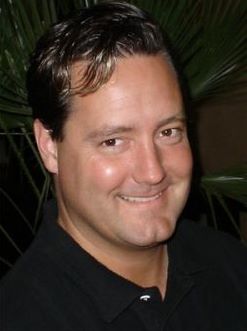 Wilson also admitted to assisting the conspiracy by developing ways to increase capital, such as refinancing some of the units to recapture the down payments and other fees, and also in managing the finances for the properties.

The maximum prison sentence for conspiracy to commit mail fraud and wire fraud is 30 years.

Alcantar admitted that he opened, operated and managed five bank accounts on behalf of the co-conspirator construction company owner, using names of shell limited liability companies for the purpose of concealing the identity of the individuals funding the conspiracy.

Alcantar managed the transfer of more than $8 million during the time period of the conspiracy, including deposits made from the co-conspirator construction defect attorney.

Prosecutors are believed to have been building a case against two individuals identified by defendants as having played key roles in organizing the scheme — businessman Leon Benzer and construction defects attorney Nancy Quon.

The FBI and the Internal Revenue Service raided the office of a company they owned — Silver Lining Construction — in 2008. A former employee of Crystal Management, a property management company allegedly involved in the scheme, alleged last year that Benzer and Quon were behind it. The employee, Denise Keser, was one of 10 defendants to enter guilty pleas in November.

Benzer has not been charged, and Quon, 51, was found dead in her bathtub on March 20, the Review-Journal reported. Another defendant in the case who entered a guilty plea last year, attorney David Amesbury, 57, was found dead March 25, an apparent suicide.

Benjamin Kim, who the Review-Journal said pleaded guilty Tuesday in a related bank fraud scheme, is a retired Las Vegas police lieutenant. A fourth retired officer, Christopher Van Cleef, shot himself to death a few days after a September 2008 FBI-led raid in the investigation, the newspaper reported.

Prosecutors said Kim used her position as the property manager of a condominium complex to help co-conspirators falsify ballots and retain their positions on the HOA board.