Mortgage rates hit new lows again this week, driven by growing concerns about the health of the U.S. economy that have also fueled speculation that the Federal Reserve will soon embark on a third round of "quantitative easing," or QE3, to encourage borrowing and fuel growth.

Mortgage rates hit new lows again this week, driven by growing concerns about the health of the U.S. economy that have also fueled speculation that the Federal Reserve will soon embark on a third round of "quantitative easing," or QE3, to encourage borrowing and fuel growth.

Although low rates have spurred another refinancing boom, many would-be homebuyers fear the possibility of another economic downturn, or are unable to obtain a mortgage, limiting the beneficial impacts that low borrowing costs would otherwise have on the economy.

"Many potential buyers are reluctant to purchase homes because of ongoing concerns about future income, employment and the direction of house prices," analysts with the Federal Reserve said this week in their Semiannual Monetary Policy Report to Congress. "In addition, tight mortgage finance conditions preclude many borrowers from obtaining mortgage credit."

For five-year Treasury-indexed hybrid adjustable-rate mortgage (ARM) loans, rates averaged 2.69 percent with an average 0.6 point, down from 2.74 percent last week and 3.27 percent a year ago. That’s an all-time low in records dating to 2005.

Rates on one-year Treasury-indexed ARM averaged 2.69 percent with an average 0.4 point, unchanged from last week but down from 2.97 percent a year ago. Rates on one-year ARMs hit an all-time low in records dating to 1984 of 2.68 percent during the week ending July 5. 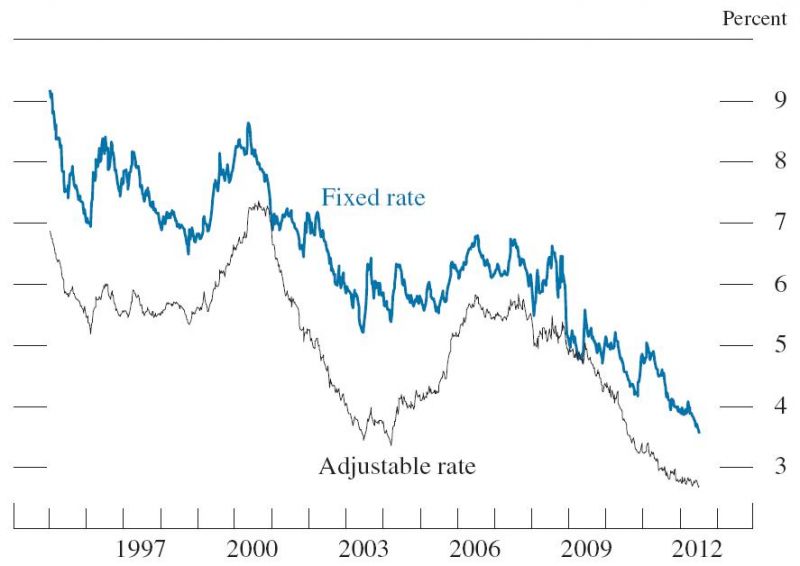 A separate survey by the Mortgage Bankers Association showed demand for refinancings soared 22 percent last week compared to the week before, to the highest level since mid-June.

But demand for purchase mortgages was little changed from week to week after accounting for seasonal factors, and was down 3 percent from a year ago on an unadjusted basis.

In their Semiannual Monetary Policy Report to Congress, Federal Reserve analysts said the housing sector — which has helped lead the nation out of past recessions — "appears to be on a gradual uptrend, albeit from a very depressed level."

Home price declines and low interest rates have spurred sales of new and existing homes, but "factors that have restrained demand for owner-occupied housing in recent years have yet to dissipate."

Not only are some would-be homebuyers still worried about keeping their jobs and the prospect of additional price declines, but many potentially creditworthy borrowers have had difficulty obtaining mortgages or refinancing because of tight standards and terms, the Fed reported.

The Fed’s surveys of loan officers show that from mid-2007 and into 2009, many lenders tightened mortgage lending standards — even for borrowers with prime credit scores. Very few have eased standards since then. The range of credit scores on new prime mortgages has remained elevated since lenders instituted the shift toward higher-rated borrowers in 2008. 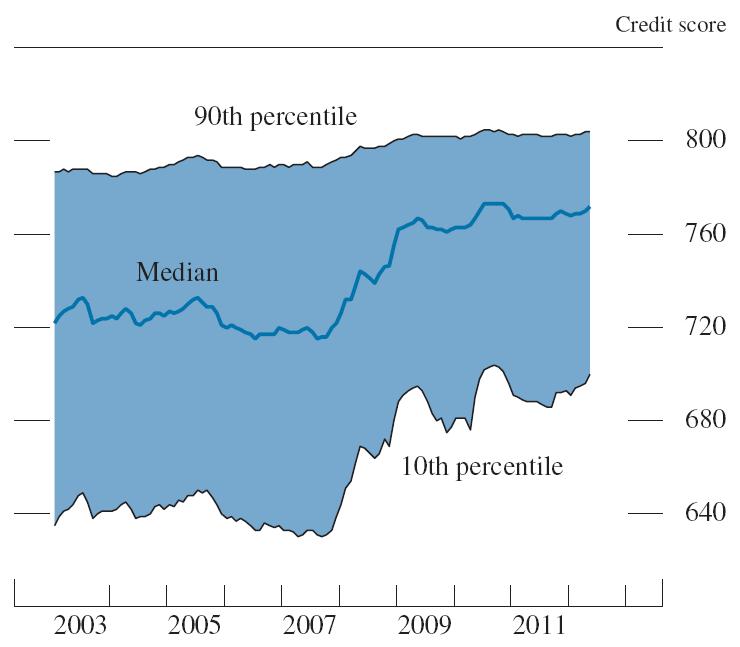 "Mortgage credit standards were clearly too lax in the middle of the previous decade, and some tightening of lending policies was warranted," the Fed advised lawmakers. "Nonetheless, industry data indicate that only about one-half of lenders currently even so much as offer a mortgage to borrowers with credit scores and loan-to-value ratios toward the lower ends of the ranges allowed by the government-sponsored enterprises (GSEs) Fannie Mae and Freddie Mac."

That picture improved "only slightly" from 2010, the report said.

Loan officers were asked in April about their reluctance to make loans backed by the GSEs to borrowers on the low end of the credit scale. The factor most frequently cited was the elevated risk of "putbacks" of delinquent mortgages by Fannie and Freddie, who have stepped their demands that lenders repurchase loans with underwriting irregularities.

But nearly half of lenders said that, like homebuyers, they too have concerns about the outlook for home prices.

Loan originators also cited issues with borrowers being unable to obtain private mortgage insurance — which is required by Fannie and Freddie when borrowers make down payments of less than 20 percent — and higher premiums charged by insurers.

If tight-fisted underwriting standards have limited the impact of low mortgage rates, the same has been said of the Fed’s attempts to goose the economy by keeping long-term rates down. Loans are cheap, but hard to come by for many companies that power the economy — particularly small businesses, analysts say.

The Fed is currently trying to keep a lid on long-term interest rates through "Operation Twist," in which proceeds from $267 billion in maturing short-term Treasury bills are being shifted into long-term T-bills at the rate of $44 billion a month. It’s also reinvesting principal payments from its holdings of mortgage-backed securities (MBS) guaranteed by Fannie and Freddie into more of the same investments.

Fed policymakers must weigh whether expanding those programs — and possibly creating new ones — in a third round of "quantitative easing" will have much impact on the economy. Critics say the potential to stimulate the economy must be weighed against the risk of fueling inflation.

Testifying before lawmakers this week, Federal Reserve Chairman Ben Bernanke gave no clear indication of when — or even if — the Fed might take additional action.

If it’s not managed carefully, the European debt crisis could still cause "significant disruption in global financial markets," which would "inevitably pose significant challenges for our financial system and our economy," Bernanke said.

Bernanke also warned lawmakers to "take into account the fragility of the recovery" as the U.S. once again approaches its debt ceiling. If lawmakers can’t come to an agreement, the Congressional Budget Office has estimated that automatic tax increases and spending cuts scheduled to take effect at the end of the year will slash the federal budget deficit by $607 billion but trigger a shallow recession that could reduce the number of new jobs created in 2013 by 1.25 million.

That estimate of the impacts of the "fiscal cliff" doesn’t take into account public uncertainty about how the problem will be resolved, Bernanke noted.

"As you recall, market volatility spiked and confidence fell last summer, in part as a result of the protracted debate about the necessary increase in the debt ceiling," Bernanke testified. "Similar effects could ensue as the debt ceiling and other difficult fiscal issues come into clearer view toward the end of this year."

After Bernanke’s appearance, analysts surveyed by the Financial Times were mixed on the prospects for "QE3."

Julia Coronado of BNP Paribas expects Bernanke to make the case for QE3 at an August symposium in Jackson Hole, Wyo., and for the Federal Open Market Committee to green-light a further expansion of monetary policy at its Sept. 12-13 meeting.

Yardeni Research’s Ed Yardeni told the Financial Times that Bernanke may be losing faith in the ability of monetary policy to stimulate the economy through "shock and awe," and worry that Congress will not be able to reach a compromise on the budget. If that’s the case, Yardeni said, "then he might as well hold off from yet another round of easing until early next year."