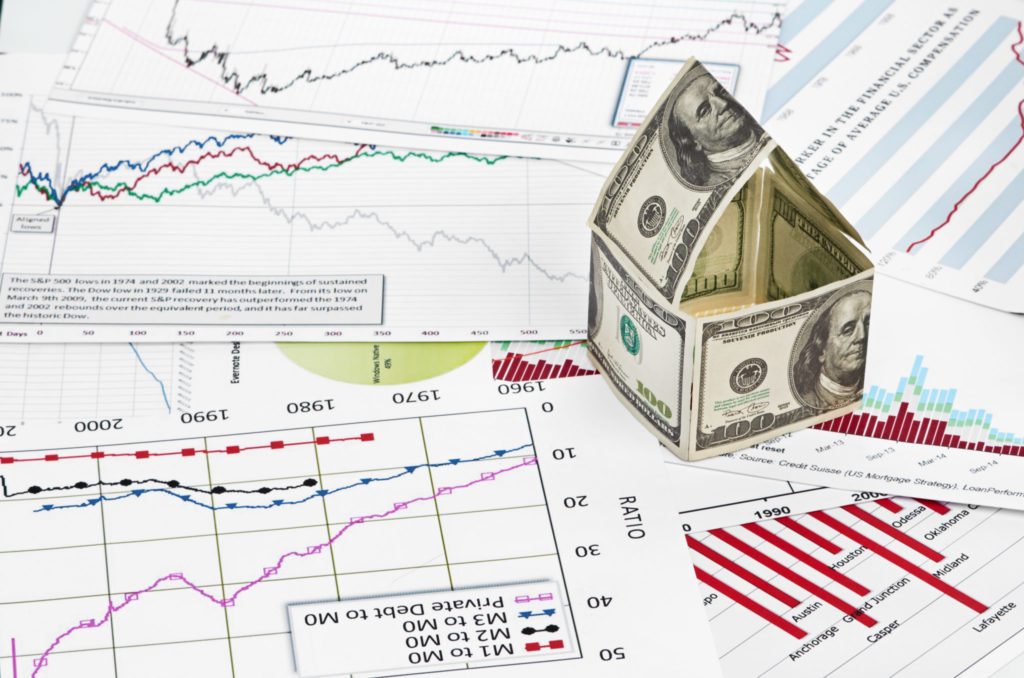 Allan Weiss, of Case-Shiller fame, has an idea he says could solve a fundamental problem with today’s housing market: homeowners pouring too much of their wealth into one asset.

“The typical American who wants to buy a home has to buy something that is twice as valuable as their net worth. They’re very undiversified,” Weiss said.

The CEO and founder of Weiss Residential Research is also the co-founder and former CEO of Case Shiller Weiss, which developed the widely followed Case-Shiller home price indices.

“I learned in grad school that you have to be very wealthy to be diversified and own a home. This conflict has not been resolved. The reason we started this company (Case Shiller Weiss) was to address this problem, not to create the Case-Shiller index.”

When home prices rose modestly and steadily in previous decades, a lack of variation in investment was “OK,” Weiss said, but “prices have become more volatile. And the down payment has been shrinking.”

Debt requirements have loosened so that many borrowers can afford to buy, but that “devil’s compromise” is becoming “increasingly dangerous,” he said.

Loan defaults have a ripple effect throughout the economy, Weiss said. “When somebody defaults, everybody defaults,” he said.

His solution? Encourage overleveraged homeowners to sell a share of their homes to investors.

Weiss envisions implementing the idea this way: Homeowners with at least 50 percent equity in their home would sell a share of that home to a passive investor. In return, the investor would be required to pay off the remainder of the mortgage, if there is one, and thereby eliminate the homeowners’ monthly payments and free up that money for the homeowners to make other investments. Those who own their home outright could sell a stake in their home for cash.

The homeowners would keep control of the home and be responsible for its maintenance and property taxes. The investor would be repaid when the house was sold and the repayment would be based on how much the home’s value has changed according to a house-specific index created by Weiss Residential Research.

The company has created indexes for nearly 50 million individual U.S. properties — a development the company calls “a breakthrough” in repeat sales home price indices, which previously covered neighborhoods or ZIP codes at their most granular level.

Weiss said in a statement that the idea for house-specific indices came from driving around the Boston area, where he noticed each house is in a unique location and can be quite different even from nearby homes.

For instance, in Weston, Mass., most homes lost value during the downturn, but a select few lower-priced homes maintained their value because the town has a very good school system and there’s always demand at the low end of the market from families looking to move in, Weiss said.

The indices are backed by a national database of more than 200 million property records dating back to 1987 and use what the company calls “Big Data techniques” and new algorithms to track an individual home’s value on a monthly basis and create forecasts to predict the home’s future value.

The return an investor receives on his or her share of a home would depend on the home’s value change according to its house-specific index rather than the selling price of the home. That means investors don’t have to worry about a home being poorly maintained or selling for too low a price, and homeowners can keep any gains from home improvements made above the market average, Weiss said.

Therefore, if an investor buys a $120,000 stake in a home and that home’s value has risen 10 percent, according to the index, by the time the home sells, then the homeowners pay the investor $132,000, regardless of what the home sold for. On the flip side, if the home’s value declines by 10 percent, the investor will receive $108,000, 10 percent less than his or her initial investment.

“Unlike a reverse mortgage, if home prices decline, the amount the homeowners must pay declines commensurately, so they will always retain equity in their home,” Weiss said.

Weiss calls this new product “Passive Index Equity,” or PIE. He obtained a patent for PIE in January 2013.

Investors can be protected in a few ways, including placing the investor on the deed as a tenant in common with the owner-occupant or describing the investor’s rights in a deed restriction, he said.

“Either way assures that the investor will repaid when the house sells,” Weiss said.

He said PIE was a “win-win” for homeowners and investors.

“The investor receives an indexed pure play investment in home prices without the hassle and cost of owning rental property,” Weiss said. “By employing this approach, homeowners can enjoy the full benefits of ownership without the risk of overconcentrating their assets in a single property.”

He cautioned, however, that PIE is not for every homeowner.

“If you think prices are only going to go up and you can handle your mortgage payments, you would never do this,” he said.

A separate spinoff company, to be formed likely sometime this quarter, will implement PIE, Weiss said. PIE is currently in a pilot phase and Weiss anticipates the spinoff will go into “full production” in the first or second quarter of 2014.

The company will work with networks of financial planners who want to help their clients diversify and perhaps mortgage bankers as well, Weiss said. PIE will be offered first to a few private investment funds and then serve as a clearinghouse where homeowners can submit their house for bid to various types of investors.

The company’s house-specific indices will be available on a subscription basis. Should they become widely available as intended, they could increase the volatility of home prices, making prices go down faster or go up faster than they otherwise would, Weiss said.

Prices will be “more like the stock market,” he said.

He anticipates that in the long run, however, PIE will increase home prices because it will make more capital available in the market and homeownership will feel safer and therefore more attractive.

When asked whether PIE would have tax consequences for homeowners, Weiss said he didn’t foresee any, but that he was “not an expert on the tax code.”

Would you sell a share of your home to an investor? Would you advise your clients to? What do you think will be the effect of house-specific indices? Let us know in the comments below.

Moody's: Banks face risks from bubble-era home equity loans
Back to top
Only 3 days left to register for Inman Connect Las Vegas before prices go up! Don't miss the premier event for real estate pros.Register Now ×
Limited Time Offer: Get 1 year of Inman Select for $199SUBSCRIBE×
Inmanpot
Log in
If you created your account with Google or Facebook
Don't have an account?
Create an Account
Forgot your password?
No Problem