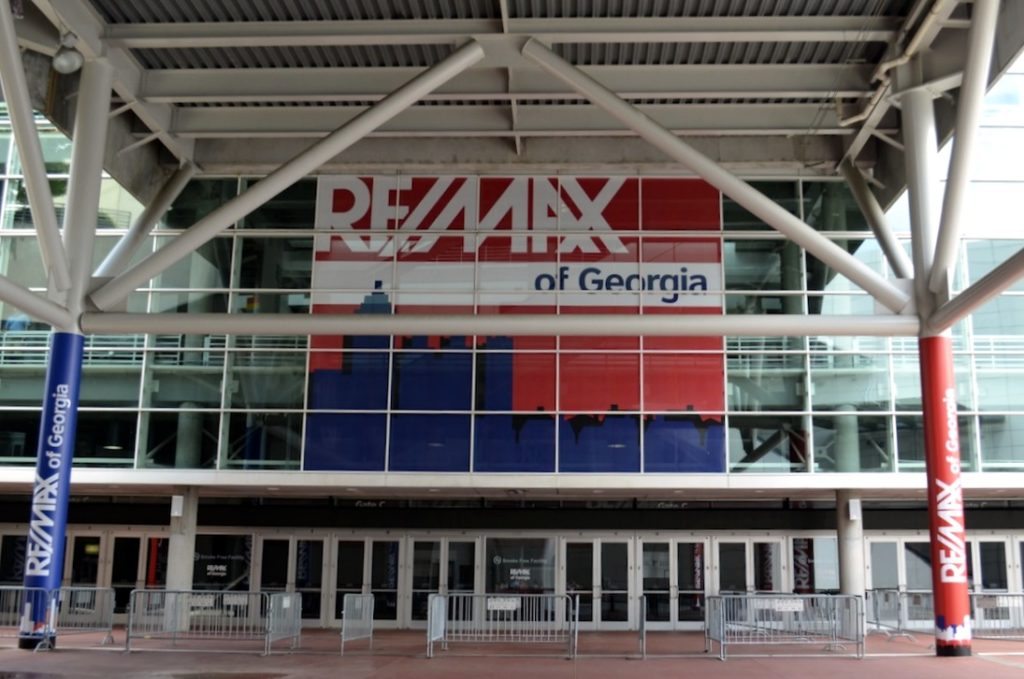 In addition to 8,000 square feet of promotional graphics, banners and wraps, the Re/Max name will be heard over the airwaves during the Falcons Game Day Live pregame show on CBS Atlanta, and Re/Max Regional Services will offer hot air balloon rides at select Falcons Landing events.

The company expects that the Georgia Dome visuals — to be unveiled Sept. 9 at a private reception for 200 Re/Max owners, brokers and agents from the Greater Atlanta metro area —  will be seen by more than 1.5 million people annually.

As the “Official Real Estate Partner of the Atlanta Falcons,” a team of Re/Max agents has also been created to represent Falcons associates buy and sell homes.

(Denver-based Re/Max LLC, which owns 10 of its 32 franchise regions in the U.S. and Canada, this month filed paperwork for an initial public offering, saying it plans to use $27.3 million of the proceeds from the IPO to reacquire franchise rights in the Central Atlantic and Southwest regions. That would boost the percentage of U.S. and Canadian Re/Max agents Re/Max LLC provides services to directly from 46 percent today to 54 percent).

“This partnership with the Atlanta Falcons shows our commitment to our brokers, owners, agents, to the Atlanta market and to our future Re/Max franchisees,” said Jay Garrity, sales and marketing director for Re/Max Regional Services, in a statement. “It is part of our sports marketing strategy to promote the Re/Max brand.”

In April, Re/Max Regional Services was a sponsor at the Atlanta Steeplechase, and also sponsored the No. 24 car of Ken Butler III in the 2013 NASCAR Nationwide series race at Atlanta Motor Speedway.

To boost website traffic, Century 21 Real Estate has run television ads in conjunction with the last two Super Bowls, sponsored an IndyCar and U.S. Soccer, and purchased TV ads during the 2012 Olympics.

Re/Max files preliminary papers for IPO
Back to top
Only 3 days left to register for Inman Connect Las Vegas before prices go up! Don't miss the premier event for real estate pros.Register Now ×
Limited Time Offer: Get 1 year of Inman Select for $199SUBSCRIBE×
Inmanpot
Log in
If you created your account with Google or Facebook
Don't have an account?
Create an Account
Forgot your password?
No Problem