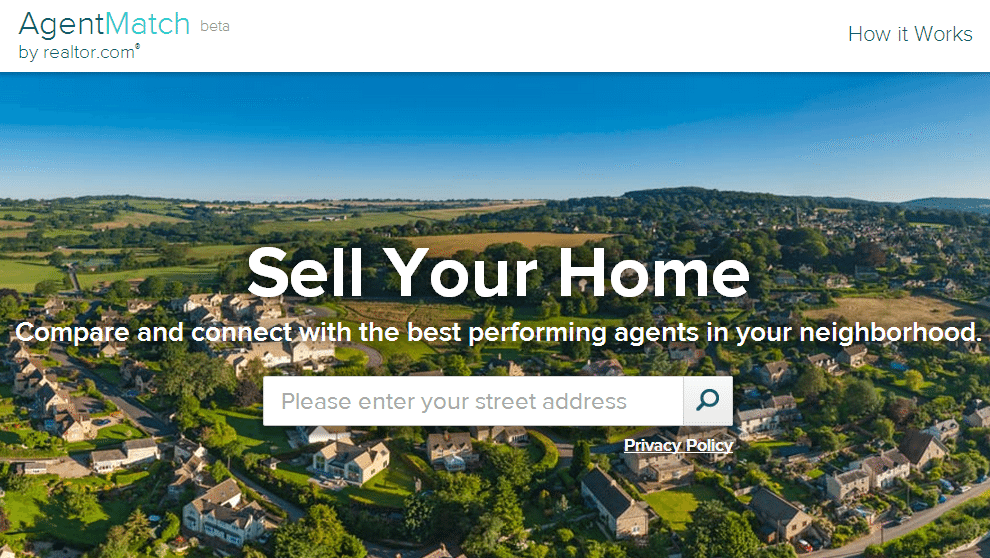 Realtor.com’s new agent matching tool is not yet out of beta, but has nonetheless attracted the attention of at least one competitor, NeighborCity.com.

NeighborCity has a similar tool, also called “AgentMatch,” that serves up agent recommendations based on transaction data. In its cease-and-desist letter, the company demanded Move stop using the term “Agent Match” in association with the marketing, sale, distribution, or identification of its products or services.

“Upon visiting the [agentmatch.realtor.com] site, it is astonishing to see that not only is the site infringing our registered mark, but that the look and feel of the site is substantially identical to that of Neighborcity.com, including the logo,” wrote Chris Miller, general counsel for American Home Realty Network.

“While we would like to think that this use is inadvertent, it seems unlikely given the litigated matters in which we are engaged with the National Association of Realtors.”

Errol Samuelson, Move’s chief strategy officer and realtor.com president, told Inman News he hadn’t even been aware that “Agent Match” was a term associated with NeighborCity, but that Move considered the term a description.

“It’s such a descriptive, generic term, we don’t believe it’s trademarkable,” he said.

Screen shot of the home page for realtor.com’s AgentMatch

Jonathan Cardella, American’s CEO, told Inman News he had talked to Errol Samuelson about AgentMatch over Thanksgiving of 2010.

“He was interested in purchasing AgentMatch because he thought it was the future of the industry,” Cardella said.

Cardella said he gave Samuelson a lot of information about AgentMatch at the time, but that Samuleson “went radio silent” afterward and he never heard from him again.

Samuelson said he had no recollection of such a discussion with Cardella.

“I have no recollection of ever talking to him about [NeighborCity’s AgentMatch],” he said.

“If we had been interested in buying NeighborCity, I would definitely remember,” he added.

Cardella said he had phone and, possibly, email records that would verify his claims.

“I’m surprised that he would claim that, and, in due time, I would be happy to produce those records,” Cardella said.

In the letter to Move, Miller alleged there was “a substantial likelihood that your business model derives from an infringement of our pending process patent.”

“It appears, from what we have learned about your plans for your agent evaluation business, that the processes used are substantially similar to the claims set forth in our patent application,” he added.

In the cease-and-desist letter, NeighborCity informed Move that, although it could not enforce its patent until issue, it was able to seek “provisional remedies” available, namely collecting royalty payments for use of the invention covered by the patent.

American registered its “Agent Match” service mark in 2009. The service covered by the mark was “Matching consumers with real estate professionals in the field of real estate services via computer network.” The company’s registration certificate noted that American’s first use of the mark was in 2007.

This is important in the sense that American’s registration of the mark was a supplemental registration, which provides less protection than a principal registration, according to the International Trademark Association.

“The Supplemental Register is reserved for nondistinctive marks that are capable of acquiring distinctiveness, but have not yet done so,” the association said.

There is, however, a presumption of distinctiveness after five years of “substantially continuous and exclusive use of a trademark in commerce.”

“A registration on the Supplemental Register will also block later-filed applications for confusingly similar marks for related goods,” the association added.

American’s letter requested that Move indicate its intention to cease and desist from using the trademark Agent Match, or any confusingly similar trademark, within 10 calendar days.

“If it becomes necessary, we would most likely file a complaint for injunctive relief and damages in the Northern District of California. We have been diligent about protecting this mark, and have sent several (cease-and-desist) letters to other companies who have complied with our request,” Miller told Inman News.

When asked what Move planned to do about the letter, Move spokeswoman Alison Schwartz said, “We don’t comment on legal matters. What’s more important is that we are focused on working with the industry to deliver the best experience possible to consumers. We are all about making real estate transactions happen, not commenting on this type of noise.”

Editor’s note: This story has been updated with additional comments from NeighborCity CEO Jonathan Cardella and a comment from Move spokeswoman Alison Schwartz. 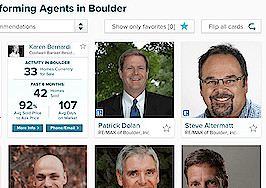 Trulia jumps nearly 10 percent on Realogy acquisition chatter
Back to top
TOMORROW: Leaders from eXp, Corcoran, RE/MAX, The Agency, and more are speaking virtually at Connect Now. Listen or watch live + receive the replays.Register Now×
Agent Appreciation Sale: Inman Select for only $85.CLAIM OFFER×
Inmanpot
Log in
If you created your account with Google or Facebook
Don't have an account?
Create an Account
Forgot your password?
No Problem