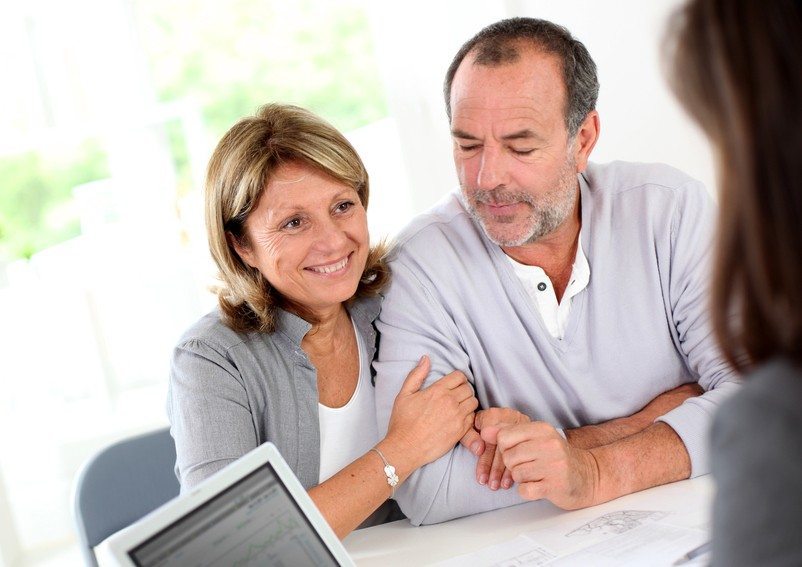 Real estate and mortgage lending industry leaders are largely positive about new mortgage disclosure forms released today by the federal government’s consumer watchdog — and it doesn’t hurt that they won’t be required to use the new forms for nearly two years.

The Consumer Financial Protection Bureau released a final rule requiring the use of new, simplified mortgage disclosure forms that are designed to make it easier for homebuyers to understand the terms of a mortgage, compare loan offers, and avoid “costly surprises” at closing.

The two “Know Before You Owe” forms will replace four current disclosure forms that lenders, industry groups and consumer groups alike have complained contain overlapping information and are confusing to consumers.

“Taking out a mortgage is one of the biggest financial decisions a consumer will ever make,” said CFPB Director Richard Cordray in a statement.

“Today’s rule is an important step toward the consumer having greater control over the mortgage loan process.”

Homebuyers currently get two disclosure forms whenever they apply for a mortgage, and two more at the closing table. Loan applicants get one loan disclosure form aimed at satisfying Truth in Lending Act requirements (the “TILA” form), detailing loan terms like annual percentage rate (APR).

Another form — the good faith estimate, or GFE — is required by the Real Estate Settlement Procedures Act (RESPA), and is intended to help borrowers evaluate their complete loan package, including closing costs like title insurance.

The RESPA mortgage disclosures in use today were put forward in 2008 by the Department of Housing and Urban Development, with the goal of making it easier for consumers to compare between loan packages, including settlement services.

HUD’s stated goal was to help consumers compare not only the rates and terms of different mortgage offers, but the price of services required by most lenders, such as title insurance. Industry groups fought implementation of HUD’s RESPA disclosure forms, and lenders were not required to use them until 2010.

At closing, consumers get another TILA disclosure detailing the terms of their mortgage, and a HUD-1 Settlement Statement itemizing additional closing costs.

The bureau requires that lenders provide loan applicants with a Loan Estimate within three business days after they submit a loan application. The Loan Estimate summarizes key loan terms and estimated loan and closing costs, and allows consumers to compare the costs and features of different loans.

Consumers must also receive a Closing Disclosure three business days before their closing date so that they can review final loan terms and costs in an “unpressured environment,” the CFPB said.

“This allows consumers time to confirm whether they are getting what they expected. It also gives consumers time to ask questions and negotiate over changes that have occurred. This is especially true for consumers who are refinancing and can more easily delay the closing of the loan,” the bureau added.

Both forms are similar in their layout so that consumers may more easily compare changes between the two. The rule restricts circumstances in which consumers can be required to pay more for settlement services than the amount stated on their Loan Estimate, requiring lenders have a “legitimate reason” for new or higher fees, the bureau said.

The CFPB conducted more than two years of extensive research, testing and review to come up with these final forms, including a study the bureau said confirmed that the new forms were easier to understand than the current forms.

“Testing showed that participants who used the CFPB’s new forms were better able to answer questions about a sample loan — a statistically significant improvement of 29 percent. Importantly, they were better able to decide whether they can afford the loan, including the cost of the loan over time,” the bureau said.

Dan Green, loan officer with Waterstone Mortgage in Cincinnati and author of The Mortgage Reports blog, said the new forms are “a step in the right direction.”

“Visually, the new forms are pleasant. Mortgage applicants may spend more time reviewing loan estimates than with [the] prior version of similar forms,” he said.

“Important loan terms are described plainly,” though whether or not the forms are “clear” is in the eye of the beholder, he added.

Boulder, Colo.-based mortgage broker and Inman News columnist Lou Barnes disagreed with the idea that the new forms are an improvement over the current forms. In his view, the challenge for the forms’  designers was to keep the forms simple enough that the people who most need protection can understand them, and offer comprehensive information at the same time.

“These new forms are a near-complete failure. Trying to do all things for all people they do very little for anybody. They are FAR too complex. Professionals will struggle to understand — just to know how to comply,” Barnes said.

He suggested the CFPB should expand the mandatory counseling it requires for some loan types or make counseling available at lender expense to anyone who wants it.

Unlike the last time mortgage disclosure forms were revamped, industry groups have responded mostly positively to the new forms, although not all had gotten the chance to fully review the 1,888 pages of rules governing their use.

The CFPB said it received more than 27,000 individual comments and emails on its original disclosure prototypes, and more than 3,000 comments on the final proposed rule.

In a statement, National Association of Realtors President Steve Brown said it is crucial that people understand all the costs and responsibilities of homeownership before signing on the dotted line.

“Realtors applaud new rules from the Consumer Financial Protection Bureau that will help homebuyers receive timely, accurate, and easy-to-understand information about their mortgage loan prior to closing,” he said.

“NAR will continue to review the new rules and their implementation and work with CFPB and our consumers and industry partners to ensure that consumers are not disadvantaged by any of the changes.”

Mortgage Bankers Association (MBA) President and CEO David H. Stevens reserved judgment on the rule itself, saying the trade group had yet to fully review all of the rule’s aspects, but was pleased that the rule will not go into effect until Aug. 1, 2015, given that the mortgage industry has been grappling with new qualified mortgage and qualified residential mortgage rules set to go into effect on Jan. 10.

“We are pleased that they recognized the enormity of change being implemented in the mortgage systems on Jan. 10,” Stevens said in a statement. “The August 2015 deadline is a clear recognition by the CFPB of how significant the change is and the time needed to implement this new rule.”

Don Frommeyer, president of the National Association of Mortgage Brokers, told National Mortgage News that the new disclosure forms seem oriented towards lenders, and might not be appropriate for mortgage brokers. One problem is that the forms don’t define whether lender-paid compensation is considered an origination fee, he said.

Korsmo added that the forms make improvements in the way they provide information to the consumer, but “fall short” in their disclosure of title-related fees to consumers.

“Telling a consumer that owner’s title insurance is ‘optional’ will mean that homebuyers may not be afforded the same protection that lenders receive from a title insurance policy,” she said in a statement.

Nonetheless, Korsmo praised the CFPB’s decision not to include title insurance in calculations of annual percentage rate on the new forms.

“We applaud the CFPB for listening to our members and eliminating the ‘All In’ APR, as it would not help consumers shop for a mortgage and could limit their settlement choices,” she said in a statement.

Mark Calabria, director of financial regulation studies at the Cato Institute, told Bloomberg News the change could have pressured the title industry’s profits.

“If title insurance is part of the calculation, then lenders can negotiate volume discounts and push down the price that title insurers can charge,” Calabria said. “Right now, the rules let the title insurers maintain a cartel.”

Korsmo praised the bureau’s endeavors to limit possible closing delays after hearing concerns from the industry regarding the three-day requirement.

“Limiting the instances of delays in real estate transactions will help to ensure a positive experience for the consumer at the closing table,” she said.

Diane Cipa, general manager of title insurance firm The Closing Specialists, anticipates that the new rule could mean a major change in the timing of a transaction, however. She hadn’t yet gotten a chance to review the entire rule, but said the three-day disclosure rule means Realtors will need to get paperwork in to their settlement agents early “because last-minute additions won’t fly.”

“We are just so used to being able to make last-minute changes. Whether it’s a repair bill or perhaps a brokerage fee statement, these types of invoices often come to the settlement agent at the last minute from the Realtor,” Cipa said.

“Everyone in the industry — lenders, settlement agents and Realtors — will have to change the way [they] think about time. The idea of whipping a transaction together on the fly won’t likely happen under these new rules, even if the consumer wants that kind of fast transaction.

A previous version of the rule had added an additional three days to the three-day requirement for a disclosure delivered via the U.S. Postal Service or email rather than by hand, she said. While the final rule seems to have eliminated those additional three days for email delivery, Cipa said she needed to read the rule thoroughly to be certain.

“I need to read through the examples to make sure that just sending a disclosure by email suffices or are there requirements to verify receipt,” she said.

She also plans to look closely at how the final rule handles lender-affiliated businesses.

“In prior versions, lenders with 25 percent or more ownership in affiliates had special rules. I’ll be checking that closely tonight,” she said.

All in all, Cipa said she liked the new forms and time would tell whether they will be easier for consumers to understand.

“From my staff perspective, we, like most in the title insurance business, are used to dealing with ever changing rules. We’ll make it work,” she said.

Editor’s note: This story has been updated to include comments from Inman News columnist and mortgage broker Lou Barnes.

Appraisals, new mortgage rules expected to derail some 2014 sales
Back to top
New January Connect speakers added: M. Ryan Gorman, Josh Team, Glenn Kelman and more.SEE THE SPEAKERS×
Inmanpot
Log in
If you created your account with Google or Facebook
Don't have an account?
Create an Account
Forgot your password?
No Problem