NEW YORK — Joseph “Joe” Rand has what he says is one “golden rule” to profitability, at least when it comes to expenses: Pay as little as possible, only for what your agents really value, and pay for nothing else — unless they’re wrong.

He spoke to a roomful of his colleagues at Real Estate Connect New York City today in a session called “Survival War Room for Brokers.”

“If your business model is aligned with what your agents value, you’ll be just fine. It really depends on you being a good operator and executing on that,” Rand said.

But sometimes there’s a disconnect between what agents want and what we think they want, he added.

For instance, his brokerage used to pay for personal assistants for their most successful agents. But then the industry changed and the agents didn’t need those assistants as much, so the firm allowed the agents to spend that money on marketing.

“But then they were spending on marketing just because they had it,” Rand said.

So, the firm instead added about three or four points to the splits it was offering the agents. That way, an agent who wanted a personal assistant could pay for it himself with the extra dough.

Whether agents are willing to pay for something themselves is a test of whether they truly value something, Rand said.

For example, he would love to give every one of his agents an iPad, but he doesn’t think his agents would be willing to pay for it.

The exception to this is when agents won’t pay for something, but Rand thinks they’re wrong.

For instance, the brokerage’s franchisor, Better Homes and Gardens Real Estate, just rolled out RealSatisfied, a service that provides client feedback to agents and brokers based on surveys it sends out on their behalf. If the franchisor hadn’t begun offering the service, Rand said, he would have been willing to pay for it himself.

He thinks agent ratings are important, though he joked that some of his agents would probably be willing to pay him to opt out of the service.

“I think competency is the great white whale in this industry,” Rand said.

There are some brokers who wouldn’t trust their agents to handle their own account and yet they are inflicting them on actual paying clients, he said.

“I want to know [about agent performance] and I think, at some point, clients are going to want to know,” he added. 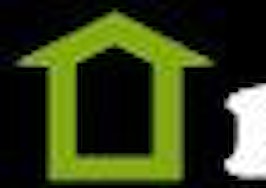 RealSatisfied signs up its first Realtor association, NC-based Pinehurst-Southern Pines
Back to top
Only 3 days left to register for Inman Connect Las Vegas before prices go up! Don't miss the premier event for real estate pros.Register Now ×
Limited Time Offer: Get 1 year of Inman Select for $199SUBSCRIBE×
Inmanpot
Log in
If you created your account with Google or Facebook
Don't have an account?
Create an Account
Forgot your password?
No Problem