Ten multiple listing services have recently signed up to offer their members N-Play’s Internet Data Exchange (IDX) listings search application for agent and broker Facebook pages, bringing the total number of MLSs offering the app to 110. Those MLSs represent nearly 700,000 agents and are the caretakers of data on 1.35 million listings.

That’s double the number of MLSs Jacksonville, Fla.-based N-Play had signed at this time a year ago, when it announced deals with San Diego-based Sandicor and the largest MLS in the nation: San Dimas, Calif.-based California Regional MLS (CRMLS).

All told, the company says eight of the 10 largest MLSs in the country have introduced the app, which allows agents to display active MLS listings in their market right from their Facebook business page.

“Every day, more buyers and sellers look to Facebook to connect with agents and search for homes,” said Jeffrey Gellman, N-Play’s director of MLS services, in a statement.

“Leveraging Facebook’s massive social connectivity extends the agent’s reach by meeting consumers where they spend the majority of their online time.”

Last month, N-Play announced that 1 in 4 of the estimated 1 million real estate agents on Facebook use its Real Estate Agent Directory, which allows Facebook users to find agents based on location and expertise.

Toward the end of last year, N-Play launched “Dream Sweeps,” a Facebook sweepstakes service that posts monthly themed contests on agent and broker Facebook pages that tempt users with prizes ranging from $500 to $1,000 each month — awarded by N-Play, not service users.

Another player in this space has been Los Angeles-area software company AppLa.Bz, which has developed a similar Facebook IDX application and signed up Sandicor, Northern Colorado MLS Information and Real Estate Services (IRES), and Lisle, Ill.-based MLS MRED. 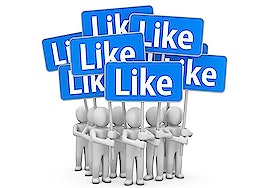 N-Play says 1 million agents are on Facebook, and 1 in 4 use its directory 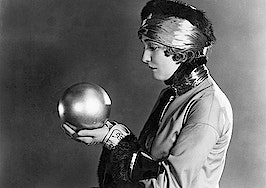 SmartZip now helps agents target sellers with geotargeted Facebook ads
Back to top
TOMORROW: Leaders from eXp, Corcoran, RE/MAX, The Agency, and more are speaking virtually at Connect Now. Listen or watch live + receive the replays.Register Now×
Agent Appreciation Sale: Inman Select for only $85.CLAIM OFFER×
Inmanpot
Log in
If you created your account with Google or Facebook
Don't have an account?
Create an Account
Forgot your password?
No Problem