The changes, which include a simplified design site-wide and streamlined home search filters, were prompted by extensive research on buyer and seller online habits and behaviors, Jennifer Alter Warden, president of residential sales at Baird & Warner, told Inman News.

“We wanted to give more color on what it feels like to live (in a particular neighborhood),” said Peter Papakyriacou, vice president of marketing for Baird & Warner.

The site revamp — the firm’s eighth since launching it in 1996 — also reduced the number of search filters on the home page from six to three. Consumers can now search by the firm’s “luxury living” listings, new listings and open houses.

The firm also wanted to highlight its agents’ neighborhood expertise with the update, Warden said. That’s where the StreetAdvisor-powered platform comes in.

StreetAdvisor, which launched in 2007 as a neighborhood information site powered by those who actually lived in the communities they reviewed and rated on the site, released a broker-focused version of its platform in 2012.

The broker version, StreetAdvisor Pro, allows brokerages to tap StreetAdvisor’s crowdsourced ratings for neighborhoods and to highlight their agents as neighborhood experts on a white-labeled version of the site. A number of brokerages, including Rye Brook, New York-based Houlihan Lawrence and Cincinnati-based brokerage Comey and Shepherd Realtors, have signed up for StreetAdviser Pro. 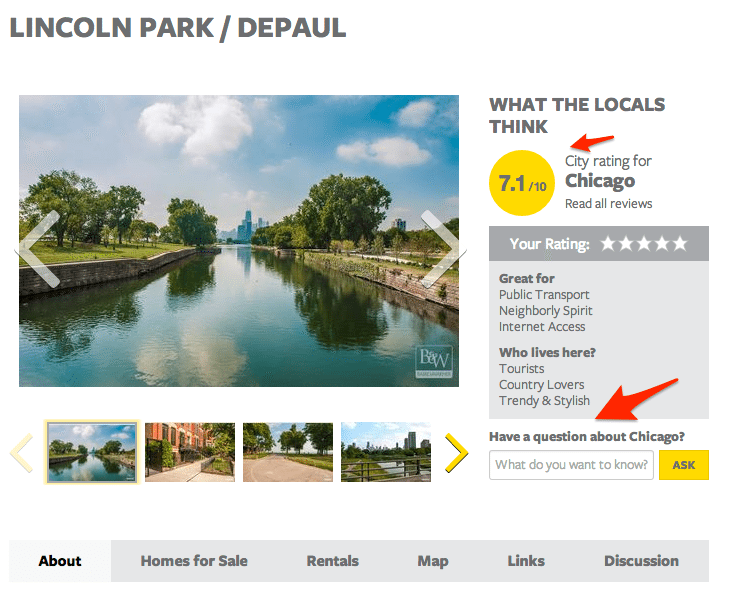 Neighborhood pages on Baird & Warner’s new site, like the one above for Chicago’s Lincoln Park/DePaul neighborhood, include ratings and agent Q&A powered by StreetAdvisor.

StreetAdvisor also powers a Q&A platform that allows consumers to ask questions about a neighborhood on the site and receive publicly viewable answers from Baird & Warner agents.

Neighborhood search has been a hot new feature for firms to add to websites.

In March, Baird & Warner’s Chicago-based competitor @properties also released a new neighborhood-focused website, complete with map overlays that define neighborhood boundaries, the ability for consumers to search for homes by school attendance zone boundaries, and in-depth write-ups on more than 40 of the metro’s ‘hoods, towns and high-rise condos.

@properties’ new site also now highlights a home’s proximity to public transportation and local amenities on its detail page on the site.

In 2012, San Francisco Bay Area-based Alain Pinel Realtors released a new website with a design based around integrating consumers’ lifestyle and neighborhood interests in their home search experience on the site.

However, some brokerages are embracing other ways to attract consumers.

In April, Shelton, Connecticut-based William Raveis Real Estate Inc. rolled out a new site connecting consumers with its people through videos prominently placed on the site and a proprietary market-forecasting tool. 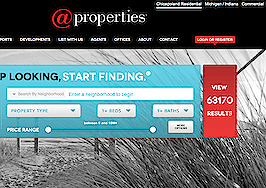 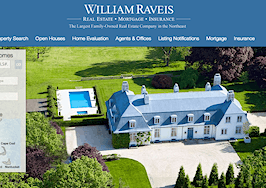 William Raveis says it's the first to offer real estate market forecasting tool
Back to top
Only 3 days left to register for Inman Connect Las Vegas before prices go up! Don't miss the premier event for real estate pros.Register Now ×
Limited Time Offer: Get 1 year of Inman Select for $199SUBSCRIBE×
Inmanpot
Log in
If you created your account with Google or Facebook
Don't have an account?
Create an Account
Forgot your password?
No Problem