Urban Compass, the young tech-focused brokerage startup valued at $360 million, has taken its first step out New York City with its acquisition of Lindsay Reishman Real Estate, a 25-agent firm in Washington, D.C.

Just 18 months old, Urban Compass launched first as a rentals brokerage but jumped into the sales side of the business last October. It now has 125 agents and 70 employees.

The move into the nation’s capital represents the beginning of Urban Compass’ plans to expand nationwide. The firm, which raised $40 million in a Series B funding round in July, has its sights set on opening shop in two or three new cities sometime next year, said Urban Compass CEO Robert Reffkin.

The firm is currently looking for partners in Boston, Los Angeles, Miami and San Francisco to expand in those cities, Reffkin said.

Urban Compass claims to be the only brokerage in the country to offer its agents a full-service app that melds a customer relationship management platform, a lead management system, in-house market research and more into one platform.

The marriage of technology and brokerage operations epitomized by Urban Compass and companies like Redfin, ZipRealty and Surefield has gradually been displacing the idea that the Internet would disintermediate real estate agents.

Earlier this week, the huge Pittsburgh-based brokerage Howard Hanna Real Estate Services acquired the lead management firm One Cavo to power both its CRM and its management of online leads.

Redfin raised $50 million last November and currently operates in 29 markets across the U.S.

Reffkin says Urban Compass is betting on three differentiators to catapult it to success: a proprietary full-service app for agents, an in-house research and data team, and targeted exposure for its luxury listings.

The full-service agent app and the firm’s consumer app is key for attracting both agents and clients, Reffkin said.

In addition to a full-fledged CRM, the agent app syncs with agents’ deal histories and current listings. It also allows agents to collaborate with homebuyers, set up search alerts, and ties into Urban Compass’ valuation system and other data that helps agents access info fast, Reffkin said.

On top of all the technology, Urban Compass is also laser-focused on culture. “We hire just 14 percent of the agents we interview,” Reffkin said.

All agents go through three rounds of interviews that include up to six Urban Compass staff. If just one person isn’t satisfied with a candidate, he or she isn’t hired, Reffkin said.

Reishman’s culture fit made him and his firm a good candidate for Urban Compass’ first foray out of New York City, Reffkin said.

In addition, D.C. was an attractive first market to branch out to because Urban Compass has over 100 corporate relocation partners in New York, which frequently facilitate moves between New York and the nation’s capital, Reffkin said. 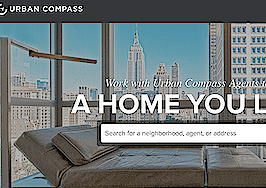 Urban Compass valued at $360 million in latest funding round 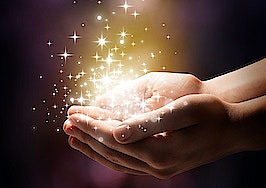 Howard Hanna acquires lead management firm
Back to top
Only 3 days left to register for Inman Connect Las Vegas before prices go up! Don't miss the premier event for real estate pros.Register Now ×
Limited Time Offer: Get 1 year of Inman Select for $199SUBSCRIBE×
Inmanpot
Log in
If you created your account with Google or Facebook
Don't have an account?
Create an Account
Forgot your password?
No Problem