Redfin has set up shop in St. Louis, opening the door for buyers and sellers in the area to team up with its tech-fueled real estate agent team, and continuing the discount broker’s aggressive push into new markets.

“We’re thankful for a warm welcome from St. Louis’ tech and real estate communities, and we’re excited to see how consumers here like using our online and mobile tools and working with our service-obsessed agents,” Reitman said in a statement. 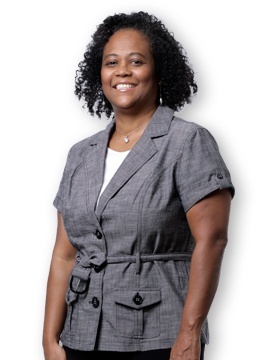 Tamika Evans, who has worked in real estate since 2001 and obtained her broker’s license in 2009, will lead Redfin’s St. Louis team, which at the moment consists of Evans and one associate agent, Mala Boara.

In announcing the expansion into St. Louis, Redfin repeated its longtime marketing pitch that it “uniquely aligns” the interests of agents and customers. Redfin says that’s because “agents are paid a salary and receive benefits, with customer satisfaction ratings — not transactions — determining each agent’s bonuses.”

Some have questioned that claim, because Redfin agents are paid a bonus that’s tied to price point, not just customer satisfaction, on a per-deal basis. That would mean that Redfin doesn’t only reward agents based on customer satisfaction; it also incentivizes them — at least to some degree — to close a high volume of deals at high price points.

Redfin also prides itself on providing transparency to consumers. To that end, it publishes all its agents’ customer satisfaction ratings online.

In addition to offering its agents a salary and benefits, Redfin also furnishes agents with proprietary tech tools, logistical support and leads generated by its populate website.

Redfin says that frees up its agents’ time to work with more clients at once than a traditional agent, allowing the brokerage to refund up to half of its buyer’s agent fee, and charge sellers a lower commission rate than traditional brokerages, saving the typical seller an amount equal to 1.5 percent of their home’s sale price.

St. Louis is Redfin’s sixth new market this year. On Tuesday, the company announced its entry into New Mexico with the opening of an Albuquerque office. In January, Redfin expanded to Nashville and Memphis in Tennessee and Naples and Fort Myers in southwest Florida.

In some markets where it belongs to the local multiple listing service but doesn’t have its own agents, Redfin refers business to “partner agents” at other brokerages. Redfin said last year it would no longer employ what some have characterized as a “paper brokerage” model to expand into new markets.

The firm has hired agents and is in the process of turning on search in Maine, New Hampshire, South Carolina and Vermont, Redfin spokeswoman Katy Klein said. When those markets get up and running, Redfin will power listing searches in 30 states.

Editor’s note: This story has been updated to clarify that Redfin now powers search in 26 states with its expansion into St. Louis. It will power search in 30 states when it finalizes its pending expansion to four additional states.