Redfin CEO Glenn Kelman said on “60 Minutes” in 2007, “Real estate, by far, is the most screwed-up industry in America.”

Despite early rally cries like this from Redfin, in recent years the company has begun in some ways to look more like a traditional real estate firm, steadily tweaking its compensation model and other differentiators that have historically set it apart from competitors.

But its rebates have declined considerably, and agents now earn most of their money from bonuses that are tied, not just to customer satisfaction, but also to the number and price points of the deals that they close.

The brokerage also requires full-time agents to spend much more time working with clients in person than in the past, and refrain from delegating on-the-ground tasks, like home tours, too often to freelancers.

“The history of any retail business is one of adaptation and iteration,” Kelman said about Redfin’s journey. “I’ve learned a ton from the traditional industry. I’d be a fool” to suggest otherwise.

Redfin still has a “fundamentally different orientation,” though, he said.

Traditional brokerages often focus on acquiring as many agents as possible, who as contractors, may operate mostly as they please. Redfin provides structure and resources to agents who actively promote both productivity and accountability, Kelman said. 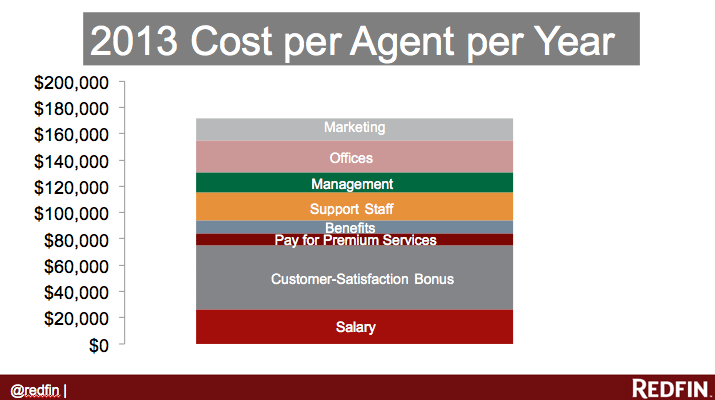 Yet she said she earned annual income of over $100,000 at Redfin that year, well over twice as much as the median gross annual income of a Realtor, according to the National Association of Realtors.

The reason Paro, now an agent at Washington, D.C.-based Century 21 Redwood Realty, was able to bring home so much bacon while earning such small bonuses boils down to Redfin’s unique business model.

Redfin agents don’t have to spend nearly as much time drumming up business as their traditional counterparts.

They can focus on closing deals because Redfin feeds them a steady stream of leads captured through its website. Redfin boasts the most popular broker site, with around 6 million unique visitors in June 2014, according to comScore. 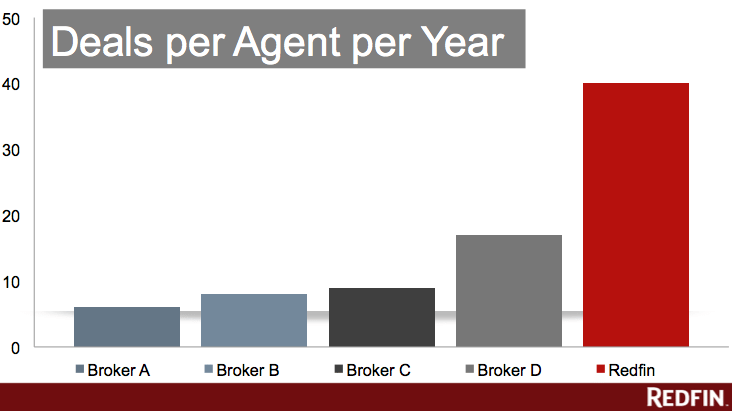 Redfin agents can also lean on “coordinators,” who are full-time employees who help with scheduling and paperwork, and “associate agents,” who are contractors paid flat fees (customer satisfaction doesn’t affect their wages) to conduct showings and attend events like home inspections.

“They really expand my bandwidth,” said Mia Simon, a Silicon Valley-based Redfin agent who works with somewhere around 25 buyers at any given time.

Simon said she prizes Redfin’s “startup vibe” and mission to make “all of our clients deliriously happy.”

The support that Redfin provides its agents explains why they close four times as many deals as the average agent, according to Redfin. (The fact that, unlike Redfin agents, many Realtors don’t work full time or in teams may also help partly explain the gap between the earnings and productivity of Redfin agents and the average agent.)

Another big reason Paro earned what she did at Redfin: Like other deal-writing Redfin agents, she earned a salary — in her case, about $40,000, she said.

By maximizing efficiency in real estate brokerage, Redfin has also been able to offer buyer’s rebates to clients. 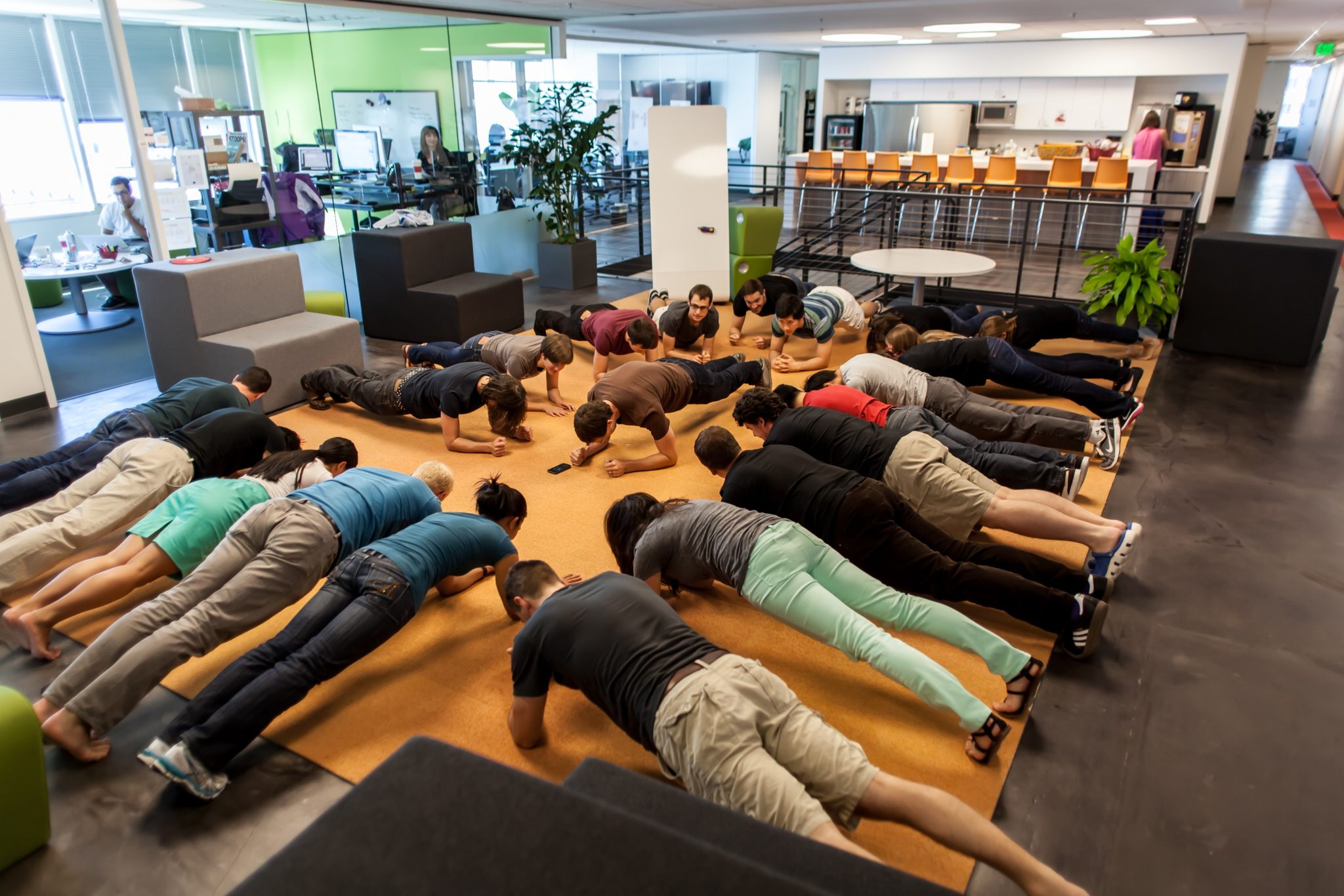 Yet while Redfin remains distinct from competitors, the company has in some ways gravitated towards a more traditional brokerage model.

In 2006, Redfin brought on agents as employees, paying them salaries and benefits, along with quarterly bonuses based on the average satisfaction rating that they received from clients.

Such a compensation model, Redfin reasoned, would motivate agents to provide a better customer experience than agents paid on commission, who, at least theoretically, are financially incentivized to close as many deals as possible at the highest prices possible.

Redfin also tried to hold agents accountable by publishing reviews from their clients, a practice that continues to differentiate it from many competitors.

Redfin’s profile on Allie Howard, the first real estate agent hired by the broker, makes 462 reviews of Howard from clients available for viewing by the public.

But the way Redfin agents earn money has changed over time. Allie Howard, a Seattle-based employee who was the first agent hired by Redfin, estimates that her salary now comprises about a third of her total compensation, down from about three-quarters in 2006.

The firm learned early on that paying top producers the same as mediocre agents was bad for business and morale, so it started paying a bonus on every deal.

“We actually had a revolt because there was one person who just refused to take on any clients except for one client in a blue moon, so we need to have more balance in the model that rewards hard work,” Kelman said.

Later, Redfin tied bonuses to the price points of deals (before price did not affect an agent’s bonus).

“We just had to pay agents who were selling multimillion-dollar homes more money; we couldn’t retain the best talent,” Kelman said.

For buyer’s agents, the bonus came to depend partly on the “price bucket” that a home’s asking price (not sales price) fell into.

Kelman said the maximum bonus on a $500,000 home for a buyer’s agent is around $1,000. Redfin would not provide details on ranges of any price buckets. 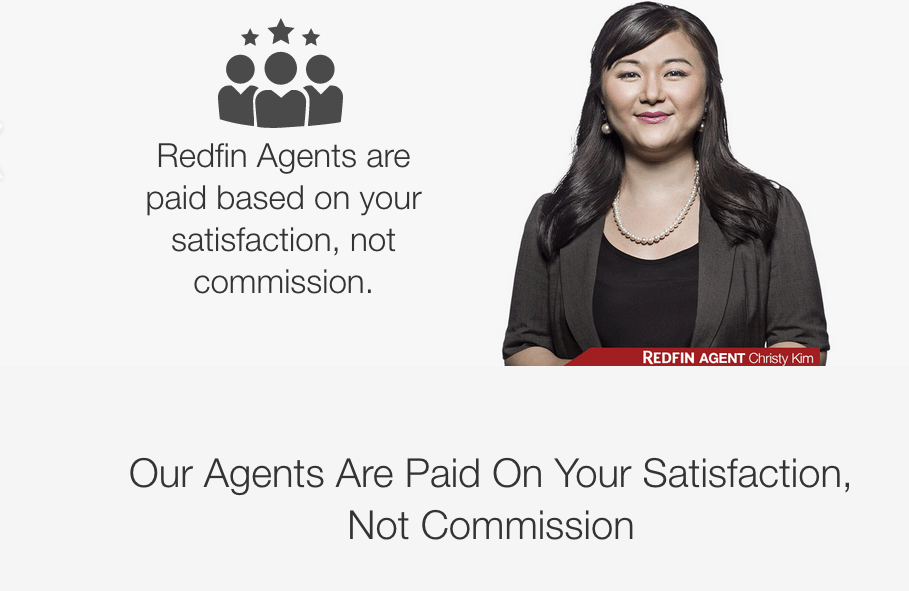 Redfin tied the bonus to asking price to ensure that it did not create the “disincentive” that exists for agents paid on commission to negotiate down a price, Kelman said.

No agent paid on commission is going to pressure a client to offer $520,000 for a home without multiple bidders that’s listed at $500,000, even though that would increase the agent’s commission if the offer were accepted, Kelman said.

But why not just pay bonuses based on a percentage of the asking price?

Kelman said the reason is to guard against the incentive an agent paid on commission might have to encourage a buyer to purchase a more expensive home. 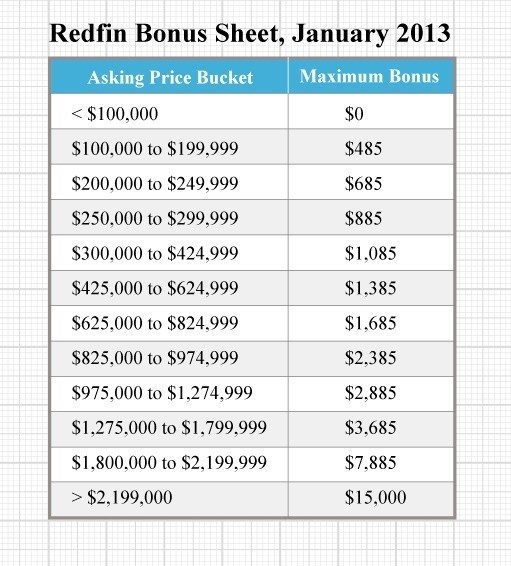 Source: 2013 bonus sheet numbers provided by a former Redfin employee. Redfin said it could not confirm the numbers. Redfin told Inman News it increased its bonuses in 2014.

“With homes over $1 million, the bonuses can increase by thousands of dollars between price bands,” Smith said (see chart above). “In rare circumstances, where a client is considering homes that fall into different price bands, the agent might be incentivized to direct their client toward the higher-priced property.”

“It’s something I agonized over, and it’s why there is no perfect compensation plan,” Kelman said, when asked about that scenario. 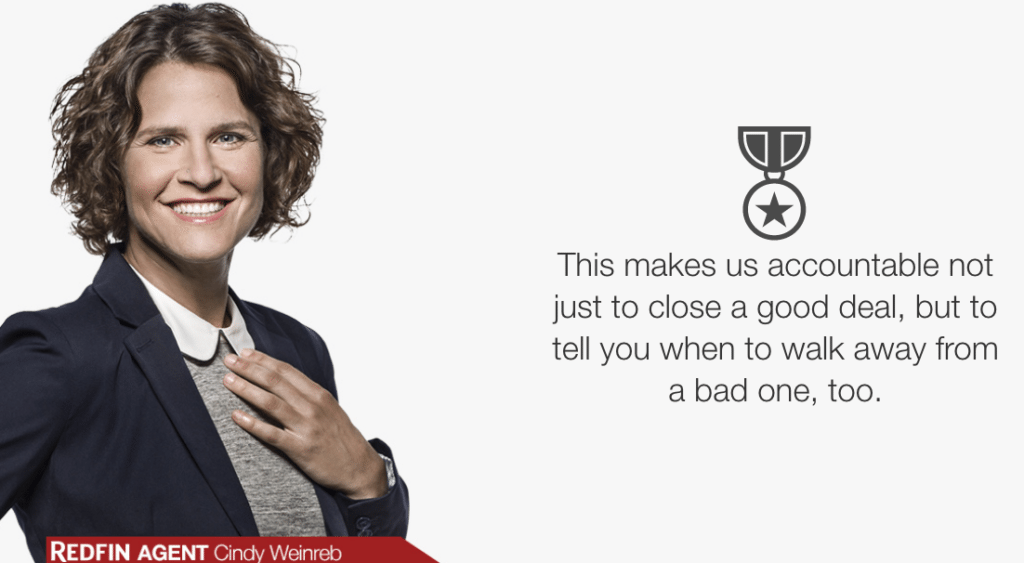 Screen shot of Redfin’s website explaining the rationale for paying its agents “on your satisfaction, not commission.”

He added that buckets covering the higher end of the market span larger ranges than other buckets, implying that such a situation is less likely to occur in higher price tiers.

Redfin made the latest major change to its compensation model in 2012, when it began paying buyer’s agents a bonus on every deal, even when an agent received a poor customer satisfaction rating.

Redfin agents used to never see a dime on a deal that resulted in a poor rating, but now they make half of what they do for earning a top grade.

The company may have steadily scaled back customer satisfaction’s influence on compensation, but he says that he’s not aware of any other business “that has so much money riding on whether the client is happy.”

But some in the industry grumble that Redfin’s claim that it does not pay based on commission — which it trumpets on its website and in TV commercials — is misleading.

“If they get a fee, however large or small, tied to a result, that is a commission,” said Briarcliff Manor, New York-based broker Phil Faranda, who said he used to accept referrals from Redfin as part of its partner agent program. “They can call it a bonus, they can call it an incentive, but that’s what it is.”

Kevin Lisota, owner of Seattle-based brokerage Findwell, says he thinks compensating agents based on the number and price points of deals they close makes perfect sense, but that Redfin “saying their agents are ‘not paid on commission’ in their advertising is simply no longer true and hasn’t been for some time now.”

As Redfin has retooled its compensation plan, it’s also boosted agents’ overall pay. The average Redfin agent’s annual compensation grew by 31 percent from 2012 to 2013 after already climbing substantially from 2008 to 2012, according to Redfin spokeswoman Rachel Musiker.

Partly so it could afford to ratchet up its agents’ compensation, Redfin has gradually scaled back the average rebate it offers to buyers from about two-thirds of a buyer’s side commission to about one third — though it just began trying to offer deeper discounts to sellers.

The additional revenue earned by tapering rebates also has helped Redfin afford to pay agents the same or more to handle a fewer number of clients, in an effort to nudge agents to spend more time in person with clients.

“We wanted agents to meet face to face, and we had to reduce productivity so they had the time to do that,” Kelman said.

The policy has reduced the role of associate agents — those agents paid flat fees by Redfin to conduct showings or attend events, in some key steps of the homebuying process — and placed clients more in the hands of full-time agents.

And it contrasts sharply with Redfin’s original approach to real estate, when its agents used to only work with clients remotely, never once meeting them in person.

“The entire team isn’t paid by the agent; it’s supported by the brokerage, and they’re using a technology platform that helps them work together better,” he said.

“Even though we have taken some elements from the traditional industry, in other ways, we’ve become more radical,” he added, citing examples including the online 3-D models and analytics on listing Web traffic that Redfin provides to sellers.

“I think that Redfin is adopting many traditional practices, but I would be shocked if they ever became a completely traditional company,” he said.

Added Kelman: “It’s kind of immaterial to me whether you want to give credit to the industry, or say that [Redfin] is something different — it’s what the customer wants and I would argue that it is different.” 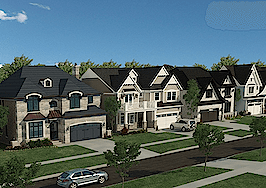 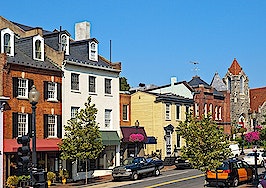 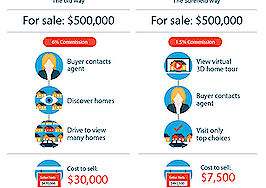 Redfin co-founder David Eraker is back with a completely new real estate brokerage model
Back to top
Only 3 days left to register for Inman Connect Las Vegas before prices go up! Don't miss the premier event for real estate pros.Register Now ×
Limited Time Offer: Get 1 year of Inman Select for $199SUBSCRIBE×
Inmanpot
Log in
If you created your account with Google or Facebook
Don't have an account?
Create an Account
Forgot your password?
No Problem